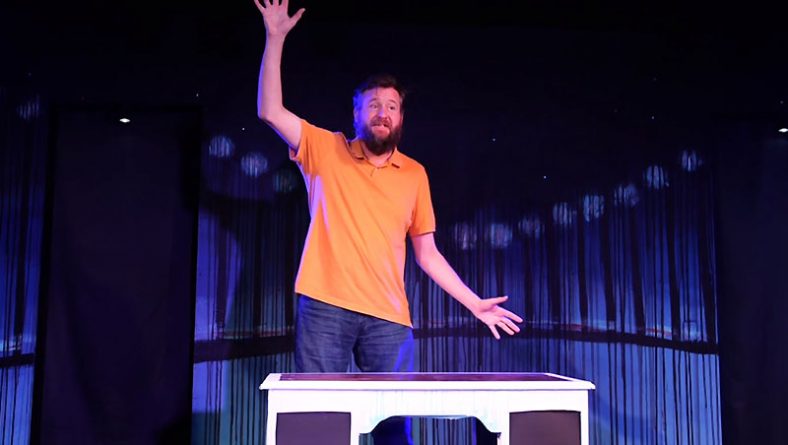 After Several In Theatre Postponements Due to Pandemic Lockdowns Negatunity Will Finally Make It’s Premiere Online Instead. Robert Tuomi reviews the play ahead of it’s limited time public release.

In the few seconds it takes life weary technical writer Singleton Kastamangas to rocket to his death in the aftermath of jumping off the Ambassador Bridge we are actually able to see him as he sees his life flash before his eyes. It is something called slow motion perception which slows time and gives our protagonist Michael K. Potter, in the leading role, more than enough liberty to waffle though a life not well lived while wearing a shirt accused of making him, for all intents and purposes, look impotent. It is actually a polo and not really a traditional shirt which, in the case of local playwright Matthew St. Amand’s Negatunity, is largely, the impotent part, to a great extent, the metaphor for Singleton’s life as he knows it. 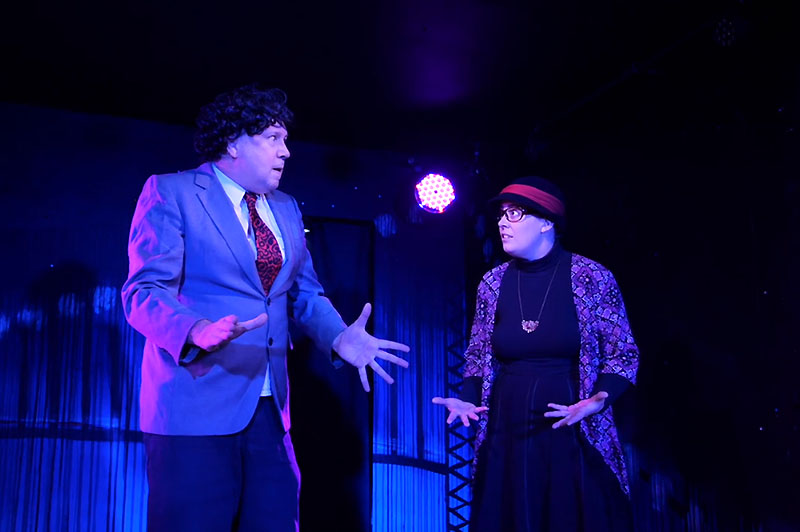 As the one-time award-winning high school playwriter, a high school award but nonetheless an award, Singleton drops deeper into the classic life Bob Newhart endured as the hapless Bob Hartley while portraying both a hotelier and do it yourself author in the classic American sitcom suitably titled Newhart. Like Hartley before him, Singleton also has a few technical gems under his belt, none ready for the New York Times. But where Newhart manages to turn disappointments into justice for the laugh track, Singleton has clearly been delivered a handsome truckload of lemons and suffers the opportunities of Negatunity, the precise, or possibly not precise, turn of events of creating Gatorade out of these lemons.

As he points out, figuratively, there is no Gatorade for those of his generation who wrestle with the promises of a bright future blocked by the reality of too many students chasing just the right paths to plot their own successes. It is also abstractly related, as we find out, that Singleton’s company is hardly able to even effectively and efficiently plot the moves of a modern industrial robot, which worries Singleton. 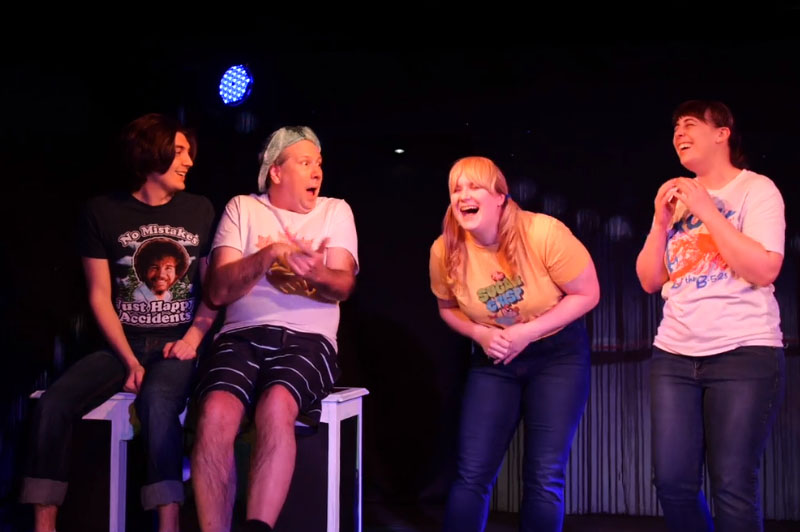 Potter is surrounded and aided by the continually of the on the mark cast of Rebecca S. Mickle, Joey Ouellette, Nikolas Prsa and Fay Lynn who, collectively, give us an appropriate internalization of the very issues which leads Singleton to follow an insufferable and irreversible march to the Ambassador Bridge. While Newhart faced unusual events, each with redeeming comic value, the events of Singleton’s life are so oppositely abnormal as to be normal personified. In this Amand shows his brilliance by giving the audience the delightful task of acting as theatre seat sleuths to actively pinpoint how each event accumulated in the Ambassador Bridge jump and leading up to Singleton’s own conclusion.

This is not saying there is no comedy in Negatunity. No sir, there is considerable, which somewhat lightens the darkness. One of the most outstanding is Singleton’s attempt to purchase a morning coffee but having to stand behind a customer wearing the ironic t-shirt message “Make It Happen” fails continuously to make her order happen by deciding on what to order. We’ve all been there and Potter’s take on the impatient but polite customer is golden beyond belief as is his whole performance as he tries to rationalize, or at least understand, his life most studiously in order to build understanding of his ultimate termination which is helped along by the serious reporting of Nervous Breakdown News. 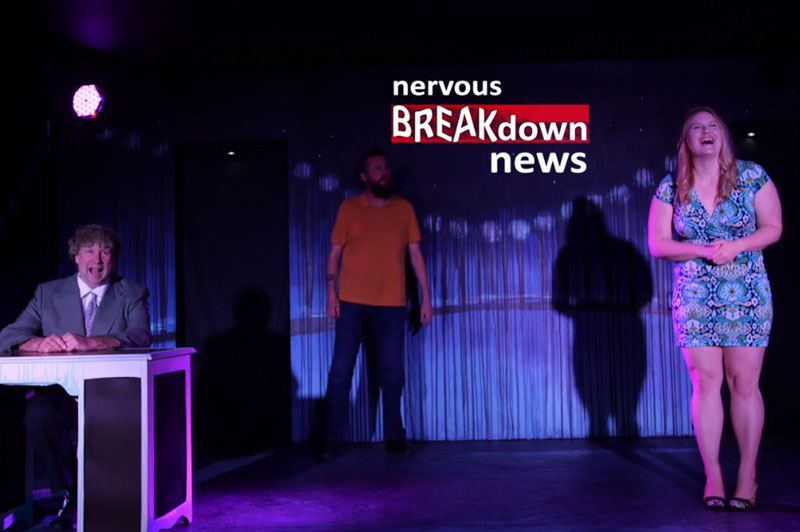 Potter, also the sound designer, neatly drops in audio that fits the action to the proverbial “t.”

In normal times Negatunity would have been an instant theatrical triumph. But these are not normal times. Potter, who is also the Managing Director of Post Productions and co-owner of The Shadowbox Theatre, tells Eyes on Windsor the creative team at Post Productions worked at bringing the play to the stage for more than a year, rescheduling it three times and just as the curtain was ready to part, the province went into another prohibitive lockdown. Not to worry, and not to wait, Post Productions has come up with a genius of a solution, it has recorded the whole play which is set for release on Friday.

It will be available for viewing for four weeks, April 23 – May 31, with access after an etransfer of $25 to postproductionswindsor@gmail.com. Those who download it will be able to watch it as many times as they like, and there is no question they will want to if only to assemble, in their minds, all of the clues Amand has put together. 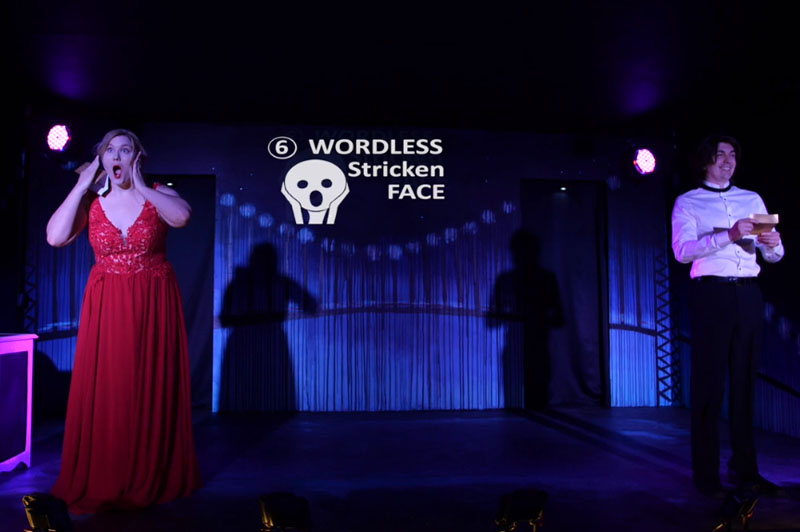