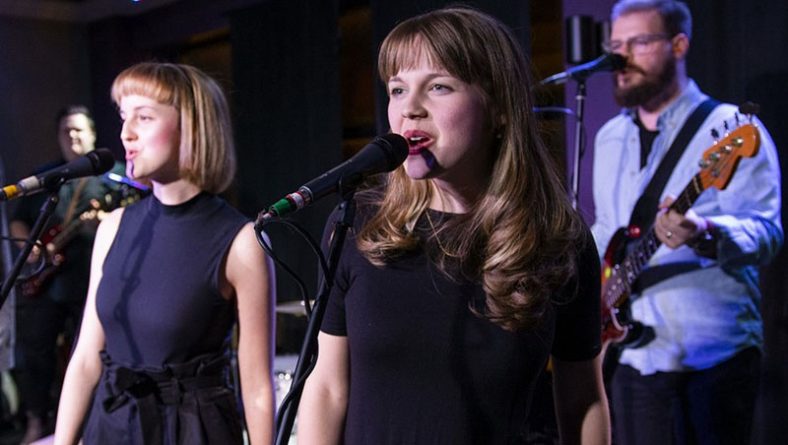 To say that Madeline Doornaert is a promising singer-songwriter is an understatement. On her debut album Muddy Water, just released last Thursday (Feb. 25), Madeline not only promises, but delivers, with a collection of folk-infused songs about resilience, self-love, and overcoming hardship.

“In creating Muddy Water, I worked to identify connections that withstand adversity, distance, and time,” explains 22-year-old Madeline. “I felt like focusing on these connections could aid others in times of loneliness, especially during the pandemic, while social distancing measures are appropriately forcing people into isolating environments.” 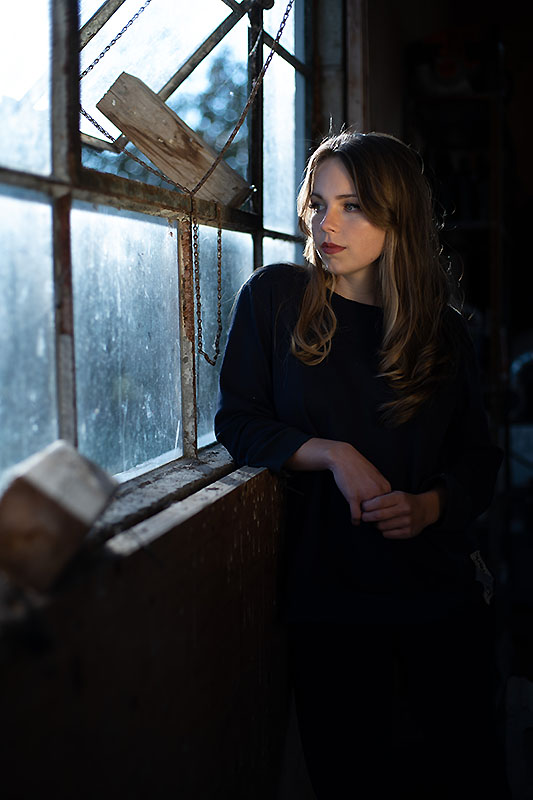 The ten songs feature production and engineering by her long-time partner and musical collaborator, singer-songwriter Dane Roberts, who underscores her wise and insightful songs with smooth leads, energetic acoustic guitars, and analog percussion. “The pandemic definitely gave Dane and I more time to record the album, as we were quarantining together,” explains Madeline. “One of my favourite parts of the process was driving somewhere after we finished recording for the day. We would listen to the song over the car speakers to determine what it needed next or what changes we needed to make.”

As a debut full-length album, Muddy Water covers a lot of autobiographical ground – childhood memories in ‘Sunscreen’, abuse unmasked in ‘Harvey High School’, frustration at being gaslighted in ‘Running Back’, and self-advocacy in ‘Lost It In The Laundry’ – blended with her abiding love for the pioneers of the 1970s folk singer-songwriter movement. “While writing and recording these songs, I was deeply inspired by Carole King, Janis Ian, and Buffy Sainte-Marie,” explains Madeline. “In their albums, these artists created introspective self-portraits with authentic lyrics and gripping melodies. They inspired me to develop my own type of self-portrait.” 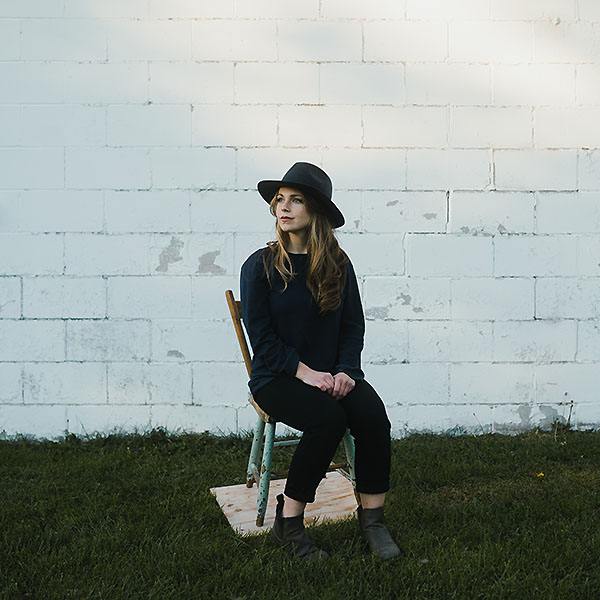 Beyond expressing her own first-hand experience, the album includes powerful storytelling, particularly in ‘Baby Calf’, a bright and uptempo song that narrates the harsh reality of life for calves born in the dairy industry. “I was inspired by Joni Mitchell’s ‘Big Yellow Taxi’, as her song brilliantly drew so many listeners to environmental concerns with an upbeat and catchy style.”

Though this is her first album, Madeline has already spent more than half of her life on-stage, beginning her career at the age of ten in the folk/pop duo GeorgiaRose. Alongside childhood friend Addie Burrows, Madeline showcased at landmark events and festivals across the region and received acclaim for her creative and pitch-perfect vocals. After graduating from the Walkerville Centre for the Creative Arts, Madeline became a student of the School of Music at the University of Windsor, studying voice under the tutelage of beloved Detroit-based jazz singer Shahida Nurullah. In recent years, Madeline has appeared on-stage with the Windsor Symphony Orchestra, in various Windsor-based jazz ensembles, and also as a solo act with her LX1 Little Martin acoustic guitar. She also performs periodically as a back-up vocalist in The Family Soul.

While the pandemic has impacted Madeline’s plans to promote the album and celebrate it with in-person performances, she intends to forge ahead with companion pieces. “I plan to eventually create some visualizer videos for a few tracks on the album, like ‘Lost It in the Laundry’, ‘Sing Up, Sing Softly’, and ‘This Kind of Love’ and create a music video for ‘Sing Up, Sing Softly’. I will also be working to create a series of live play-through videos of some of the tracks as well.” 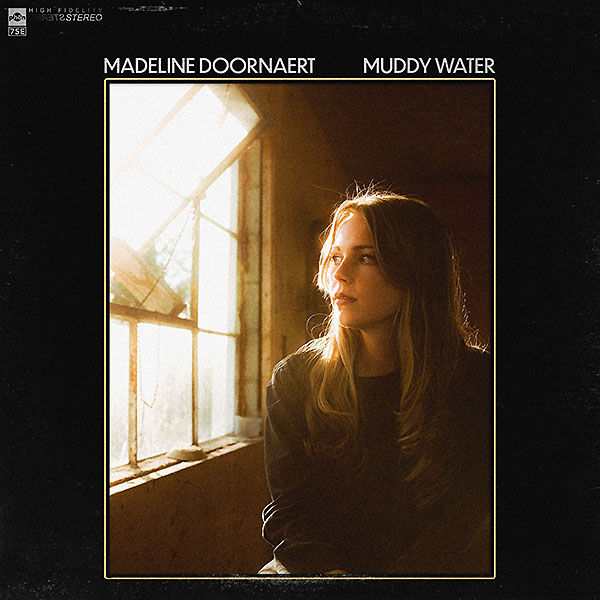 Produced with grant funding from the City of Windsor’s Arts, Culture, and Heritage Fund, and presented in partnership with Soul City Music Co-op, Muddy Water is available now on all streaming platforms and at madelinedoornaert.com.

Born and raised in Windsor, Ontario, Madeline Doornaert’s uniquely modern style is a blend of classic folk, contemporary singer-songwriters, and a love of retro pop and soul. Her empathetic and powerful storytelling expresses a wisdom beyond her years, grounding her poetic lyrics with her warm, silky voice, and fortified with more than a decade of experience on-stage and an education at the University of Windsor’s School of Music. Her voice landed comfortably in a retro pop style after falling in love with Janis Ian’s Between The Lines and learning every song from Carole King’s Tapestry. She continues to make her name in Windsor and beyond, receiving airplay on CBC Radio across the country, becoming a member of Windsor’s first musician-owned record label Soul City Music Co-op, and releasing her debut full-length album Muddy Water in 2021. 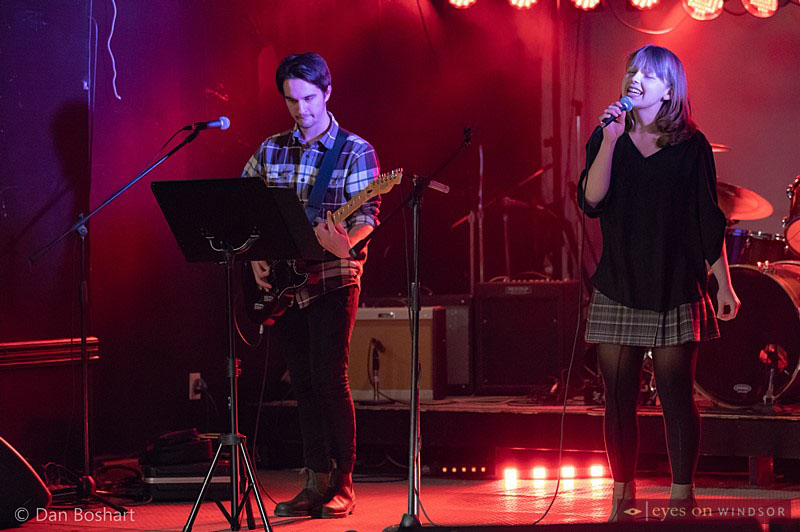 Dane Roberts (left) and Madeline Doornaert performing at Rockstar Music Hall in Windsor, Ontario, during the Rockin’ For Kaleb’s Kourage concert fundraiser for the Houle Family in honour of 13 year old Kaleb Houle who lost his 3rd battle with cancer over the past four years. The concert took place on Nov 16, 2018. Photo by Dan Boshart / Eyes On Windsor.