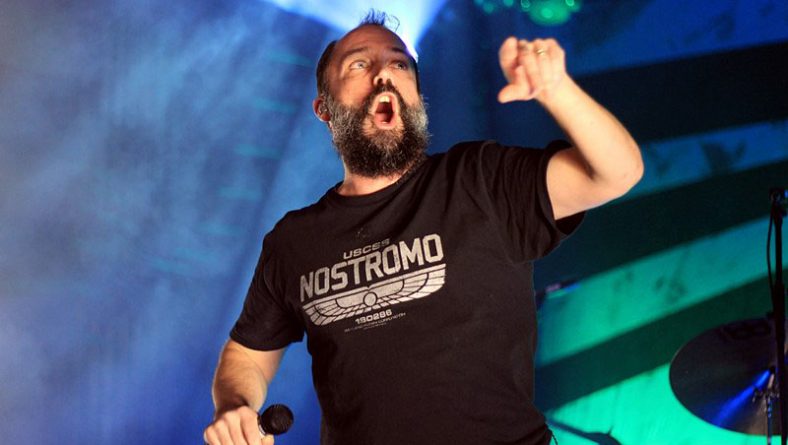 Legendary Maryland based alt rockers Clutch brought their Book of Bad Decisions Tour, in support of their highly anticipated 12th studio album of the same name, to the Fillmore Detroit, for an all ages show on Saturday, October 20, 2018.

As part of the Eyes On The Road series, where Eyes On Windsor takes a look at entertainment events a short road trip away from Windsor Essex in partnership with photographer Kevin Blondin, he went to check out the show. 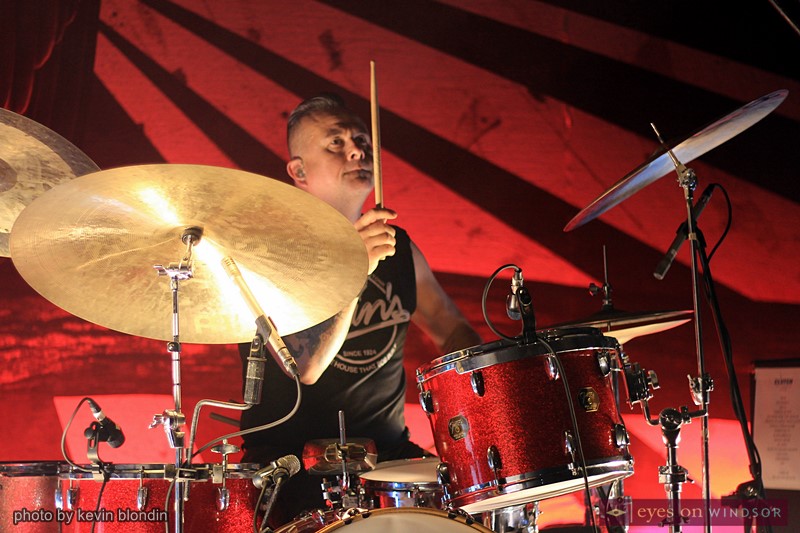 Ever since their 1993 debut Transnational Speedway League, Clutch has been in the business of writing stone cold classics, and even the most rabid fan would have trouble picking just one. “Book of Bad Decisions” won’t make that task any easier. Rest assured, it’s another classic.

Recorded over three weeks at Sputnik Studios in Nashville, “Book of Bad Decisions” was produced by four-time Grammy winner Vance Powell (Seasick Steve, The White Stripes, Arctic Monkeys, etc.), a man who apparently knows that a one degree angle change in microphones makes a difference to how an instrument sounds. Interestingly, his name first came to the band’s attention via country star Chris Stapleton. 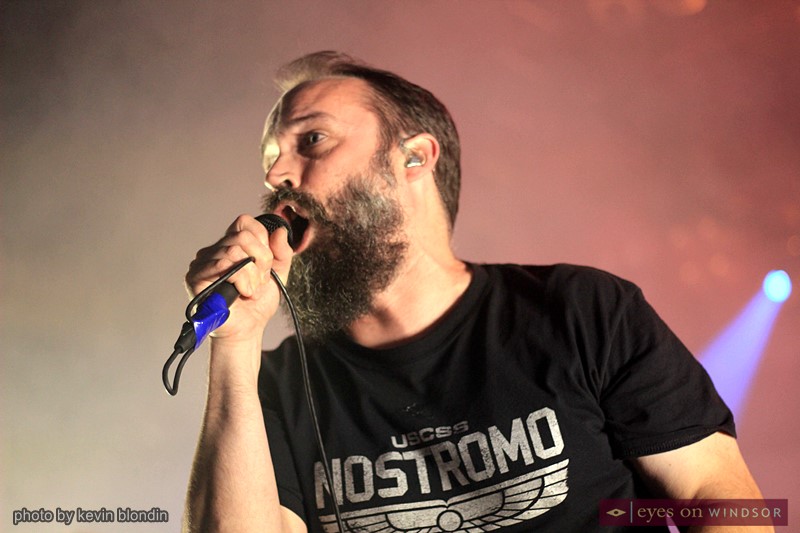 With each band member contributing riffs to the album there was no shortage of material, each song road-tested long before it reached the studio. With 15 songs, “Book of Bad Decisions” could easily pass as a double album! Always wary of repeating themselves and retreading old ground, there is even – for the first time on a Clutch album – a horn section that swings like James Brown’s pants! 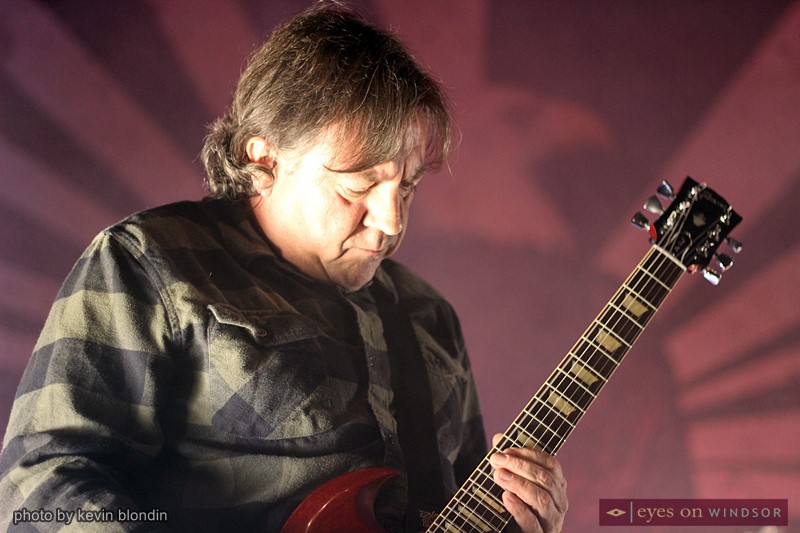 Fans at the Fillmore in Detroit experienced a fantastic night of rocking with Clutch!

For more information about the band visit http://pro-rock.com

For more information about The Fillmore Detroit including upcoming shows visit http://www.thefillmoredetroit.com 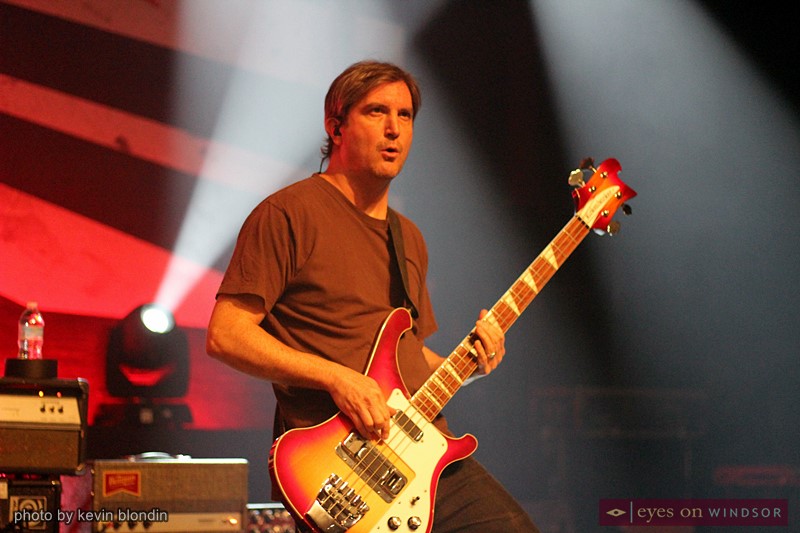 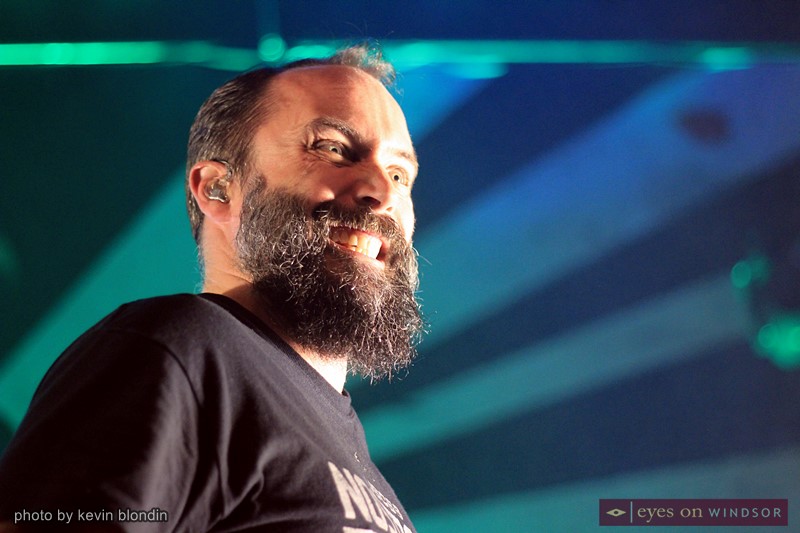 Clutch vocalist/guitarist Neil Fallon smiles at the audience while performing at The Fillmore Detroit on Saturday, October 20, 2018. Photo by Kevin Blondin / Eyes On Windsor. 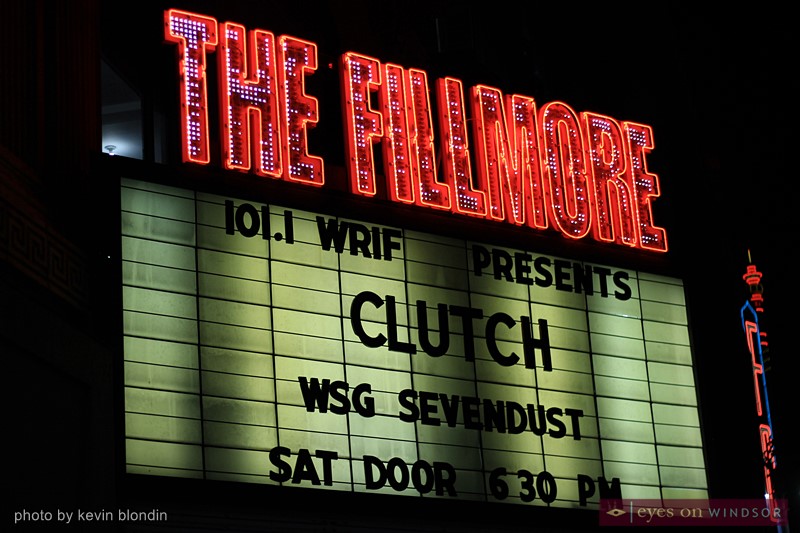