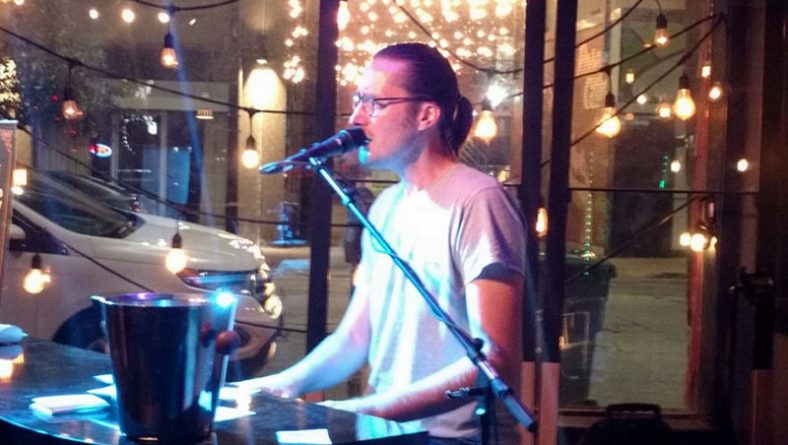 Our look into the awesome musical line-up that Phog Lounge hosts every Sunday night continues. If you want to learn about the first act of the night and how the event works, in general, read part one of our article series featuring Coffee House Combo.

And now, on to the Second Act of the Night:

Mark Calcott gives us a style of entertainment that is very unique. As he sets up his keyboard and sound system onstage, Mark also passes out papers and pencils to the audience. You write down whatever you’d like to hear and hand it to him. Your request then becomes part of his setlist (you should also throw a little something into his tip jar situated right in front of his piano). He’ll just work through all the little slips of paper that are given to him. Every Once in a Blue Moon, you can stump him and he won’t actually know the song you’ve asked for. But, most of the time, he will give you a pretty damned good rendition of what you wanted. 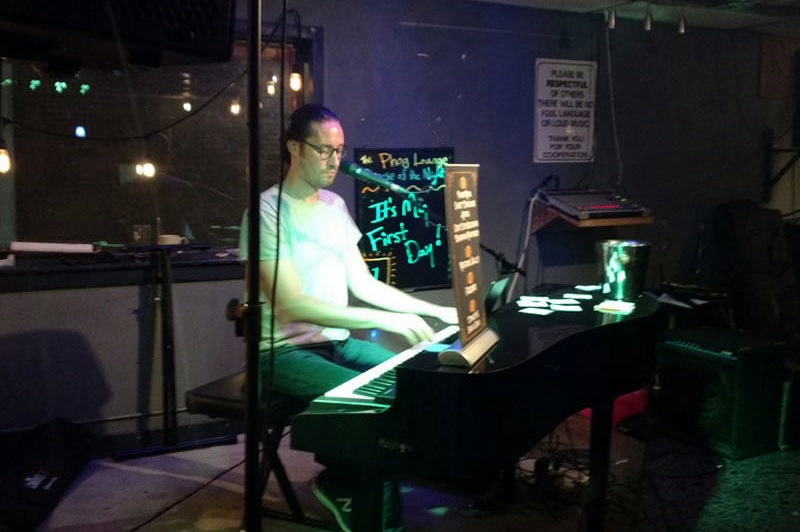 When you stop and think about it, you realize this guy has an amazing repertoire to be able to accomplish this. I managed to have a quick chat with Mark and asked him how he developed such a skill.

“It’s a combination of a few things,” Mark begins, “but mainly a lot of listening, and a lot of practicing.”

“Regarding listening: I was very fortunate to have grown up in a household where playing music on the stereo was a common thing. My Father was an avid collector of record singles – specifically from the golden age of rock and roll. My first piano heros were guys like Jerry Lee Lewis, and Little Richard. At the same time, my older siblings were listening to music from the 70s, and 80s, while I grew up in the 80s and 90s. I had the benefit of being exposed to decades of pop music throughout my entire life.” 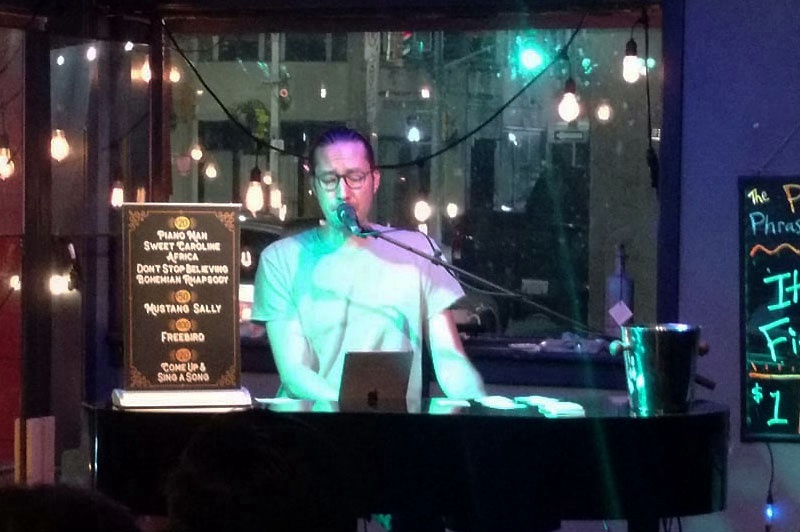 “Regarding practice:” he continues, “I started taking piano lessons at age 7 and haven’t looked back. I pursued it through university and achieved my bachelor’s of music degree in 2003. The training there made me a much better music reader – which is what I am doing on the request gig some of the time. When you work with music for a long time, common patterns start to emerge. Realizing this, you can start to expedite the process of learning new material.”

His ability to do a show of this nature really stepped up a while back when his career took a very interesting turn.
“For years after university, I worked with a number of different cover bands.” he recalls, “Then, about five years ago, I got the call to be in a dueling pianos show. If you don’t know about it, the dueling pianos show is a request oriented show. Where we (two piano players) try to get the audience involved by singing along, dancing, clapping and other things like that. The dueling gig requires a healthy knowledge of top 40 music from the past 50 years. So, I buckled down and started playing catch up with all of the pop songs that I never learned. I try to take the elements from the dueling gig, and bring it to my solo show.” 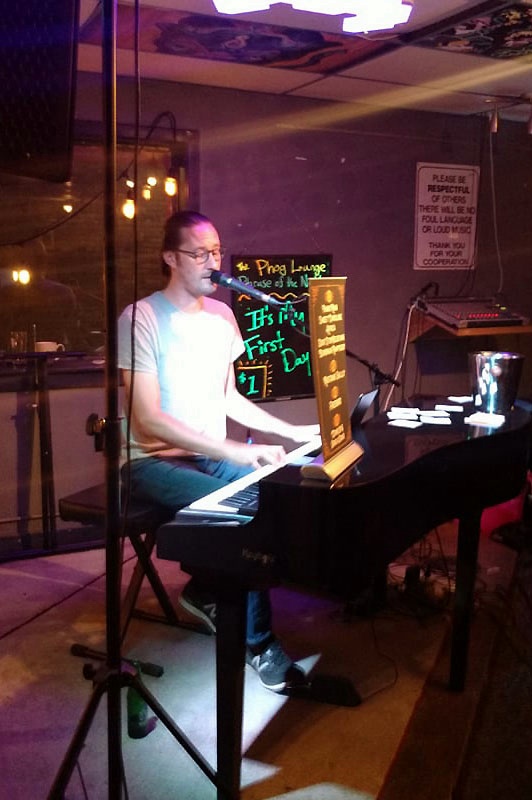 “A very good friend of mine, who is also an incredible guitar player, came up with the Faking Requests name.” Mark explains, “It was on a bit of a whim – if not by accident! He, knowing the game that I’m playing, said to me once: “you’re not taking requests, you’re faking requests!”
That, in a nutshell, is how the basic premise of the show came together. While Mark busies himself with all kinds of projects that include various cover and tribute bands and teaching piano in a recording studio that he also rents out, Faking Requests is a great little steady gig that I always find immensely entertaining. 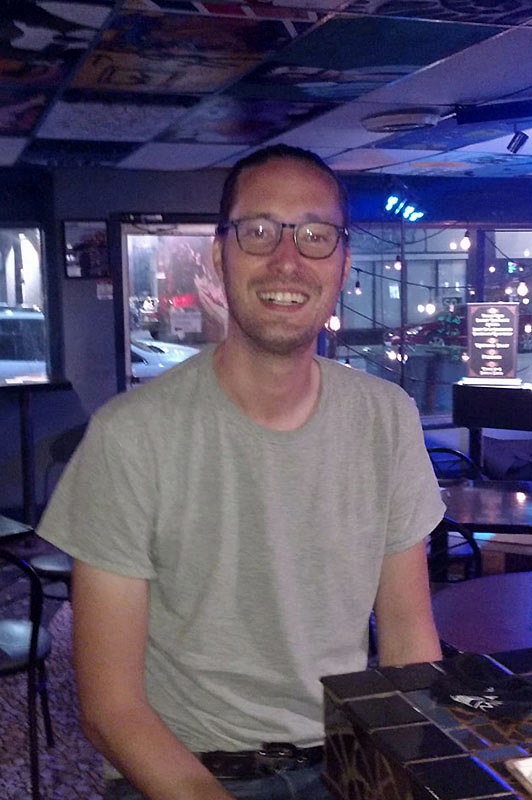 There are a number of things about Mark’s show that really stand out for me. Firstly, I love how well he’s able to handle some of the more obscure stuff people request of him. Even if he was just playing popular hits, it would still be quite demanding of him to know so many songs. But Mark seems to handle “b-side material” (younger folks, you may have to google this term!) quite well. In fact, he almost seems to embrace it. When he gets something not-so-well-known, he appears to almost play it with greater passion.

Secondly, he’s able to take any number of songs that aren’t really meant for piano but still get them to work. My favorite example of this was when someone asked him to play an old 80s tune by Van Halen called Why Can’t This Be Love? Never in my wildest dreams could I picture such an electric-guitar-driven hairband tune working on a keyboard. But, amazingly enough, Mark pulled it off. It sounded so good, in fact, that the whole feat actually made me laugh out loud. 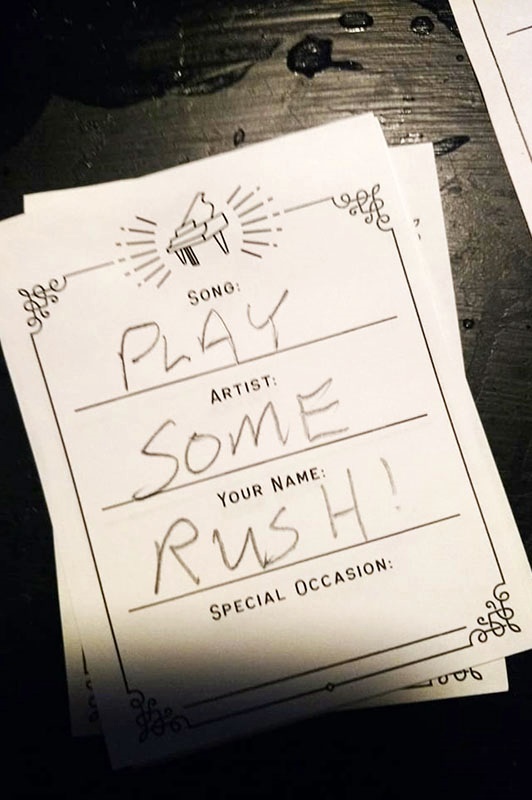 But the most impressive feat that Mark accomplishes during his Act is the overall flow of his show. When he’s not playing your request, he improvises little melodies and gives us a bit of patter. Bridges between his songs are basically seamless. Everything feels so smooth. Most times, a musical act in a bar is something that is talked over and enjoyed as really nice background noise. You don’t tend to do this with Mark, though. You really want to just watch on in silent amazement at how well he strings it all along. 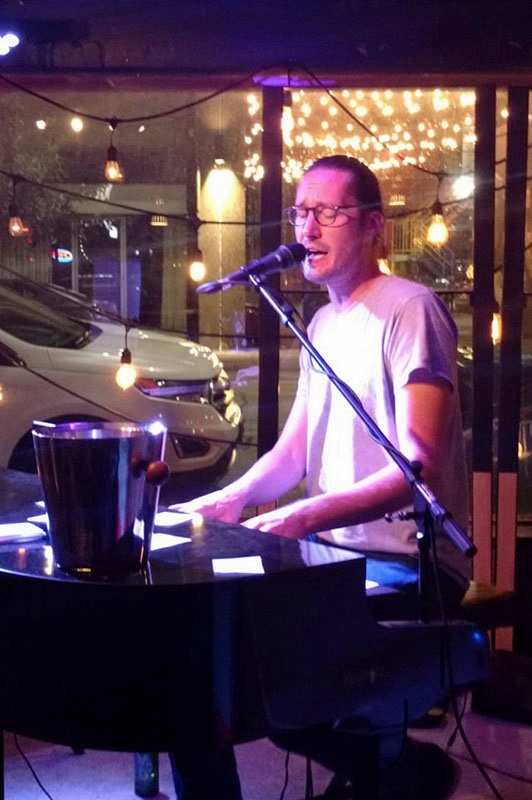 Although, truthfully, I marvel at how well this whole event is put together. Both of the acts I’ve covered in these articles are exceptional. Some of the best live music you can enjoy in Windsor. And it’s at your disposal every Sunday night. Yes, it does run pretty late if you’ve got work the next morning, but it’s worth staying up for! As I suggested in Part One – grab an afternoon nap!

(Phog Lounge is located at 157 University Avenue. Immediately East of the Capitol Theatre)