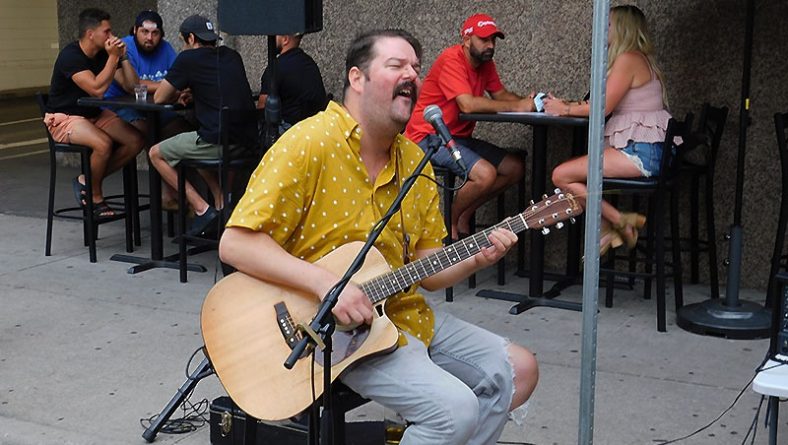 With Windsor and Essex County moving to Stage 3 on the pandemic scale of return to normal, some musicians are back doing what they haven’t been doing for at least five months – playing live before an audience. Dave Russell is one such musician.

Friday evening (Aug. 14) the sweet sounds of his rendition of the highly appropriate “In The Good Old Summertime” were wafting through downtown Windsor, coming from the Pitt Street East Parklet, located in front of On A Roll Sushi, Panache Restaurant & Lounge and La Guardia Italian Cuisine. In a reverse twist, Russell was actually at ground level while his audience was sitting on the special elevated pandemic outdoor patio similar to many others which have popped up near various eateries and entertainment sites around downtown Windsor. 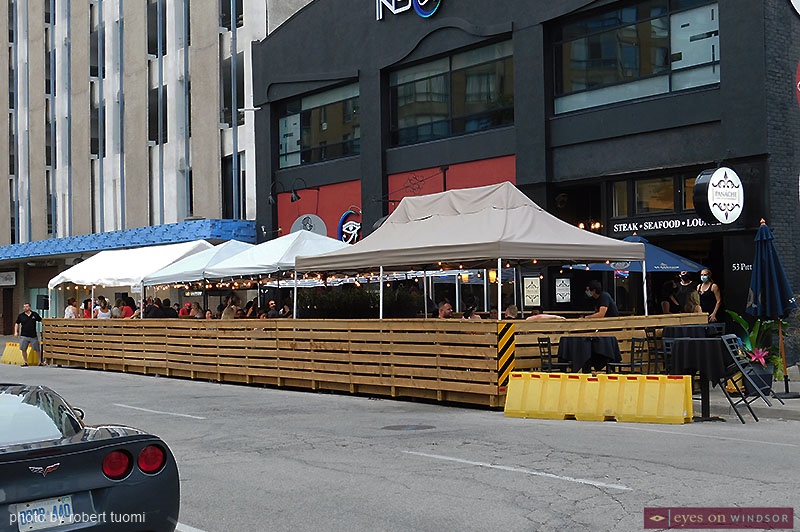 This evening of Russell-style entertainment was his first public one in five months. With the arrival of COVID 19 in March, places of live music were basically shut down. This has deprived local music lovers of being able to see their favourite musicians live. However, it was a price many were willing to pay to ensure their safety from the virus. But with the contagion, hopefully, having seen better days the once universal lockout is slowly being lifted.

Russell, an accomplished musician and singer mostly performs as a solo artist entertaining with songs made famous by others and a number that he has penned, including those on his Dave Russell and the Precious Stones’ extended play album, “Deep Talk in Shallow Water,” and his latest three song release this past June featuring “Safe Space.”

Growing up in a small town on the shores of the St. Clair River has formed a music style which reflects the slower pace and communal nature of his upbringing.

Before the Pandemic, he was often seen at local pubs and live events and has also travelled extensively across the nation. At times his work has required opening for some of Canada’s most popular groups but, as he tells Eyes on Windsor, the intimacy of performing with only his guitar in bars and restaurants has been his venue of choice lately.

The patio parklets which have popped up in the city core are part of the Downtown Windsor Business Improvement Association’s pandemic economic recovery plan with support from the City of Windsor Small Business Action Plan.