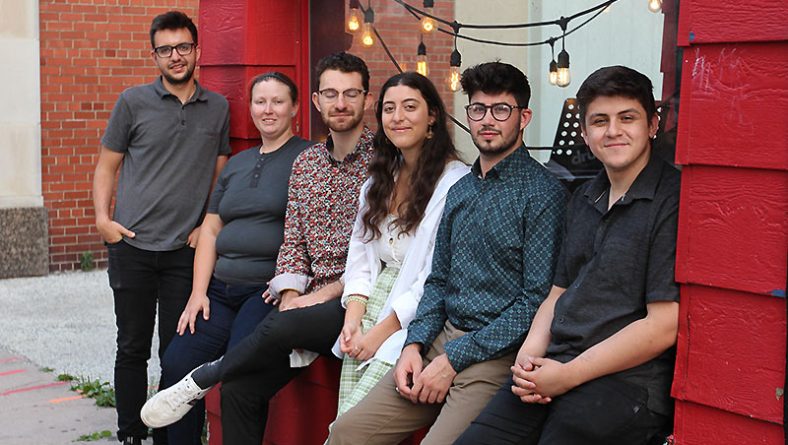 For most people, Sunday night represents a touch of sadness. The weekend is over and work is waiting for you in the morning. More than likely, you’ll even be heading to bed early to make sure you’re fresh for Monday.

Well, if you haven’t yet discovered the great line-up Phog has every Sunday night, then you may want to grab an afternoon nap and get out there! The famous artsy downtown bar has a regular series of excellent ongoing music acts to round out your weekend with. Over the next few articles, I’m going to feature what’s going on there and give you a bit of a background on the talented musicians that provide an outstanding evening’s entertainment for those willing to stay up a bit late on a night that’s usually depressing! 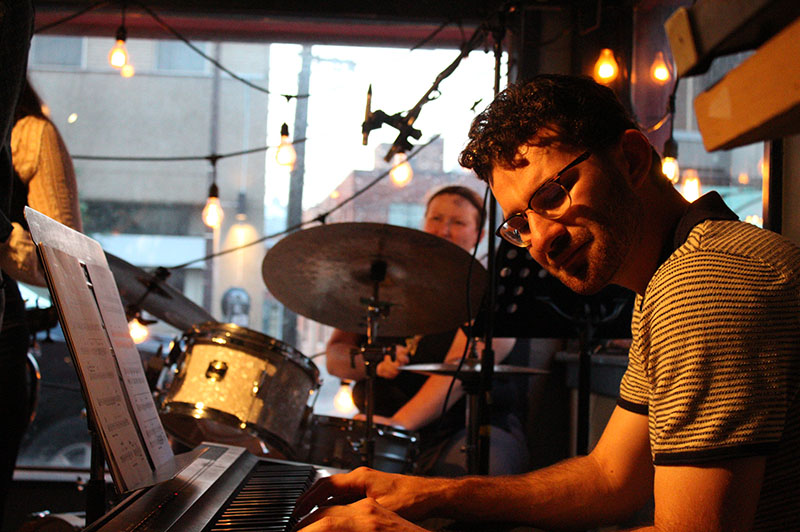 Up first is the Coffee House Combo. A great little jazz band that began as a quartet made up of Austin Di Pietro and Sebastien Bachmeier on the horns, Andrew Adoranti on piano and a bass-player who eventually moved away and was replaced by Alex Leite. As the act grew, however, Vanessa Harnish came in on drums and Natalie Culmone fronts the band on vocals.

I managed to get a chance to ask Austin Di Pietro, one of the founders of the band, about its origins.

“Sebastian (Bachmeier) and I had the idea to form a jazz group when we were in the second year of our undergrad at the University of Windsor.” he explains, “We were both working our way through a Bachelor of Music degree and had recently switched from the classical stream to the jazz stream. So we started this group as a way for us to practice together, learn tunes and try to make some extra money on the side with gigs.” 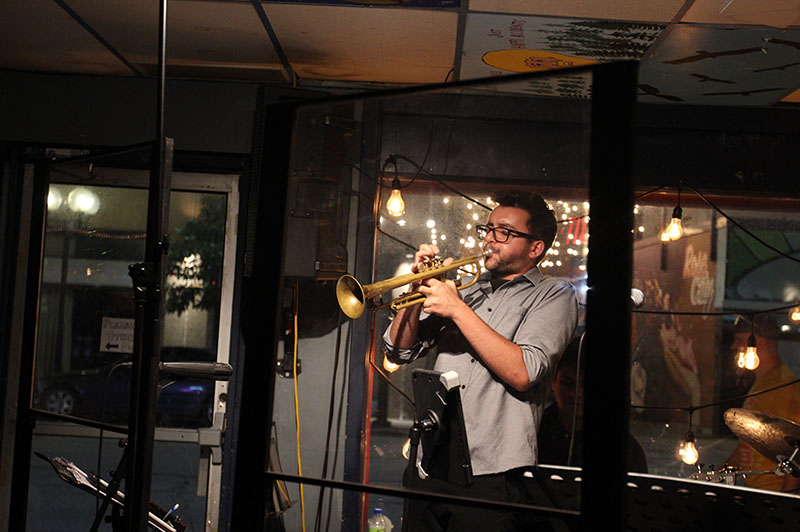 I had to inquire where the name came from. A question a journalist isn’t actually supposed to ask a band but I decided to anyway!

“We hadn’t really thought about a band name until we got our first regular gig on Mondays at Milk Coffee Bar in downtown Windsor.” Austin continues, “The promoter asked us what he should bill us as. We thought the most logical option was: The Coffee House Quartet – since the gig was at a coffee shop. It was really only supposed to be a placeholder, at first, but it stuck. We changed the name to the Coffee House Combo, or CHC for short, when Vanessa and Natalie joined the band. A few of us have expressed our lack of enthusiasm for the name over the years – especially when we started to get more serious about the band and play bigger gigs like festivals – but we decided it was too late in the game for an identity change!” 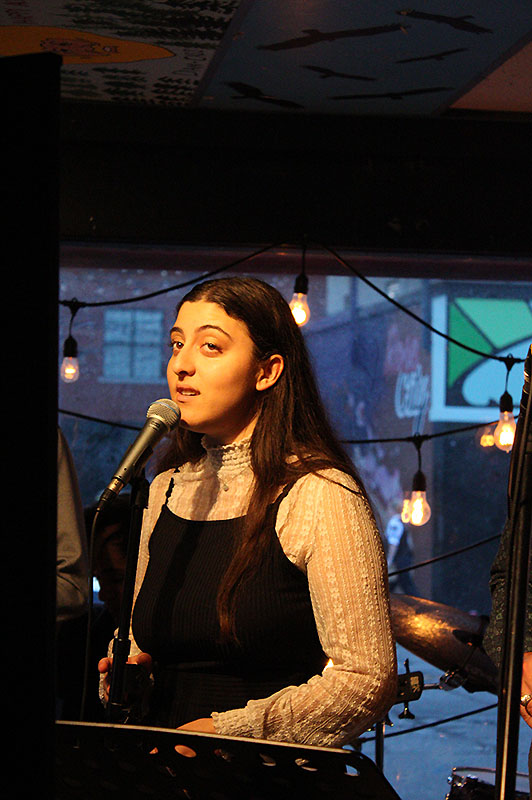 It is interesting that Di Pietro mentions that they got their start at Milk Coffee Bar on Monday nights. As the band does remind me a bit of the Monday Milkmen (who performed Monday Night jazz shows at Milk for nearly a decade). They certainly play at the same level as they did. I still remember with fondness stopping in at Milk (back when it still existed) and enjoying the Milkmen’s musical stylings. If you’re an old fart like me who recalls the event and adores it like I did, then CHC is right up your alley! 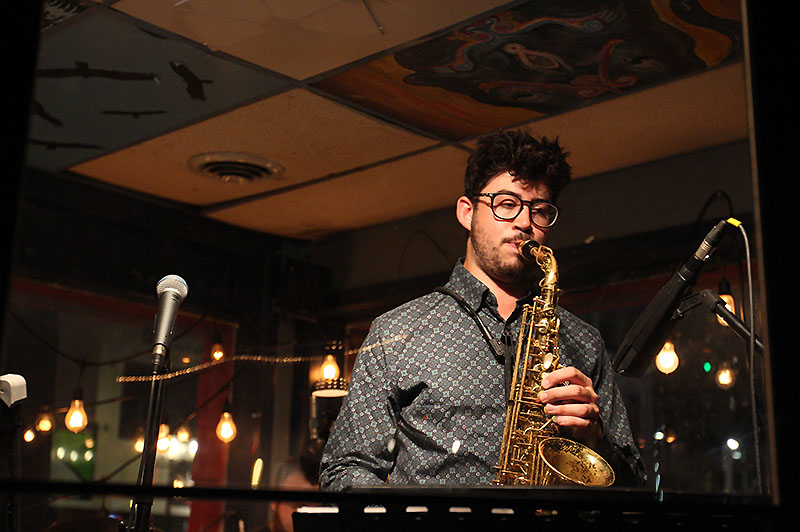 I asked Austin next about the type of jazz the band likes to play:

“Our repertoire as a group is a mix of jazz standards, Great American Songbook tunes, pop, Motown, R&B and soul. We each bring our own eclectic musical tastes to the table when choosing tunes, and try not to limit ourselves to one or two styles. In the words of the great Duke Ellington: “If it sounds good, it is good.” Recently, we’ve been pushing ourselves to add more modern jazz re-imaginations of pop tunes to our repertoire – taking inspiration from artists like Robert Glasper.” 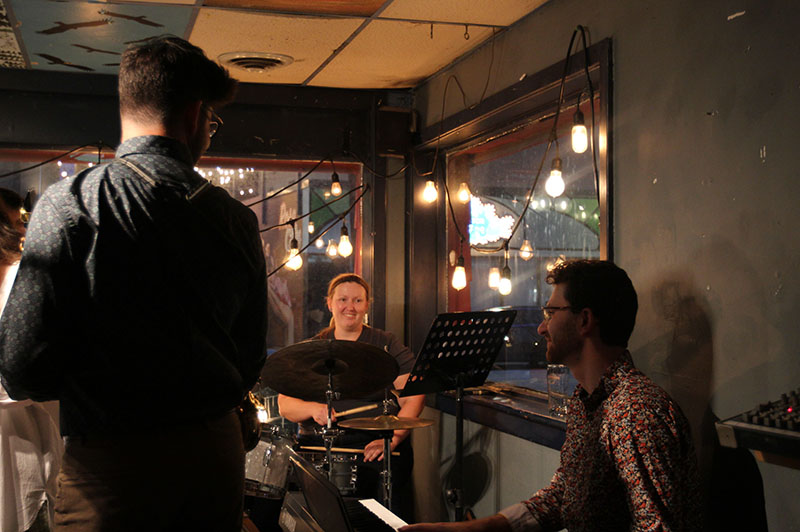 One of my favorite aspects of jazz is the amount of technical proficiency or “chops” that is required of a musician to do it well. You can’t get away with just knowing a few decent power chords or standard tempos if you want to be a jazz artist. You gotta be good. And Coffee House Combo definitely knows their stuff. Their sets are executed with a smooth confidence that makes you enjoy the music all-the-more. These guys just look so damn cool as they play! But they’ve got the talent and skill to back up the image. 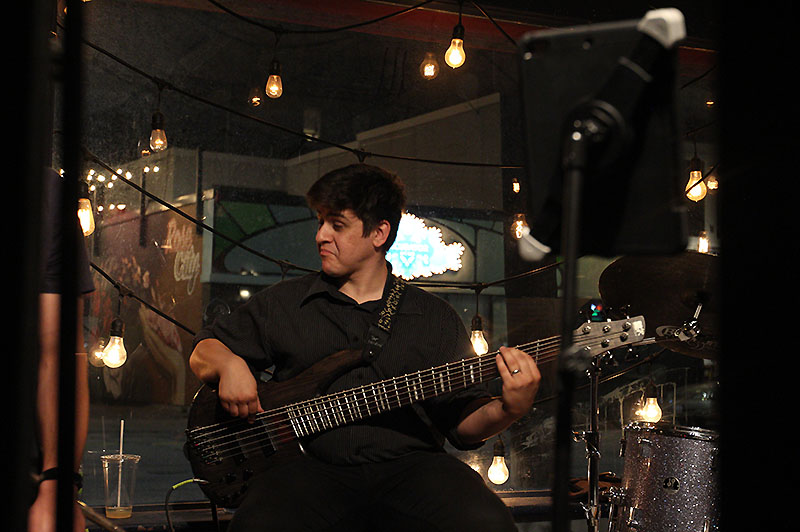 They usually take the stage around 8PM and play through for a few hours. There is a cover of $10. Which is a very reasonable price for the quality of music you’re going to get. And, of course, there is a great selection of alcoholic and non-alcoholic beverages that I encourage you to partake in as you enjoy the act. We should all remember to also support Phog for providing us with such a great thing to do on a Sunday night. In fact, don’t forget to give Charles the Barman a healthy tip, too. His service is second-to-none!

But Coffee House Combo is only part of the Sunday Night Line-Up. Someone else comes on after them. He gives an incredible performance, too. We’ll get to him in the next article (to be published soon)….

For more about The Coffee House Combo visit https://coffeehousecombo.ca

(Phog is located at 157 University Avenue. Immediately East of the Capitol Theatre) 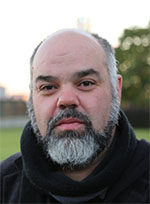 While primarily a playwright, Rob Tymec enjoys working in all manners of prose. Including, of course, a bit of journalism. Rob’s focus as he contributes to Eyes on Windsor will be on the local entertainment business. Mainly because that’s the industry he works in, himself.
To learn more about the shows he’s involved with, check out the Facebook Page of his theatre company: Monkeys With A Typewriter. 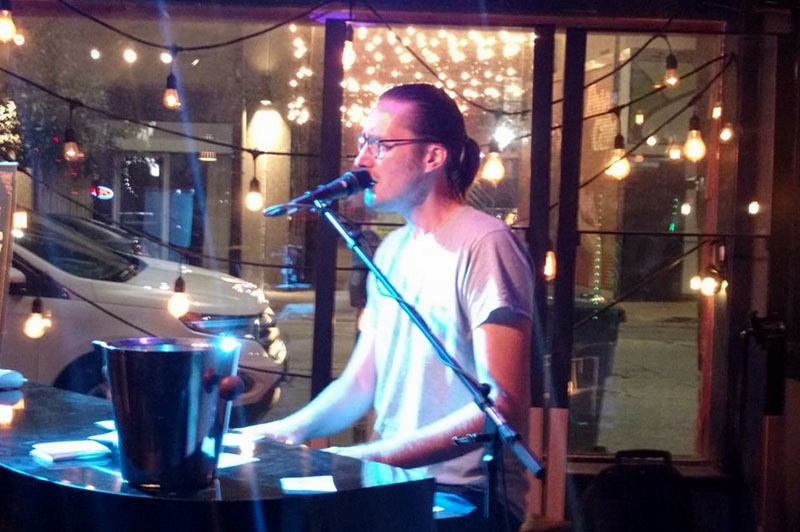