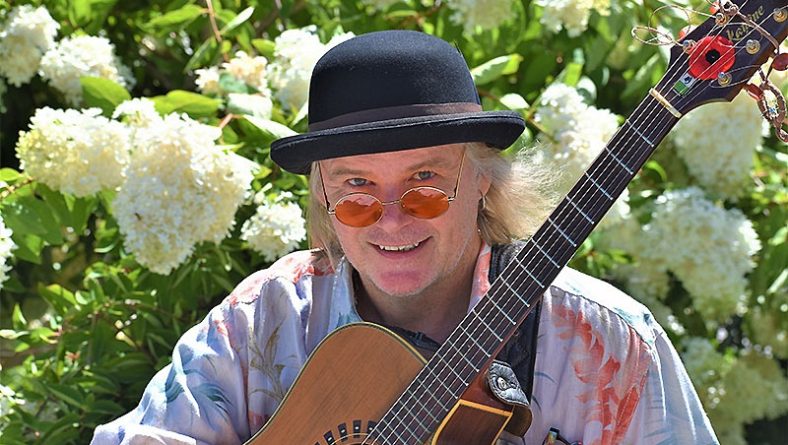 A throwback to the British Invasion of the 1960s, Oxley Estate Winery in Harrow is quietly playing the Rolling Stones on its loudspeaker as diners arrive for Sunday afternoon lunch. The music is appropriate. Within an hour a latter-day British invader will be in the limelight.

Singer, guitarist and all-round entertainer Chris Bolister, no stranger to music venues in Windsor and Essex County, has London, England roots which go deep. How deep? A friend of his great grandfather was one of the England capital city’s Bobbies in the era of notorious serial killer Jack the Ripper. Today, Bolister proudly carries with him an antique police whistle, which he tells Eyes on Windsor, is a momento of those times so long ago.

On a trip back to his hometown, Whitechapel in London’s East End, Chris purchased the Metropolitan Police whistle at the Spitalfields Antique Market. It was originally manufactured in 1888 by Joseph Hudson & Co. which was located at 13 Barr Street at that time. That same afternoon Chris met with leading London historian Edward Stow at infamous Jack the Ripper pub, the Ten Bells. Stow confirmed the whistle’s authenticity. Chris says the whistle was found during “the renovation of Commercial Street Police Station, home of H Division, the main force engaged in the (Ripper) investigation. The whistle is stamped with the 13 Barr Street address, which denotes the very first year the Metropolitan Police were issued with whistles, 1888.”

“Now, I am not alleging that this whistle and its haunting tone, was at one time in hot pursuit of Jack the Ripper, but given its local provenance and its historically accurate date, I cannot tell you that it was not,” says Chris in a Facebook post. 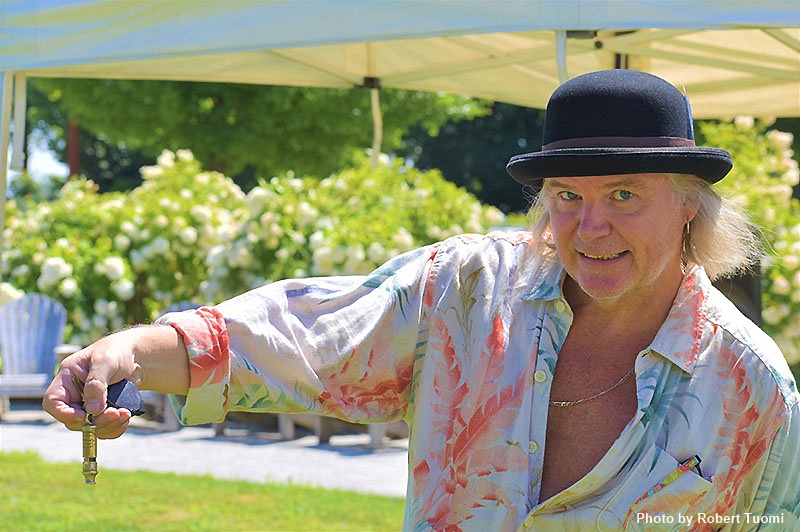 Singer/songwriter Chris Bolister at Oxley Estate Winery holding a cherished family memento, a whistle used by his grandfather while he was police officer in London, England, during the era of serial killer Jack The Ripper. Photo by Robert Tuomi/ Eyes On Windsor.

Bolister, earns considerable distinction as a songwriting ballarder before leaving the streets of Londontown to travel the globe, singing as he goes. A stop at Mexico’s vacation paradise Playa Del Carmen changes his life and his world. There, completely out of chance, he falls in love with his now wife, Tina, a then tourist from Tecumseh which, as such meetings can do, prompts a considerable change in direction. After the meeting and ensuing romance, a decade ago, he arrives in Canada, their wedding anniversary was celebrated a few months back, and is immediately put to work on the stage of the Old Kildare House in Walkerville, a place he has often revisited. 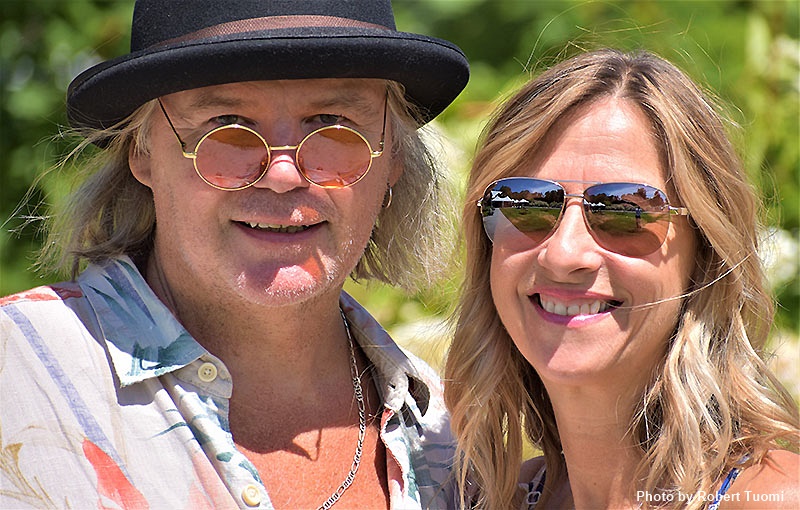 Singer songwriter Chris Bolister and Tina Bolister at Oxley Estate Winery in Harrow, ON, on August 15, 2021. Photo by Robert Tuomi / Eyes On Windsor.

Today, the Oxley audience is completely enthralled by his performance, mostly of his self-penned tunes filled with the considerable visual keys of a true musical storyteller. There are many tales to be told and one torn from today’s newspaper headlines is his tribute to a Carnival Barker, appropriate for all of us living in lockdown. 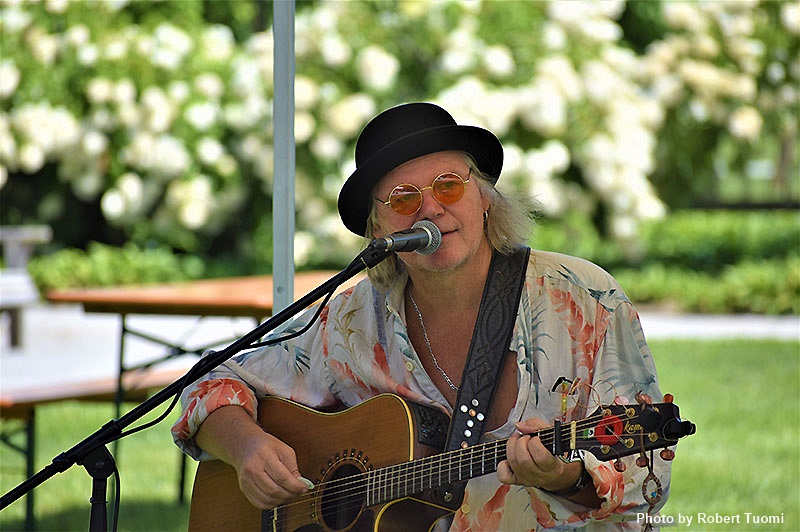 Added into his repertoire are tributes to other singing musicians, his favourite is So Long Marianne, an ode to Leonard Cohen’s remembrance of an old love. It is hard to categorize the sound Bolister has nurtured. It has as many elements of Cohen as it does of Bob Dylan, all of it wrapped together into a truly contemporary sound. That is, until he changes the whole dynamic with a little Blues certainly worthy of the best on offer in Memphis, with a diddy about wishing to be back in Mexico. 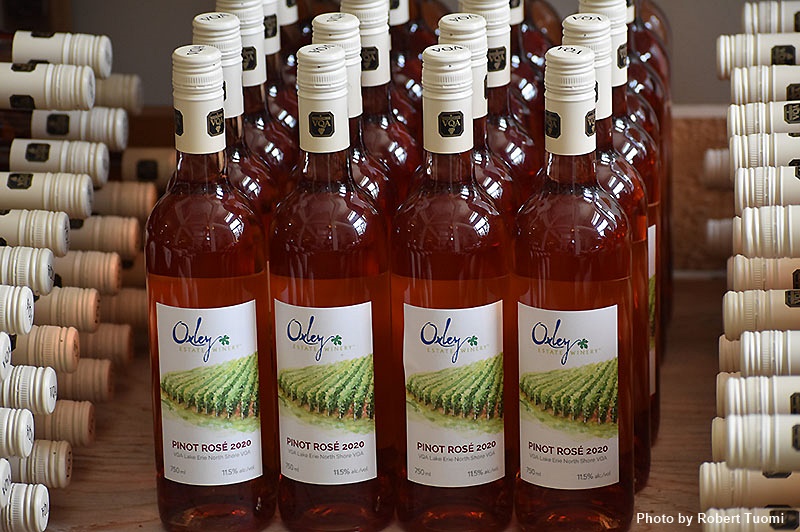 No doubt, his audience is also enjoying one pertinent fact. After a long while they can now dine with the accompaniment of live music, something that has been a beloved element of Sunday visits to Oxley. Except for a few noticeable concessions to the pandemic, including socially distant tables, life has pretty much returned to a level of normalcy at the winery. It actually returned in earnest six weeks ago when live music was put back on the menu. 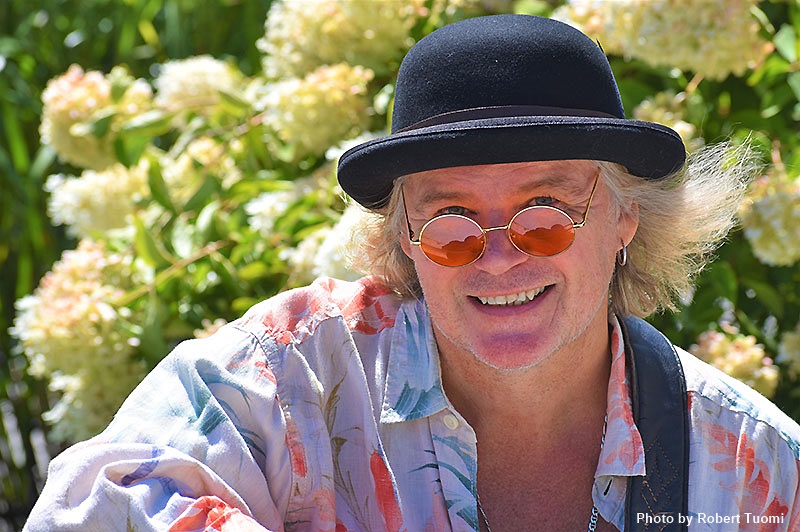 A bespeckled Chris Bolister just before beginning his set at Oxley Estate Winery on August 15, 2021. Photo by Robert Tuomi / Eyes On Windsor.

Bolister’s original songs, including “Because I am,” are currently available on streaming platforms including Spotify, iTunes , Amazon music and Apple music. For more about Chris Bolister visit https://www.facebook.com/chrisbolistermusic

For more about Oxley Estate Winery, including upcoming entertainment and events, visit https://www.facebook.com/OxleyEstateWinery