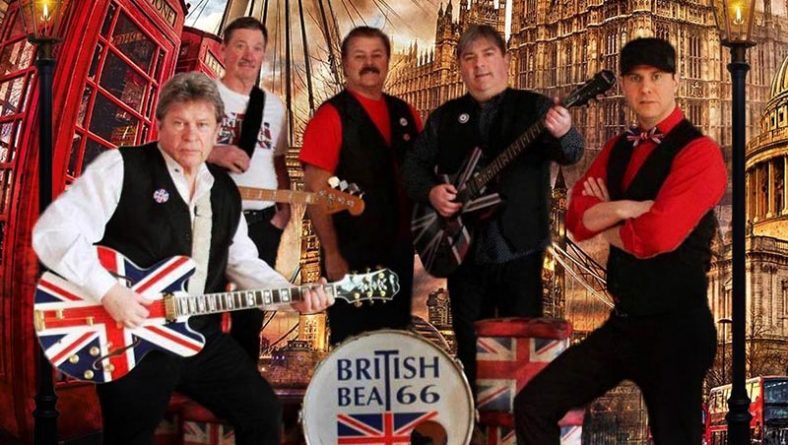 Windsor and Essex County’s highly acclaimed flashback to the 1960s rock band British Beat 66 is back on the road again. After last week’s successful appearance at the annual Moose Lodge Toys 4 Tots event, the group will spend Saturday night, December 4th, at the Lion’s Head Tavern, 7888 West Wyandotte. The show was actually planned before Covid hit, which meant the band, as guitarist and organist Michael Hereford tells Eyes on Windsor, is even more excited to finally, “perform at this very cool club.”

With plenty of downtime during the pandemic, the band has nonetheless been working away adding new songs to its repertoire, which will include the popular 60s tune Time of the Season by the Zombies. For greater musical diversity, it will also bring back a twelve-string guitar into the show. Fans of the five lads will also get to see and enjoy new drummer Brian Bee (Higgins) once a mainstay in the band Mister Please. Higgins replaces Michael David who has left the province.

Another noticeable difference in the song list will be more Beatles tunes, a response to the renewed popularity of the world’s greatest band following the release of the Get Back documentary. And, without question fan favourites will be back, including the band’s popular medley of Who songs and its version of the Tom Jones classic It’s not Unusual.

The music will start sharp at seven pm and last until eleven. As they say, be there or be square. Next weekend the band will perform at Windsor’s Back Stage. Then December 18th, it’s the Ugly Christmas Sweater Party at Jake’s Roadhouse and Blues Joint, Windsor.