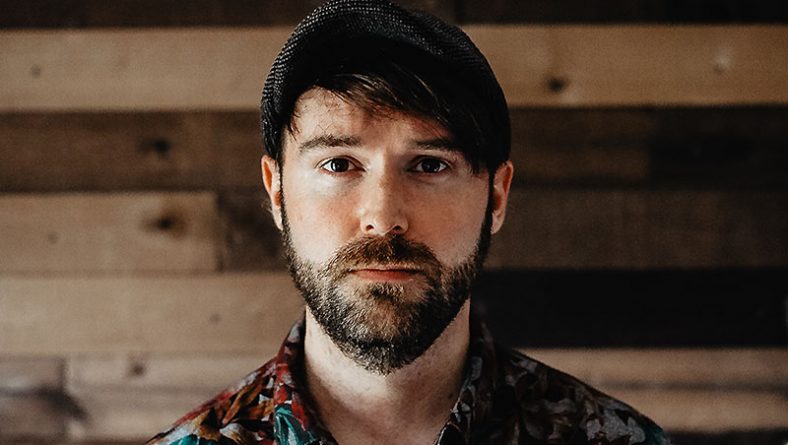 Featuring Crissi Cochrane and produced at Union Sound Company in Toronto, the song is a sneak peek of Brendan’s forthcoming album Summer Moons

Coaxing a lover into dancing beneath the stars, singer-songwriter Brendan Scott Friel’s latest single ‘Cheap String Lights’ is a dreamy landscape of expert folk finesse, and a first taste of his upcoming 2021 album, Summer Moons.

Recorded at Union Sound Company in Toronto, producer James Bunton (whose production credits include recordings by Donovan Woods, Joey Landreth, and David Myles) balances the soft intimacy of Brendan’s acoustic guitar leads with playful arrangements. “I sought out James because I am hopelessly in love with the work he’s done with Donovan Woods,” says Brendan. 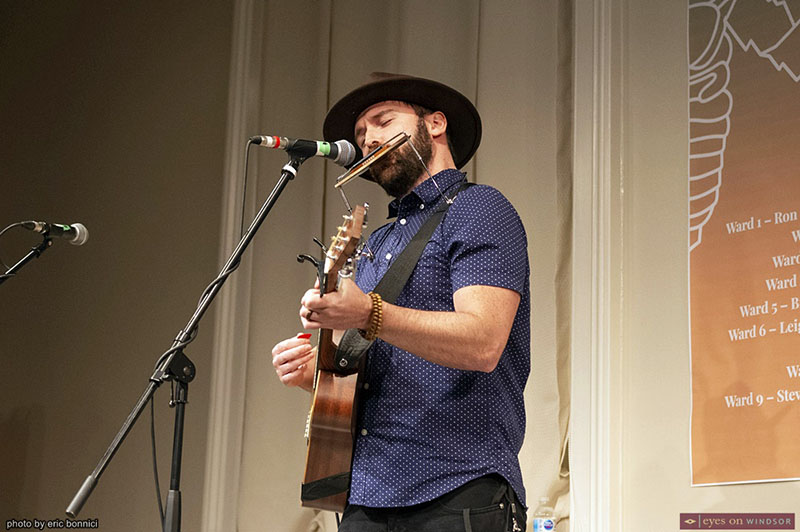 Brendan Scott Friel performing during the Wards of Windsor Music Project at Mackenzie Hall in Windsor, ON, in March of 2020. Photo by Eric Bonnici / Eyes On Windsor.

Like Donovan Woods, Brendan’s light and relaxed voice is a vehicle for the storytelling of his songs, which Bunton helped to finesse through weekly pre-production meetings via Zoom. “James will ask question after question to help clarify the heart of the song’s intention,” shares Brendan. “In ‘Cheap String Lights’, the narrator is impatient, like a child, and will say anything to get his partner to come explore the night.”

The inspiration for the song came from transforming the backyard of his South Windsor home into an oasis to share with his wife. “It got me thinking about that feeling of finding magic in the ordinary settings we find ourselves in, day after day,” Brendan explains. “Put that together with my lifelong struggle to fall asleep, and I think you find the root of the song.”

The single ends with a featured vocal performed by fellow singer-songwriter Crissi Cochrane, suggesting that the narrator of the song has succeeded in convincing his partner to come outdoors. “I was overjoyed when Brendan asked me to be the guest vocalist,” writes Crissi in a recent Facebook post. “Of course, I said yes, and he came by my porch soon after to work out the parts, bringing with him a couple of tall cans and the aura of excitement that comes from being in the home stretch of recording a new album.” 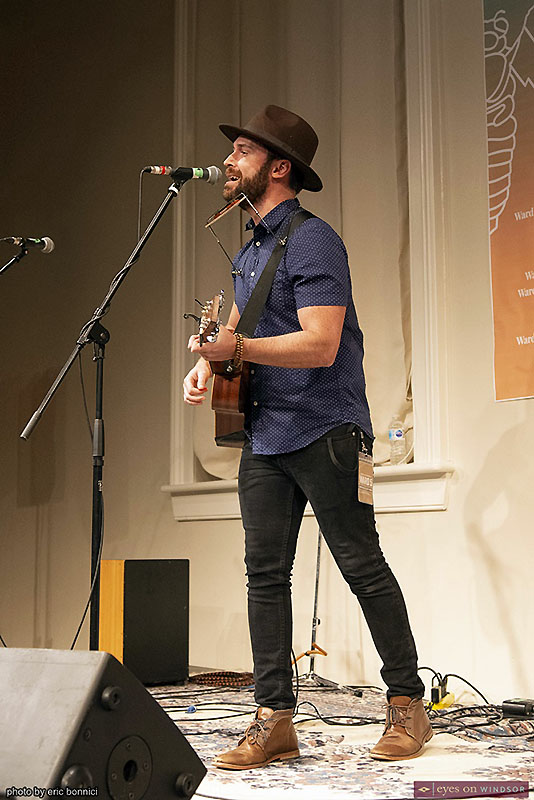 Brendan Scott Friel performing during the Wards of Windsor Music Project at Mackenzie Hall in Windsor, ON, in March of 2020. Photo by Eric Bonnici / Eyes On Windsor.

Produced with financial support from the City of Windsor’s Arts, Culture, and Heritage Fund, ‘Cheap String Lights’ and the upcoming album Summer Moons were recorded in 2020 in the midst of the ongoing pandemic. “Like many, I have been laid off from my day job since the shutdown in March,” says Brendan, who took advantage of the downtime to forge ahead with the album in his basement studio. “There was no waiting for inspiration to strike, I simply treated it like a 9-5 and showed up.”

The 10-song album Summer Moons is slated for release on April 21, 2021. “I’ve had the pleasure of listening to it in its entirety,” says Crissi, “and I can divulge that Summer Moons is a pure work of art, pushing the boundaries of modern folk into new and inspiring places, with Brendan’s skillful songwriting shining a light on lovely and haunting stories. I cannot wait for the world to hear this album.” 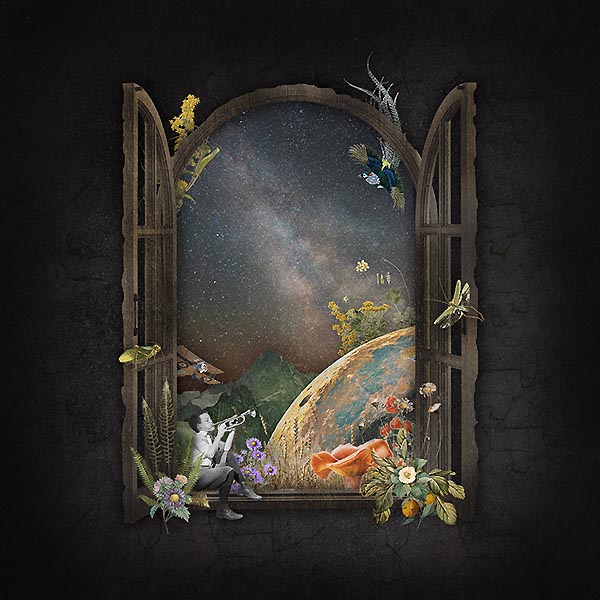 ‘Cheap String Lights’, presented in partnership with Soul City Music Co-op, is available now on all streaming platforms and at brendanscottfriel.ca.