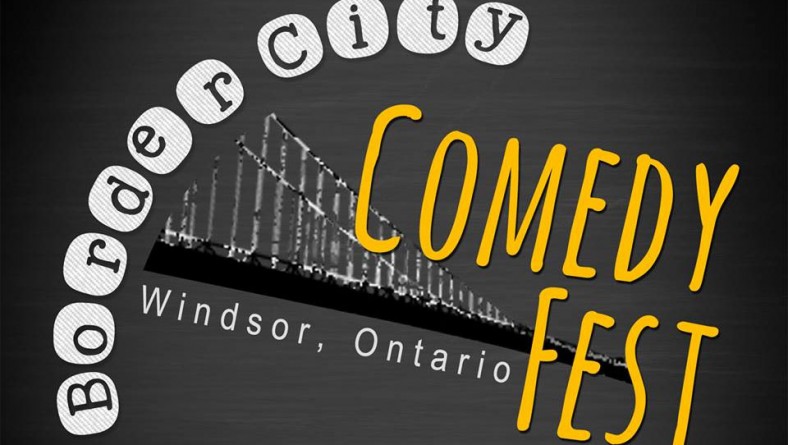 The inaugural Border City Comedy Festival takes place in Windsor Essex featuring sixty four of North America’s greatest stand up comedians competing for a five thousand dollar prize pool. In the style of Last Comic Standing over five hundred comedians applied but the list was narrowed down to just sixty four competing comics. The festival kicks off on Friday July, 11 at the host of the event, Windsor’s premier comedy club the Comedy Quarry at Rockhead Pub on Ottawa street.

The first ever Border City Comedy Festival preliminary rounds will take place over eight weeks at various venues in the Windsor Essex region between July 11 to August 30, 2014. Then the grand finale takes place on September 19 and 20, 2014 at the Olde Walkerville Theatre on Wyandotte Street.

This 800 seat theatre sets the stage for the perfect finale; both as a celebration of the incredible talent of the comedians who will take part in this event, and the long standing history of quality events held at the theatre. Since its establishment in 1920, the Olde Walkerville Theatre has been the host to many grand performances, and the Border City Comedy Fest will be the latest addition to this list.

Preliminary rounds take place each weekend featuring a performance by a headliner stand up comedian and eight competing comedians. Headliners include Michelle Shaugnessy, Alex Pavone, Ian Sirota, Matt McClowry, Kyle Bottom, Kate Davis, Ben Miner, and Chris Locke. Several local Windsor Essex comedians have been selected to compete in the preliminary rounds. Examples include Dave Squeeky Wheels, Andrew Reaume, Tim Reauburn, Jonathon Peladeau, Jarrett Sorko, and Robert Kemeny. A complete list of competing comedians and their bios are listed on the Border City Comedy Festival website. Clearly, audiences are sure to laugh their rocks off at this showcase of comedians with diverse styles and experiences.

Sponsors and partners for the event include the Windsor Star News Café, A&A Associates, and The Walkerville Brewery.

The generosity of the community has not gone unnoticed. Joshua Haddon, the Founder of the Border City Comedy Fest and Managing Partner of Comedy Quarry at Rockhead Pub stated, “The support from local businesses to help bring this event to our great city has been amazing.”

Proceeds from the event will benefit the Fools for Health Clown-Doctor Program; an award winning, independent charitable organization dedicated to using the arts to promote health and well-being in hospitals, long term care facilities, and seniors’ residences. The Clown Doctor program uses therapeutic methods such as music, humour, improvisational play, and reminiscence to increase the quality of life amongst patients.

“Everyone at Fools for Health is extremely excited with this partnership with the Border City Comedy Fest. What Josh is crafting is an amazing initiative to promote Windsor and the comedy community. We are honoured he has selected us to be the featured charity,” said Jason Tang, Treasurer for Fools for Health. “Laughter is the best medicine and we want to show Windsor and the Essex County community the importance of our program,” he added.

Comedy Quarry at Rockhead Pub is located at 1444 Ottawa Street. The Border City Comedy Fest begins on Friday, July 11th, 2014, with eight stand-up comedians each week for a total of 17 shows. Preliminary tickets are available up to 72 hours prior to each event and are $10 in advance or $15 at the door. V.I.P. tickets are currently available and include V.I.P. seating to the finale on September 20th, and an invitation to the after party. For more information on each performer or to purchase your tickets, visit www.bordercitycomedyfest.com.