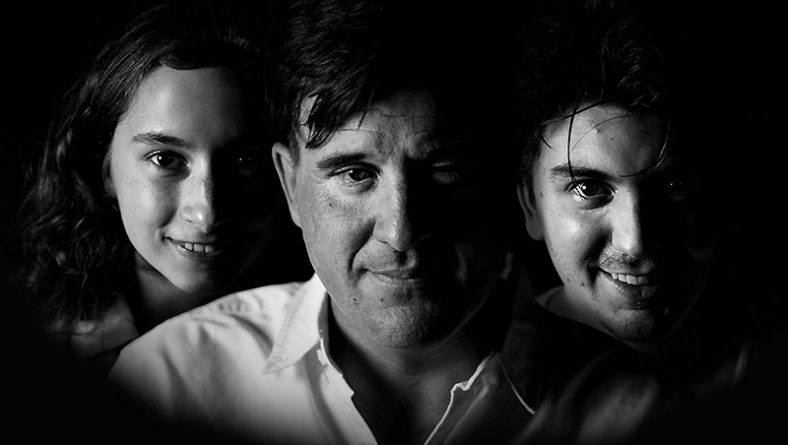 When Blasted premiered at London’s Royal Court Theatre in 1995, people were outraged. Critics attacked the first full-length play by 23-year-old Sarah Kane, who was pilloried by England’s cultural and media elite. Yet playwrights – including the eminent Harold Pinter – rallied to her defense, asking patrons to take a closer look. Since Kane’s death by suicide at the age of 27, Blasted has become celebrated as a visionary and audacious work of art – hailed by many as one of the greatest plays ever written. It’s taught in theatre schools, and studied by scholars. Yet, it’s rarely performed outside of continental Europe. 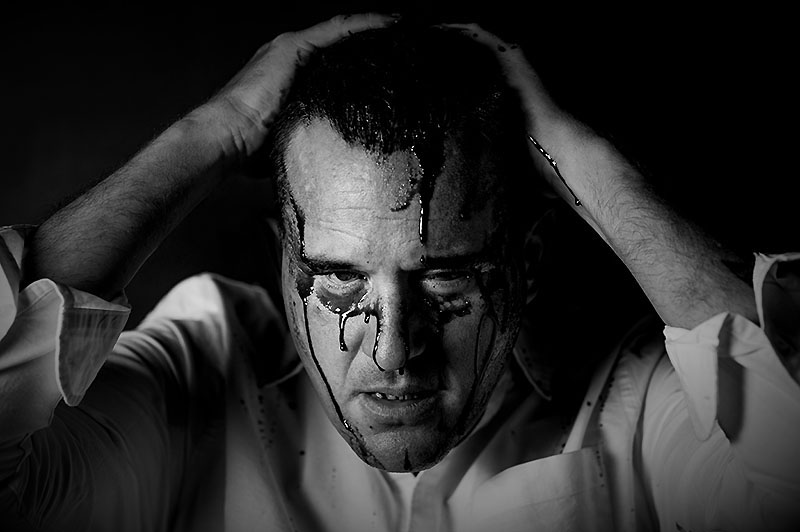 Michael K. Potter as Ian in Post Productions’ presentation of Sarah Kane’s notorious play Blasted set to take place at The Shadowbox Theatre in Windsor, ON. Photo by Anthony Sheardown.

“Post Productions is only the fourth Canadian company to produce Blasted, ever; the others were in Toronto, Montreal, and Vancouver” says director and producer, Michael K. Potter, who also stars in Blasted as Ian, the middle-aged journalist who meets with Cate (Julia Pastorious) in an upscale Leeds hotel room in the hope of rekindling an illicit affair that ended when Cate was still a teenager. War is brewing outside. Armies are moving in. The reunion is awkward and complicated, marked by moments of tenderness and abuse. Shortly after Cate declares she’s leaving, a soldier (Nikolas Prsa) arrives and the story takes a dark and disturbing left turn. 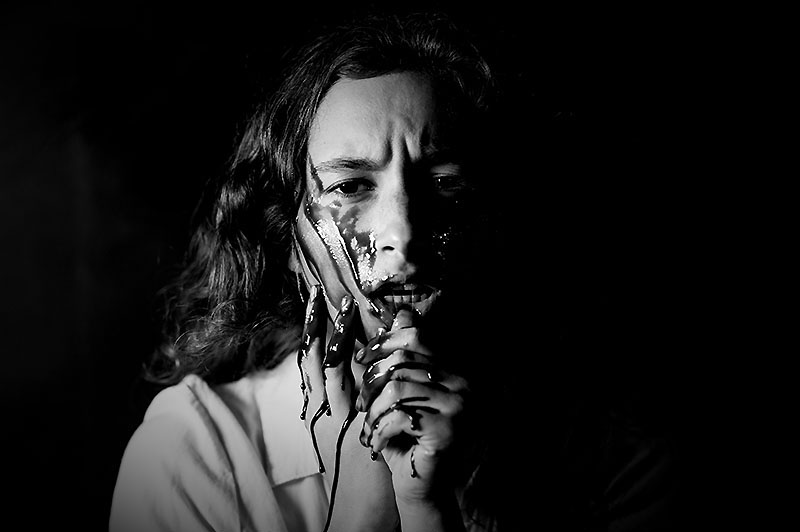 Julia Pastorius as Cate in Post Productions’ presentation of Sarah Kane’s notorious play Blasted set to take place at The Shadowbox Theatre in Windsor, ON, between Oct. 1 to 16, 2021. Photo by Anthony Sheardown.

“This will probably be the only production of Blasted Windsor-Essex will get to see, at least in our lifetimes. It’s rarely produced for many reasons, from its content – which is often disturbing – to the technical and emotional demands it places on the actors, and to the sheer complexity involved in producing it from creative and technical standpoints,” Potter explains. For example, halfway through the story, the beautiful hotel room is destroyed by a mortar shell, meaning elements of the set have to be created and destroyed every night. “Our set designer, Matthew Burgess, feeds on the challenge of creating magnificent sets on a strict budget.” 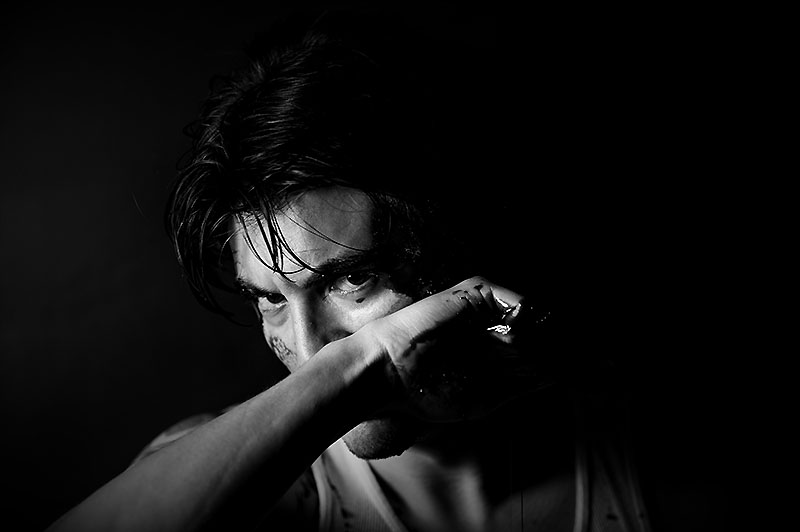 Nikolas Prsa as The Soldier as Ian in Post Productions’ presentation of Sarah Kane’s notorious play Blasted set to take place at The Shadowbox Theatre in Windsor, ON, between Oct. 1 to 16, 2021. Photo by Anthony Sheardown.

The story itself is driven by eerie music from Windsor-based composer and musician George Manury (who worked with Post Productions on True West in 2017) – and, of course, the performances of the three actors. “I feel both blessed and tested sharing the stage with Julia Pastorius and Nikolas Prsa,” Potter says. “They’re two of the best young actors in the region doing raw, vulnerable, authentic work that will make people forget they’re watching a play”.

Despite Blasted’s mature themes, disturbing scenes, foul language, and nudity, all involved hope audiences feel the underlying compassion and beauty of Kane’s work – and leave the theatre thinking about what she is trying to say. As actor and producer Nikolas Prsa puts it, “Blasted is timeless. The root causes of violence in far-off conflicts are similar to what goes on every day in our own backyards. Every abusive and codependent relationship is its own form of warfare. Audiences are going to come away from Blasted with a new understanding of how the human spirit continues to endure in the face of violence and hopelessness”. 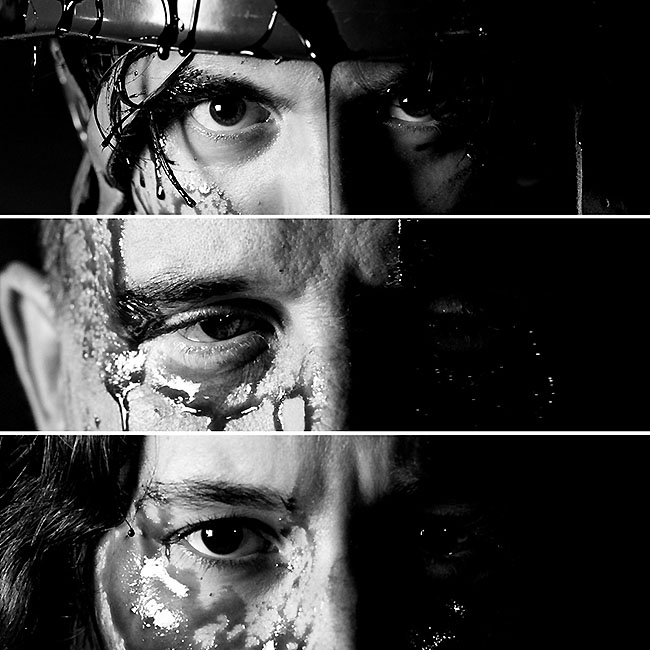 Cast members in Post Productions’ presentation of Sarah Kane’s notorious play Blasted set to take place at The Shadowbox Theatre in Windsor, ON, between Oct. 1 to 16, 2021. Photo by Anthony Sheardown.

A trailer for Blasted can be viewed here: https://www.youtube.com/watch?v=RCpvX9E66Qc 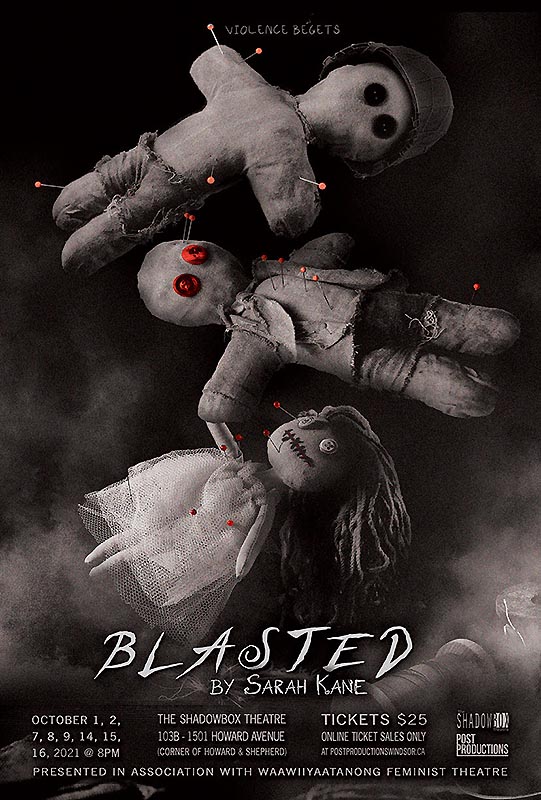