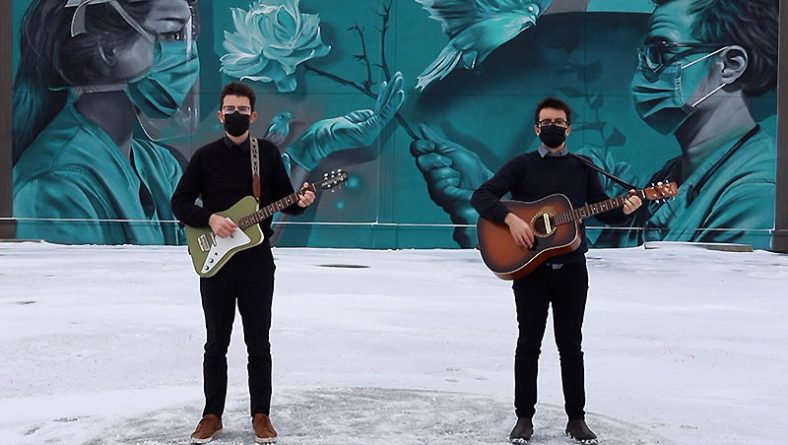 (The Bishop Boys performing their new single “Dark Days” in front of a health care mural by local artist Derkz located outside the Penalty Box Restaurant in Windsor, Ontario, as part of their video shoot for the song. Photo above by Johnathan Kosty.)

Pandemic life and civil unrest inspire an indie-rock reflection of hope and a music video showcasing the beauty of Windsor and Essex County.

No one can deny that the start of the 2020s have seen some dark days, but few have managed to render it in art as gracefully as Windsor-based indie-rock duo, The Bishop Boys. Dreamy and nostalgic, their new pandemic-inspired single ‘Dark Days’ debuts this Friday, February 19th alongside a stunning Wes Anderson-inspired official music video of the duo performing six feet apart against backdrops across Essex County.

“Dark Days is both a gloomy reflection on pandemic life and the civil unrest of the past year, and a hopeful forecast of brighter days ahead,” explains Austin Di Pietro, one half of the songwriting duo comprised of Di Pietro and longtime friend and musical collaborator, Andrew Adoranti. Written during the first lockdown in May of 2020, the song illustrates stark scenes witnessed from afar – live-streamed shots of an empty Times Square, riots erupting in Minnesota in the days after the murder of George Floyd, and police brutality in Detroit.

“I remember watching the horrifying images of police beating on protesters, the mass amounts of smoke, and I couldn’t help but be reminded of the race riots of 1967 that tore the city apart,” reflects Di Pietro.

Having self-produced several candid music videos of the band’s adventures across Windsor-Essex, the Bishop Boys took advantage of the second lockdown of 2020 to create their most ambitious music video yet, featuring aerial footage, more than a dozen locations, and artful symbolism. Wide-angle shots generate space and separation, overcast skies and deserted places capture the loneliness of the pandemic, and the duo maintain the recommended 6-foot “social distance” from each other throughout the video. 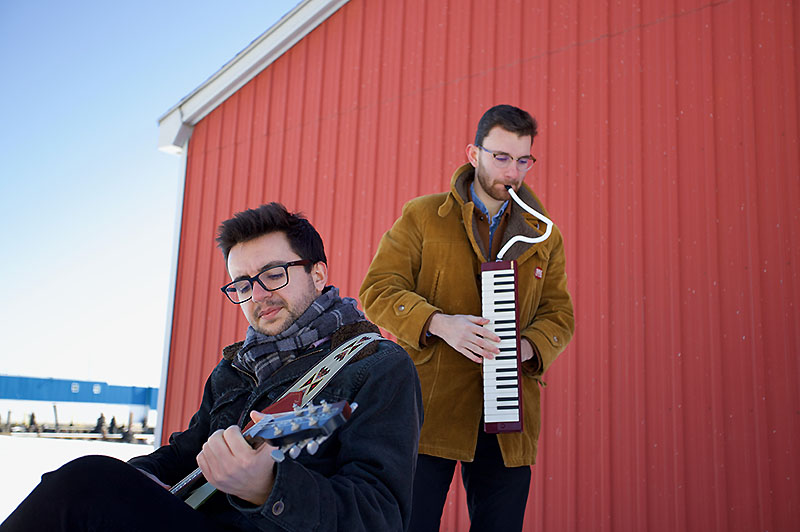 The Bishop Boys performing their new single “Dark Days” as part of their video shoot for the song. Photo by Johnathan Kosty.

“The concept for the video was inspired by the cinematography style of Wes Anderson, with his symmetrical framing of shots, flat composition, and strong emphasis on colour,” says Di Pietro, who scouted the iconic locations of the video through a combination of exploring Google Maps and driving around the county with cameras in-hand.

The locations featured in the video include the Seacliff Park Amphitheatre in Leamington, the Old Windsor Jail, the Kingsville Dock, Black Oak Heritage Park in LaSalle, Phog Lounge, and colourful buildings throughout the region. The David Derkatz mural honouring frontline healthcare workers on Walker Road features prominently in the video, accompanying the lyrics “front lines and fences, it’s a no man’s land – God bless the superhero medicine man.” 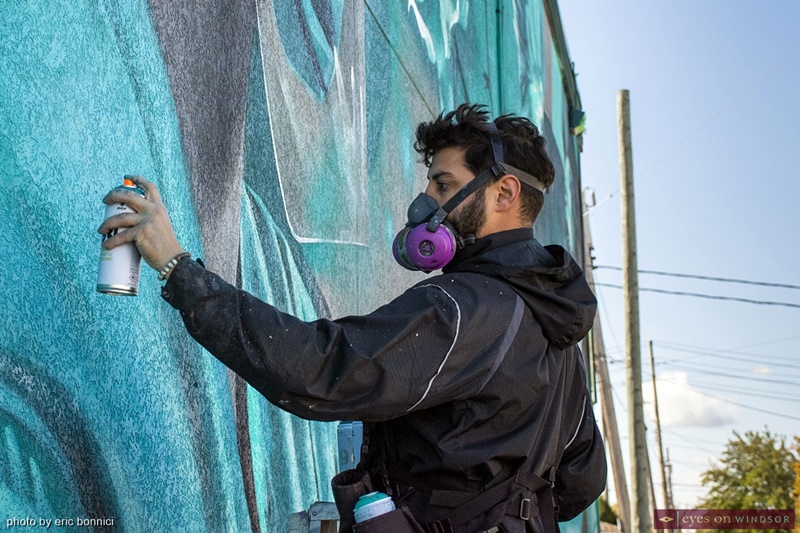 Artist David Derkatz, aka Derkz, painting a frontline healthcare mural tribute on the outside wall of the Penalty Box Restaurant in Windsor, Ont., on Oct. 2, 2020. Photo by Eric Bonnici / Eyes On Windsor.

Highlighting Windsor and Essex County has been a key aspect in the ethos of the band, who named their first EP after the region’s hidden gem, Pelee Island. “We grew up writing music together in Riverside, and much of our music is either inspired by or directly about these places,” says Di Pietro. “We hope that this song and video gives people some comfort in reflecting on how far we’ve come in the past year, and inspires them to get out and explore all the beauty we have here in our own backyard.”

Amidst the ongoing pandemic, live performances for the band remain uncertain. “The only real live performance opportunities we’ve had have been with the Gravy Train organized by Phog Lounge to bring music and poutine to people’s doorsteps,” says Di Pietro. “We were able to play the song at a few stops along the route, but nothing can beat playing music for a packed house.” Nevertheless, the Bishop Boys are forging ahead with plans for upcoming live-stream performances and a full-length album for release later in 2021. 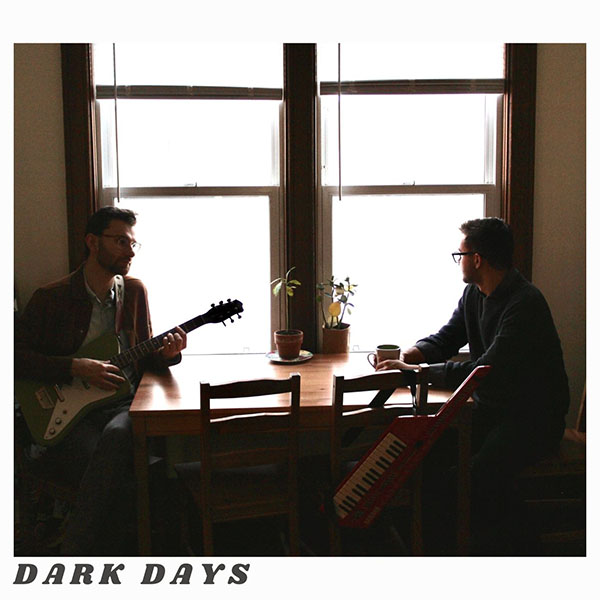 ‘Dark Days’, presented in partnership with Soul City Music Co-op, will be available this Friday, February 19th on all major streaming platforms and on their website.