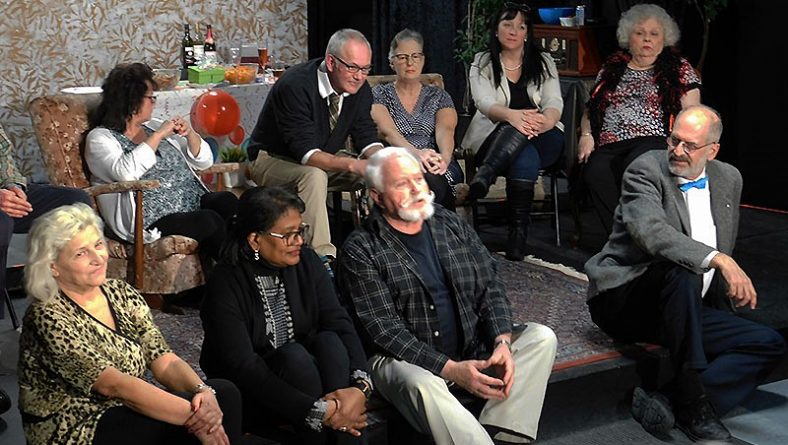 (The cast in Arts Collective Theatre’s Elder Affairs, part of the ACT Social Justice Program, sat down for a discussion of senior abuse and relationships with their audience following the play’s conclusion on Jan. 8, 2019. Photo above by Robert Tuomi / Eyes On Windsor.)

There is a certain undercurrent in the lives of those who have achieved golden age status. The unlucky ones, about 10% are bullied. This bullying isn’t always exposed or even understood. Such is the premise of Arts Collective Theatre’s presentation of “Elder Affairs.” Playwrights Chris Rabideau and Linda Lord went through case files to find enough reality to bring the multi-faceted nature of elder abuse to the surface in a very comical evening of entertainment based largely on carefully selected and precisely delivered double entendres. 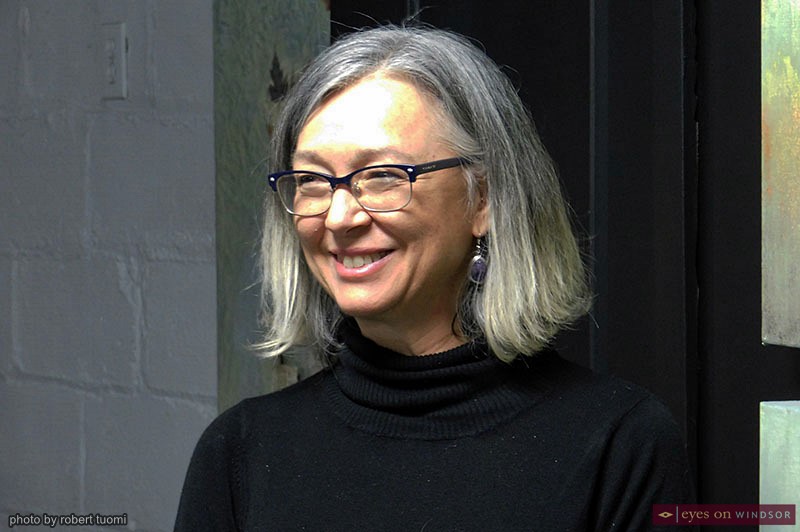 Less than ten minutes into the play, Deana Johnson’s character Fran, is first to bring up a tale of abuse. It is innocently enough injected into the script to explain her new personal support worker Kim, played with empathy by Alex Hagen. Many more stories, some subtle, some not, follow not only about physical but mental and even financial abuse. High on the list of importance, Director Chris Rabideau tells Eyes on Windsor, is the discussion of what is happening, which is what is done after the play concludes, a question and answer session with the actors. 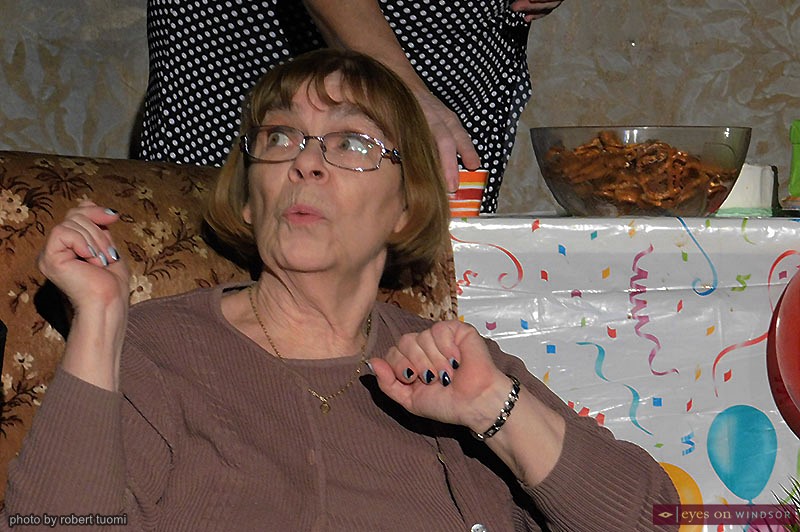 The play itself is set in the common room of an apartment building, Pam Hartford’s character Carol busies herself setting up an 80th surprise birthday party for her father Andy, acted with no reservations by Robin Swainson. But, word says he won’t be attending. This turns out to be nothing less than an act of defiance against his overbearing daughter. 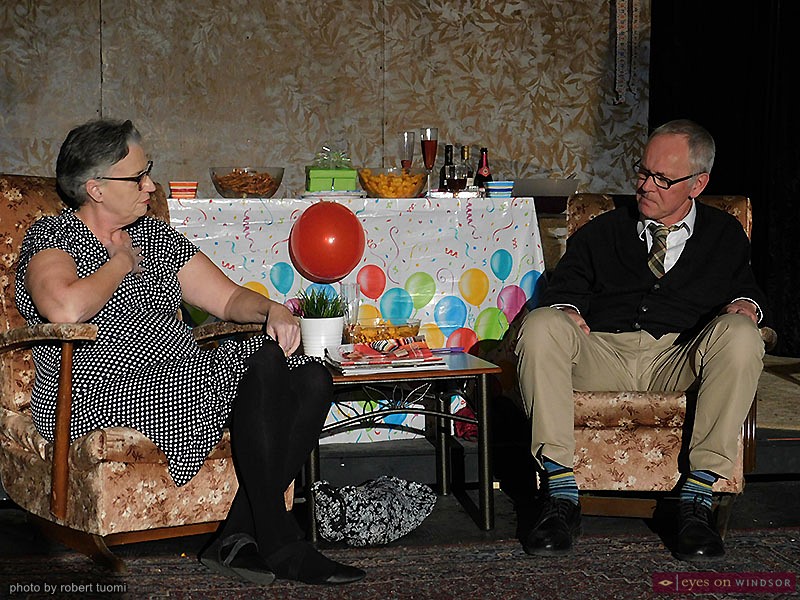 A variety of relatives and friends arrive, including the charming Jackie, the apartment building’s resident loose woman. She struts around the party room with just the right instincts to remind all of her charms, played so wonderfully by Florence Lamotte, but can’t seem to remember where she leaves her bras. Then, the plot thickens with the arrival of strangers, claiming to be personal invitees of Andy. One of them, Marion, acted with due mystery by Sally Boismier, seems overly worried about Andy’s absence. 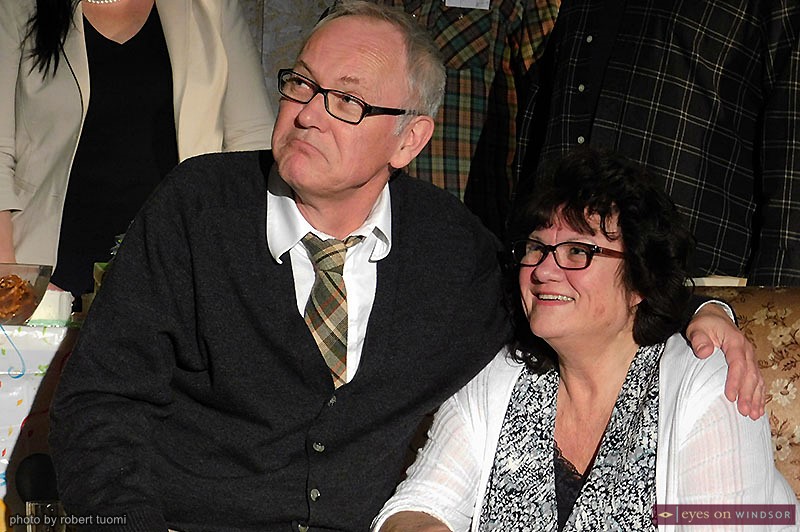 Her arrival is actually a manifestation of Andy’s treatment by Carol. Mistreatment, it turns out. Apparently, as is often the case, caregivers can be the last to know the devastation of their actions.

To turn the party on its end, Rabideau and Lord, have Marta, Jordanka Kanova’s character, execute the act of a revengeful spurned lover handing out chocolates, but is cautious who gets one. One of the most poignant comments by any of the actors is found in the words of apartment superintendent Charlie. Actor Cal Batten laments about working with seniors being akin to working with children. That doesn’t earn much audience support, proving the message is sinking in, as it should. 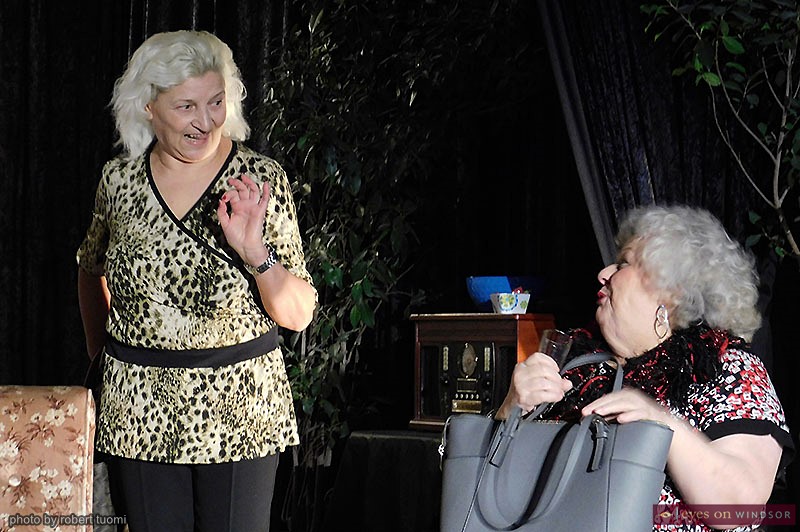 In the end the characters in Elder Affairs, sort out their situations. A happy ending of sorts but not always a common course. This ACT Social Justice Theatre Project squarely puts a situation bubbling, and often bubbling over, in many elder/family relationships under the microscope. Certainly the issue is candy coated, with great comedy lines and superb acting, by a cast of mostly non-actors. That is the entertainment part. The real message is how the elements of true stories are interwoven with sincere lightheartedness to expose the danger of even unintentional abuse. 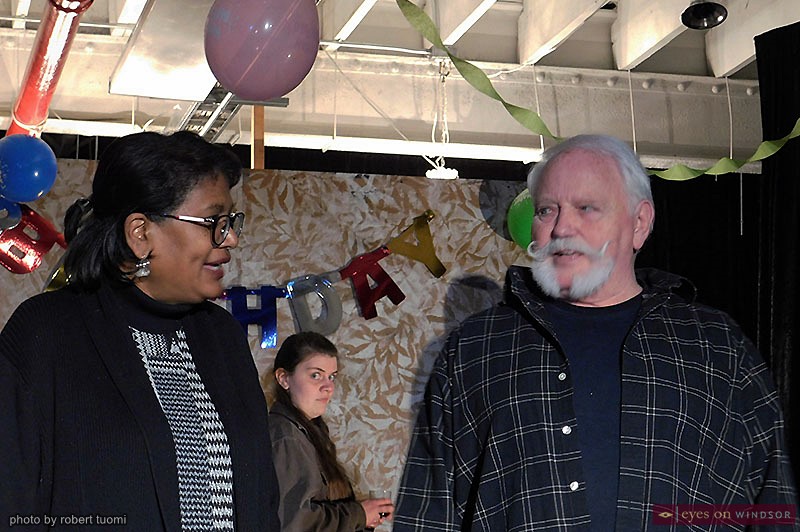 To find out what is really going on among seniors, ACT conducted workshops with such citizens from the local Life After 50, and others, from July 2018 to last month. The information provided the stories shared in the play.

For the majority of the cast this is their first time on the stage. But it doesn’t show. Most, in the after play discussion, agree learning their lines was the hardest part of the effort. Another remarkable fact is the play was put together based on only eight rehearsals. 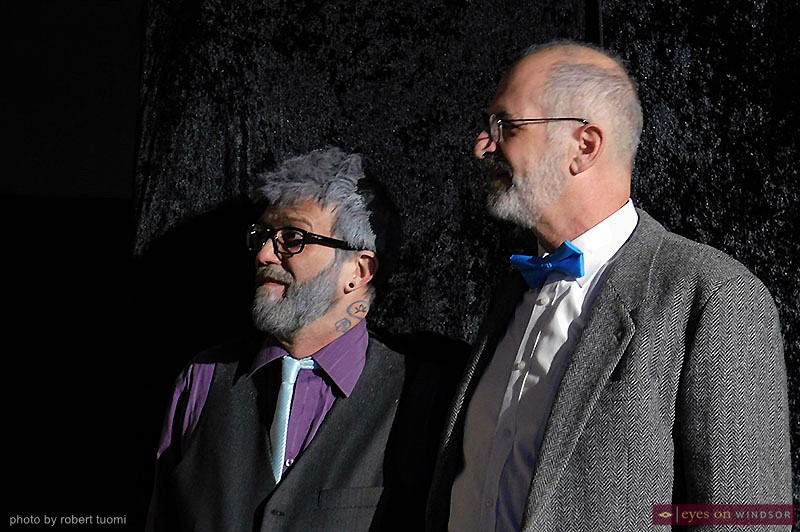 Sean, played by Ron Ripley, has lost most of his memory but partner Tom compensates, often in a comic way, in Arts Collective Theatre’s Elder Affairs at Walkerville’s Sho Art, Spirit & Performance. Photo by Robert Tuomi / Eyes On Windsor. 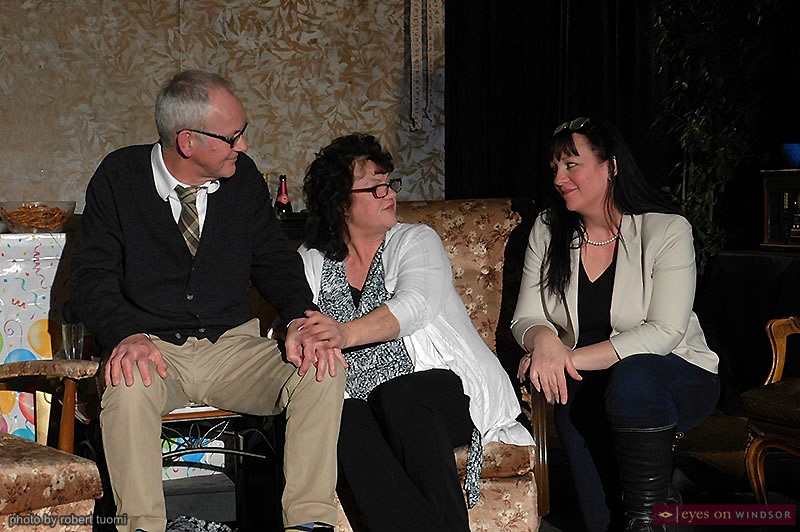 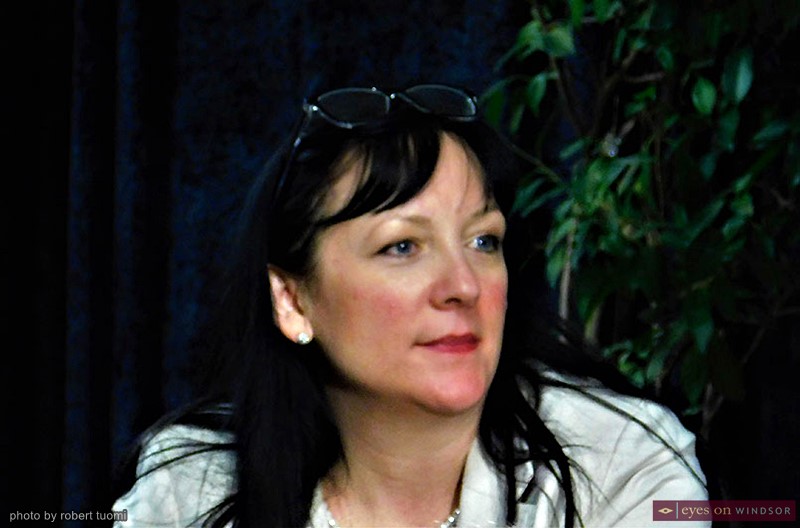 Some of the comedy in the play Elder Affairs, presented by Arts Collective Theatre at Sho Art, Spirit & Performance in Walkerville, was delivered by Ruthie McLean in the role of Susan, granddaughter of the birthday boy Andy. Photo by Robert Tuomi / Eyes On Windsor.

ACT Windsor’s upcoming production features The Wiz, Charlie Smalls’ Tony Award winning musical adaption of The Wizard of Oz, at The Capitol Theatre on March 22, 23, 24, 29, 30, & 31, 2019. This production is part of ACT Community, an annual theatre program which provides training and performance opportunities for multi-ethnic artists.