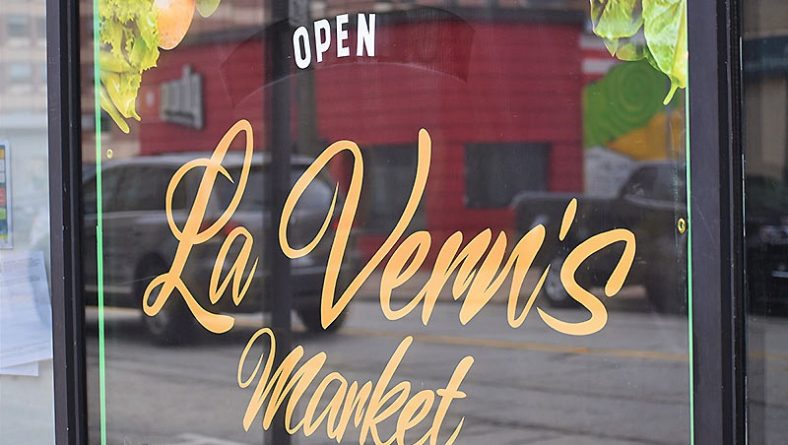 Downtown Windsor continues on a most dramatic change in its fortunes. New stores, new condos and apartments along with new services seem to be arriving daily. To find out more, Eyes on Windsor visited one of the core’s newest developments, a grocery store on the street level of the ten-storey art deco Security Building at the northwest corner of Pelissier Street and University Avenue. Erected in 1927, the brick clad tower is one of Windsor’s oldest and at the time of construction was also acknowledged as one of Southwestern Ontario’s tallest. 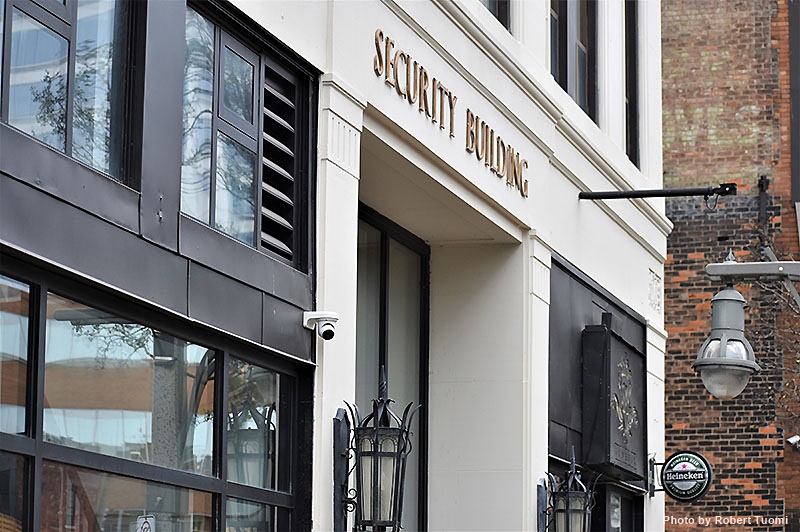 The main entrance to the Security Building on Pelissier Street in downtown Windsor, ON. The building also houses downtown’s new La Vern’s Market. Photo by Robert Tuomi / Eyes On Windsor.

Currently its well-planned metamorphosis will ultimately result in some of its floors converted to residences. While that transformation is months away, the building’s new crowning glory is La Vern’s Market, a fully curated bodega, and the first to grace the downtown in a considerable period of time. 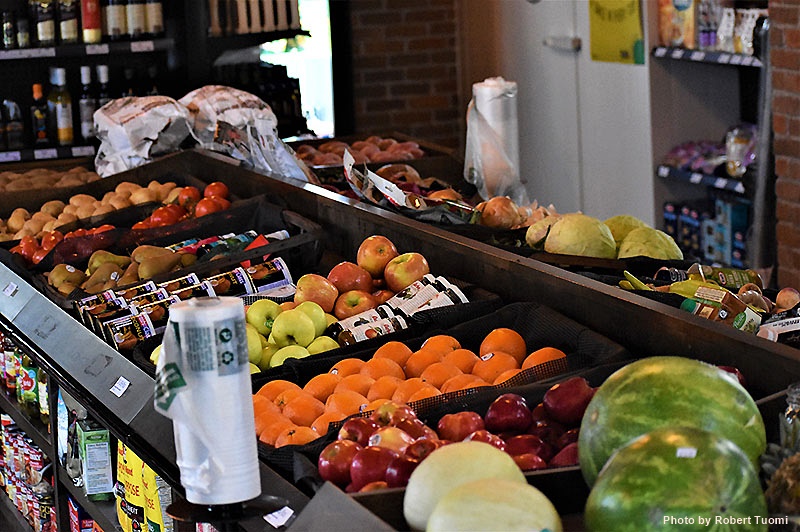 It is a significant achievement for serial developer Vern Myslichuk, proprietor of BetterMade Cabinets. For those following outstanding local developments, Myslichuk has won considerable accolades for a no longer non-discreet property at 614 Erie Street in the popular Via Italia. Housing the renowned fine dining Bacchus Ristorante and the Verna-Q-Lar cocktail lounge, the building is a pleasant burst of character with its renovated exterior featuring classic architectural features resembling what might be a common style of historic buildings in any Italian metropolitan centre. 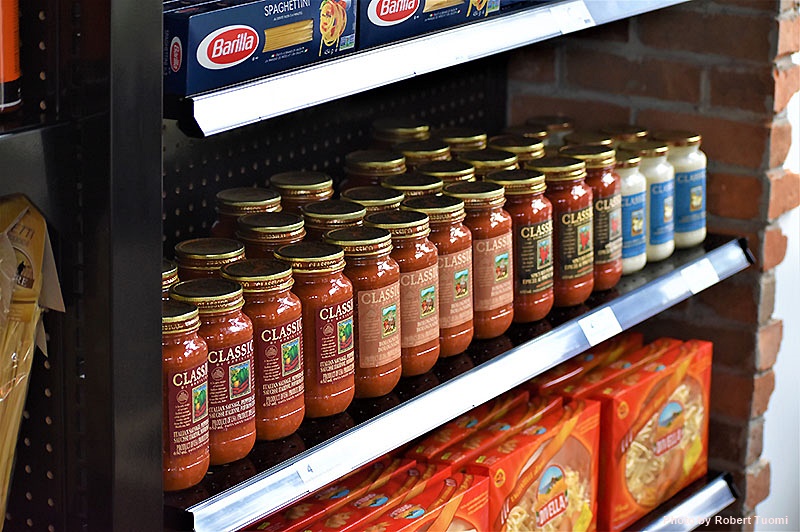 Packaged goods are attractively displayed at the new La Vern’s Market in downtown Windsor, ON. Photo by Robert Tuomi / Eyes On Windsor. 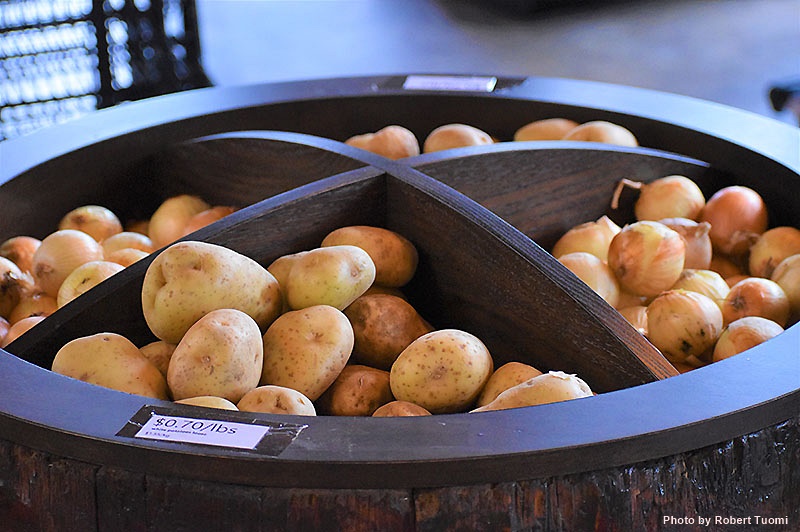 A most pleasing characteristic of a Myslichuk project is an unwavering attention to detail which is very evident in the layout of the new Market. Everything is neatly put in place in sections with everything needed for certain pursuits, say like pasta supper making, grouped together. Products on offer are plentiful and arranged in an eye-catching, orderly manner. Matched to shelves stocked with packaged goods are a number of refrigerators filled with chilled beverages and related products.

While in the Market, visitors should look up. There is a reason. The interior has its own uniqueness. Instead of a dull monochromatic ceiling, artists were employed to create a whimsical presentation emblematic of a forest which gives the shop an ethereal feel. 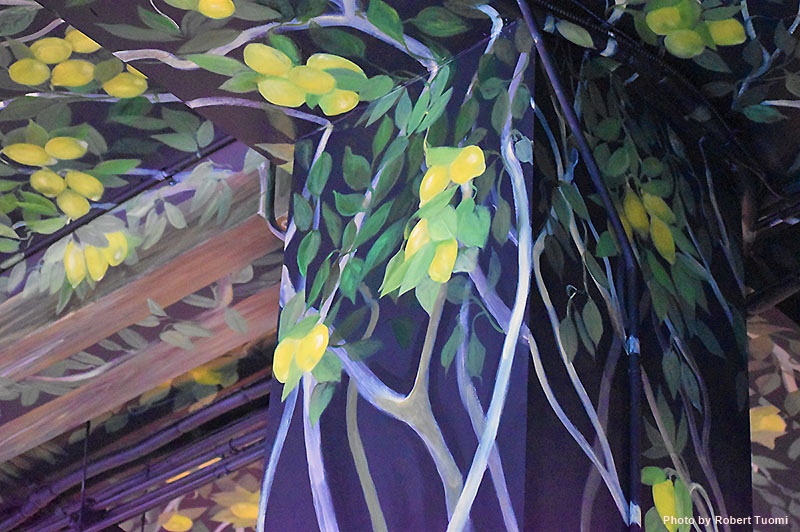 The ceiling of the new La Vern’s Market in downtown Windsor, ON, has a natural motif. Photo by Robert Tuomi / Eyes On Windsor.

As to the success of the new venture. Eyes on Windsor has learned patronage is steady and growing, suggesting the new market is certainly gaining the support of downtown residents.