Easter Seals Ontario (Windsor-Essex) is pleased to announce its 2021 Regional Ambassadors, Alex Bondy and Brigid Kidd. Both ambassadors served in their respective capacities in 2020 though due to the pandemic and limited opportunities to exercise their roles were invited to return for 2021 to ensure they received a full year of joy and community presence through Easter Seals.

Alex Bondy is a bright six-year-old who loves gym, music and playing on his iPad. He was born with arthrogryposis, which affects his muscles and joints. However, his favorite thing to do is show off his new skill, his ability to walk! He started walking after a successful knee operation in 2018, and he gets better and faster every day thanks to a device called a pacer that helps support his weight. Walking has helped him discover his self-confidence.

Brigid Kidd is a feisty 15-year-old with a smile that never leaves her face. She was born with a genetic condition called mitochondrial encephalomyopathy affecting all facets of her life, except for her bring it on attitude as she faces every challenge with fierce determination.

Entering his sixth year as the Telethon Committee Chair, Ram Sridhar, has been a strong volunteer with Easter Seals Ontario (Windsor-Essex) since 2008. Prior to this, Ram had helped out as a volunteer in 2006 with Easter Seals’ Power Play, a charitable ball hockey event.

“Easter Seals is blessed to have Alex, Brigid and Ram return to the fold as we collectively raise awareness for kids with physical disabilities while generating much-needed dollars to support our mobility grants program,” says Development Officer Jeremy Renaud. “We have an exceptional team to help us grow our footprint across the region and beyond.”

Bellacicco is a graduate of St. Clair College in Windsor and Spec’s Howard School of Broadcast Arts in Southfield, Mich. Upon graduation, he worked at CHUM radio as a board operator before moving to CBC Windsor in the same capacity. In February 1998, Bellacicco was asked to be a cameraman. On his first day, he shot a carjacking and was later featured on the U.S. show Inside Edition. Soon afterwards, he joined CHWI-TV. He started as the weekend reporter and got a broad taste of the television business working on the station’s morning show. On NEW DAY he was a cameraman, producer and fill-in host. 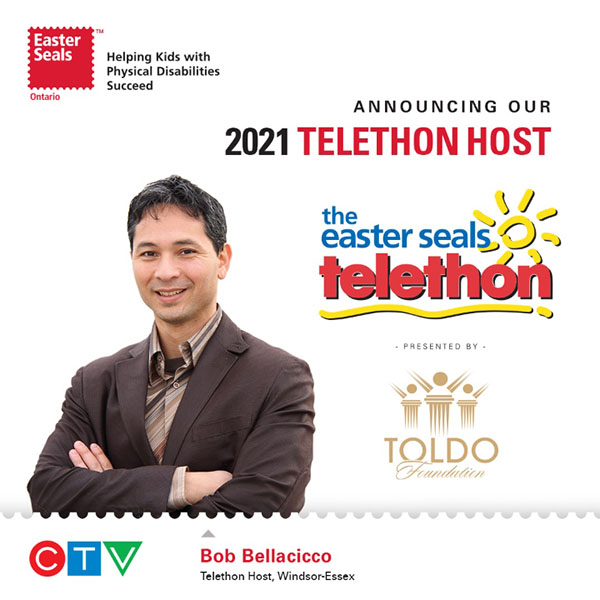 Bellacicco also has a passion for sports stories in the community, but also the experience to cover breaking news events across Windsor-Essex. He has covered the 2005 NBA finals, 2006 Superbowl, 2008 and 2009 Stanley Cup finals, 2009 NCAA Final Four, 2010 Memorial Cup and 2012 World Series.

Furthermore, Bellacicco is an avid ball hockey player who enjoys fitness. He volunteers his time as a coach and is involved with local charities. He is married to Maryann and has two children, Joey and Cristina.

“I am both honoured and thrilled to serve as this year’s Telethon host,” says Bellacicco. “I have had the opportunity to work with Easter Seals supporters and its ambassadors recently through the Telethon pre-record at St. Clair College and can’t wait for the community to become involved this April!”

The 39th Annual Easter Seals Ontario (Windsor-Essex) Telethon presented by the Toldo Foundation will air on Saturday, April 3 and 10 from 3 – 6 p.m. on CTV Windsor. For more information or to donate online, visit www.easterseals.org/windsor-essex-telethon/ 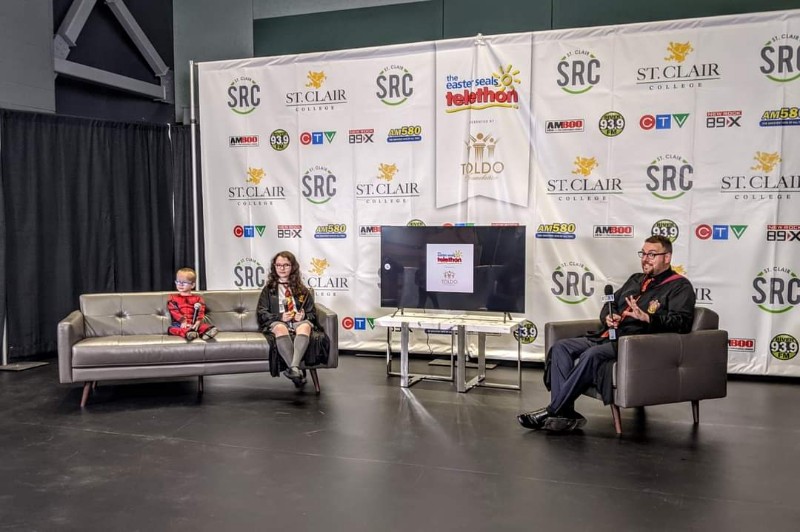