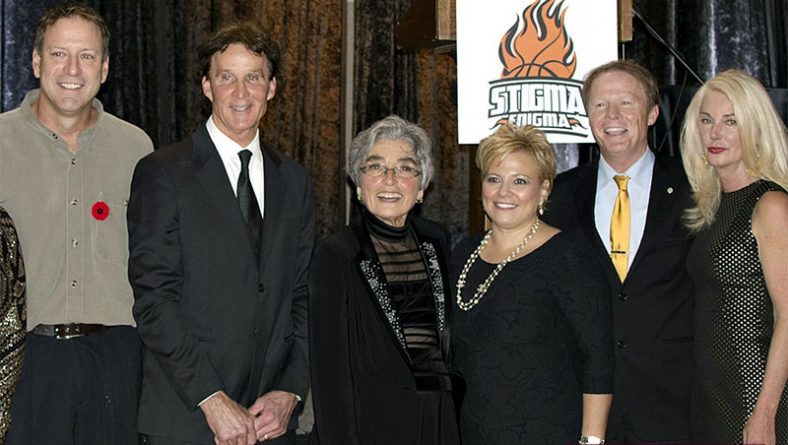 Stigma Enigma’s “Meals For Mental Health” kicks off today in support of Maryvale Centre’s Children’s Mental Health Programs and runs from Nov 2-8. Windsor Essex residents can dine in or order take out from 17 participating restaurants and mention they would like to have $5 or more added to their bill as a donation.

Meals For Mental Health replaces Stigma Enigma’s annual Mingle for Mental Health which normally brings in a celebrity speaker who shares their personal stories and struggles to raise awareness about mental health issues. These familiar faces help the organization in its mission to eliminate the stigma surrounding mental health, encouraging non-judgmental conversations about it and inspiring individuals to reach out for help in times of distress. 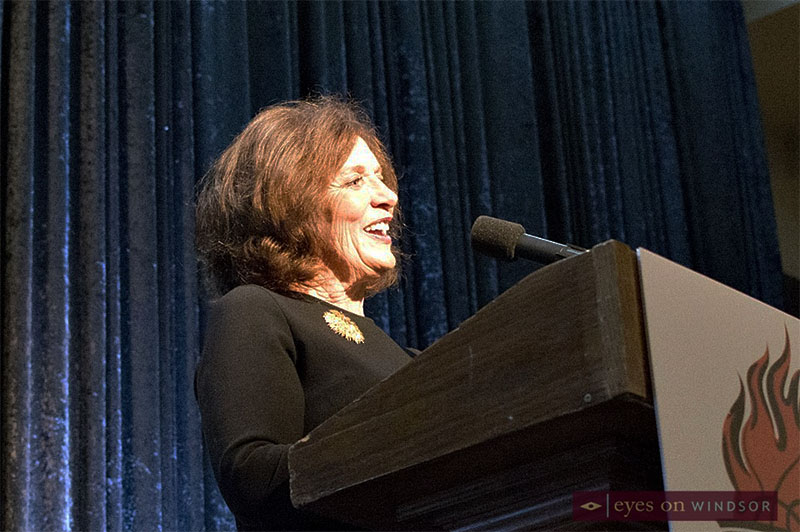 Margaret Trudeau talking about her struggles with depression and bipolar disorder during the annual Stigma Enigma Mingle For Mental Health fundraiser at the Giovanni Caboto Club on Sat. Nov.12, 2016. Photo by Eric Bonnici / Eyes On Windsor.

Stigma Enigma, headed by Windsor Family Physician Patrick Smith, has raised more than $800,000 since it’s inception 6 years ago. Smith has lost patients and close friends to mental illness and suicide. Sadly, mental illness hit hard when he lost both his eighteen-year-old niece and twenty-four-year-old nephew within a year’s time to suicide. From the tragedy Smith and his group of volunteers formed Stigma Enigma to fight the stigma of mental health and to help prevent suicide, particularly among youth, in our community.

Funds raised through the annual fundraiser help to provide youth counselling services at Maryvale which have been under-funded and under-serviced for years and are in higher demand than ever during the pandemic.

The group has teamed up with the following restaurants to raise funds this year through Meals For Mental Health: 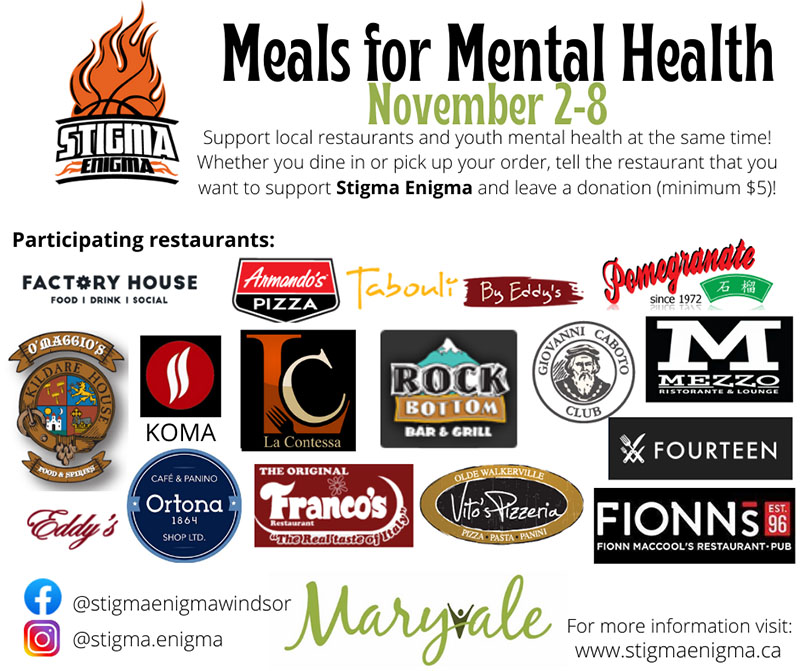 Customers who donate will have a chance to win a 65″ TV or a Tim Horton’s gift card.

Maryvale is a local agency that helps youth in our area who are facing mental health issues, counselling, day treatment and the Rotary Home for quick intake of youth at high risk for suicide.