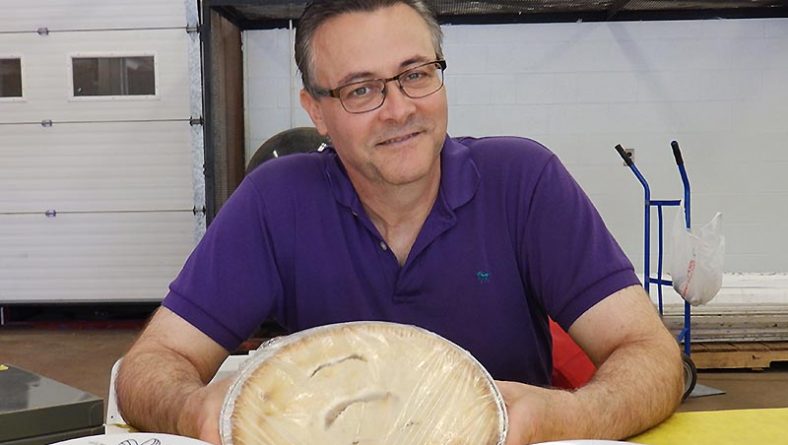 A Saturday morning sky filled with dark and foreboding clouds is no deterrent for the sixth year of the Olde Sandwich Town outdoor farmer’s market. Normally it is spread out behind the now closed J.L Forster High School in the city’s west end. When the weather looks inclement, as it did on the weekend, the vendors simply move inside the school.

Although moving the market indoors is a nice matter of necessity, nonetheless owner/manager Bill Voakes prefers being outside. There is, he says, something about the openness and the fact the outdoor location is nearer to the adjoining Linwood Place, giving it greater street level visibility. 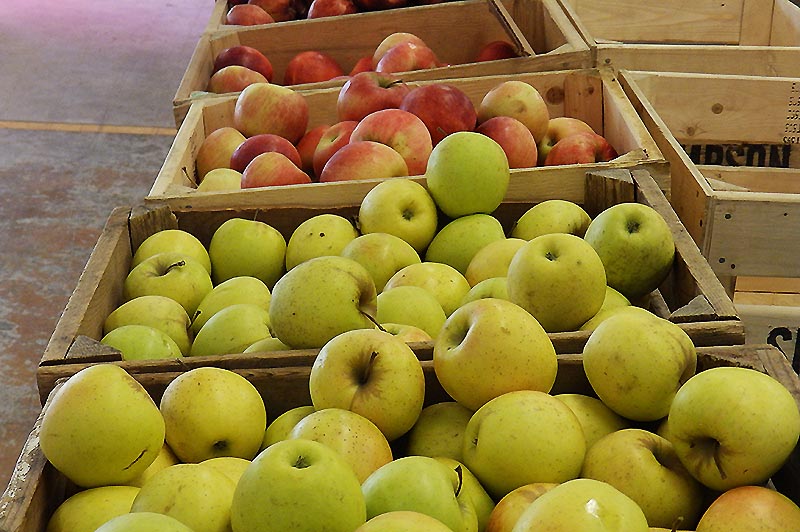 The bounty of Windsor-Essex County on sale at the Olde Sandwich Towne Farmers Market will change throughout the summer as additional crops are ready for market, shown here are various types of apples. Photo by Robert Tuomi / Eyes On Windsor.

Throughout the summer Voakes has lined up a number of vendors offering fresh vegetables and fruits and other items including hand-made jewelry, farm-fresh eggs and freshly made beef and pork meat pies, a key component of the fundraising efforts of Sandwich’s Bedford United Church.

Voakes also mans a booth which he describes as a co-operative venture. Growers from the county supply him with their farm’s produce. Some of the farmers are in their 80s and not up to standing in a market all day. In return for fresh product, Voakes does the selling.

A sign of the popularity of gardening at this time of year are the colourful displays of bedding plants and hanging baskets.

In a unique twist, some of the plants for sale are actually grown on-site, right in the school. There is a reason for converting a second floor of classrooms into a hydroponic growing space. 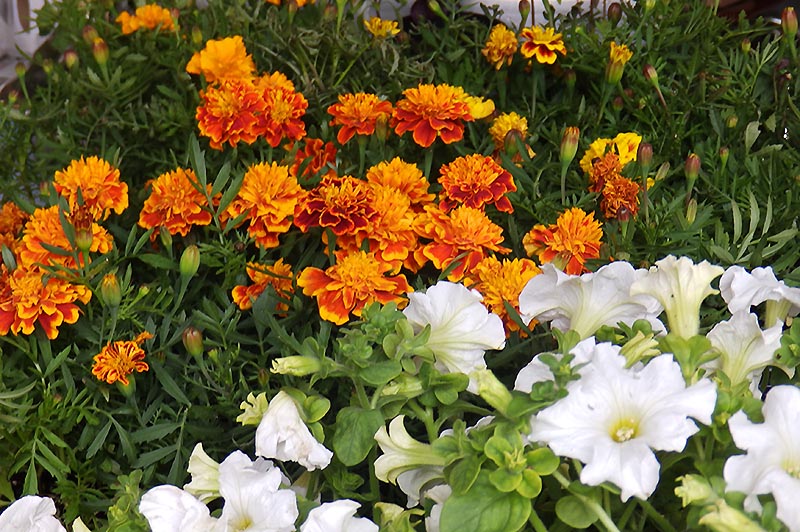 Forster is also the anticipated new home of the relocated Canada South Science City. Although not open at the moment, money is being raised to fully develop its place in the school.

The reason Voakes has become a gardener of sorts is to help raise money to cover the necessary costs of preparing the site for the science centre.

This year, as is usual, the market will operate Saturday and Sundays from 9am to 3pm until mid-October. Its location is off of Linwood Place behind the former J.L Forester High School at 749 Felix Avenue. 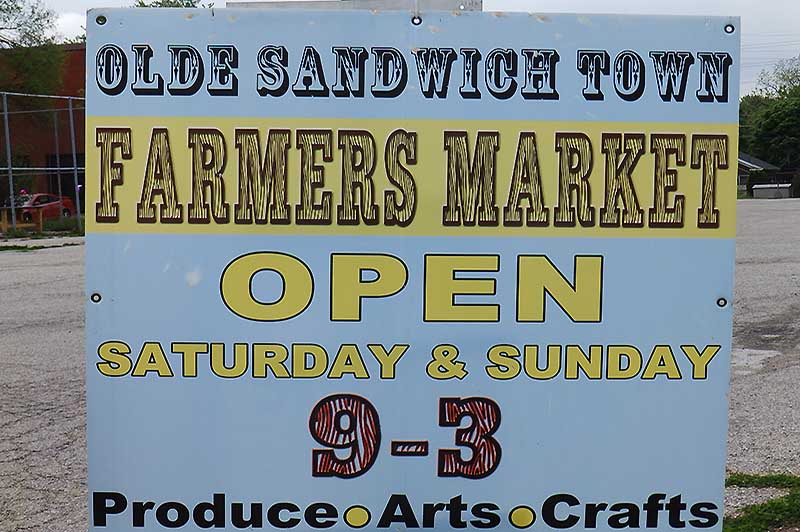 The Olde Sandwich Town Farmers Market runs Saturday and Sunday from 9am to 3pm. Photo by Robert Tuomi / Eyes On Windsor.