On Saturday morning, in a single file silent procession, more than 100 local residents walked the 5.6 km distance along Windsor’s riverfront, from Dieppe Gardens to the Ambassador Bridge and back. Although similar walks were being held Saturday around the world, this was the inaugural Walk For Freedom Windsor-Essex County. Now, a worldwide movement, with walks in over 400 locations in 50 countries, it is all about raising awareness about human trafficking, locally and globally. 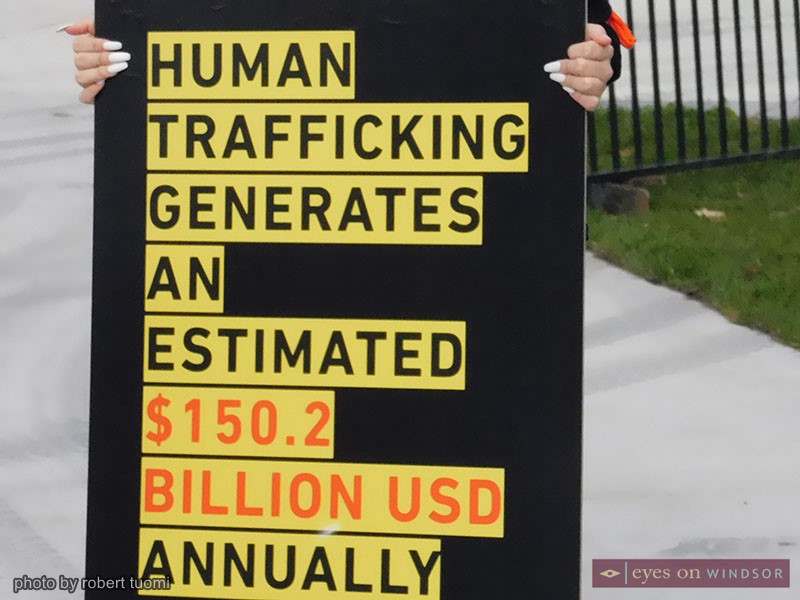 Walk For Freedom Windsor Essex participant holding a sign with a statistic about human trafficking on it. Photo by Robert Tuomi / Eyes On Windsor.

Many of the walkers were outfitted in A21 Walk For Freedom t-shirts to show their support for abolishing slavery, “with each step.”

Organizers, led by Pascale Colucci, are counting on the community to help it raise $10,000 for the cause. At the walk, Colucci, in closing remarks, was optimistic that the goal is achievable. So far, she said, “a thousand dollars has already been raised.” 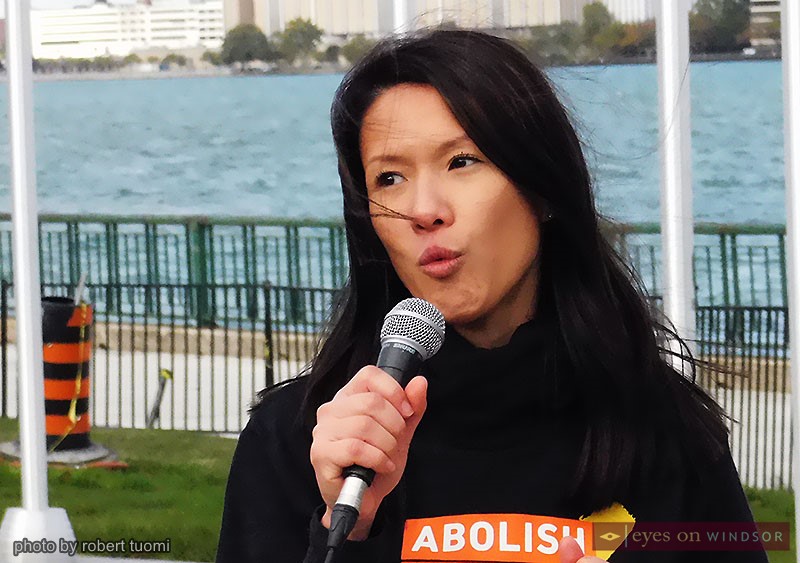 Numbers released by A21, a non-profit organization, suggest the world has millions of enslaved humans. Members of the group self-describe as the new abolitionists with a mission to end slavery everywhere and its destruction of human lives and potential.

The event had a high police presence. Officers told Eyes on Windsor they were there to show the force’s support for the need to end human slavery. Some officers also joined the walkers. 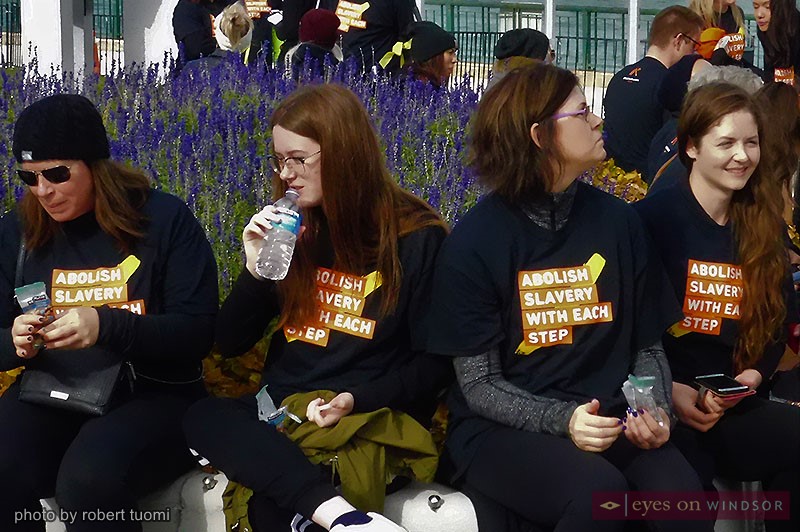