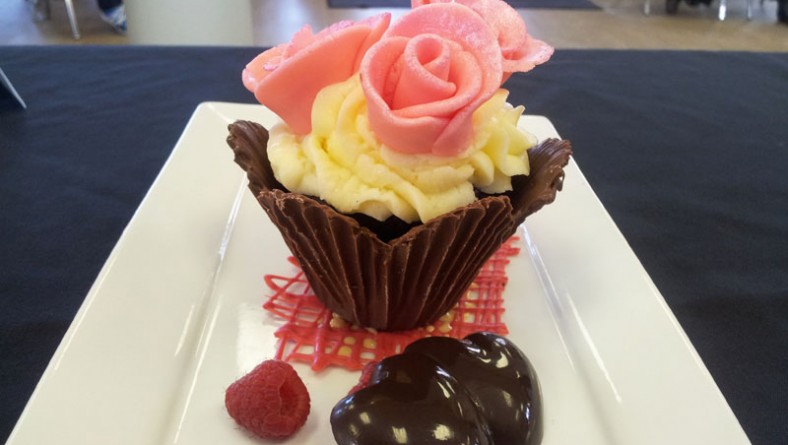 Battle Cupcake 2013 presented by Eat, Drink, Dine Kingsville was filled with creativity and sweetness. The event took place at the Kingsville Business Improvement Association at the Carnegie Arts and Visitors Centre. A panel of local celebrity judges tasted specially created cupcakes from seven restaurants and two wineries from Kingsville. Cupcakes were judged on presentation, Valentine’s Day theme, and taste. Next year we hope to see creativity included in the judging categories. Without further ado here are the top three followed by the remaining cupcake competitors (in no particular order). 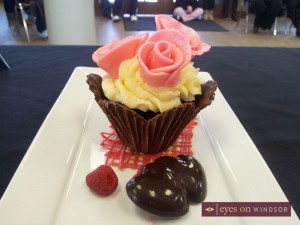 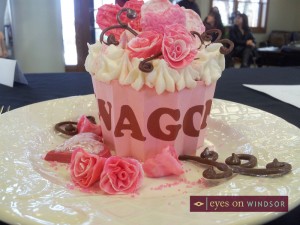 “The Heart of The Wagon Trail” cupcake was amazing flavourful creation complete with vanilla butter icing and vanilla and almond flavouring proudly adorned by a Chuckwagon banner. 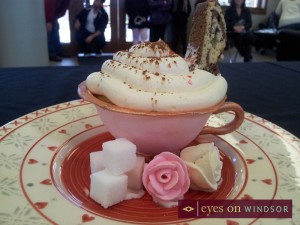 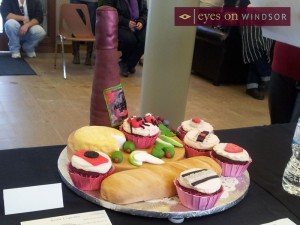 This was another amazing work of artisan creativity complete with fondant olives, wine bottle, cheese, and loaf of bread. The delicious centre was filled with a raspberry and homemade jam. Aleksander’s red velvet cupcake had raspberry fruit wine baked into the cake and used in the buttercream icing. 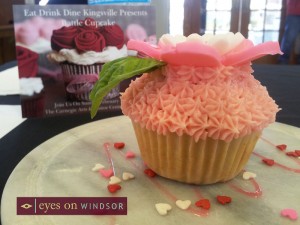 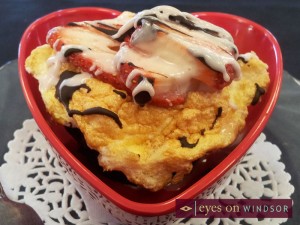 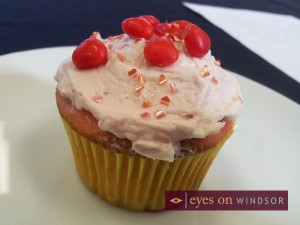 This humble looking cupcake with a BIG name, “The Raspberry Brew Heart On”, stayed true to Vernon’s pub roots with a raspberry Chambord butter cream icing and infused Strongbow Cider. 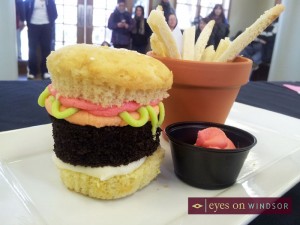 Named as the “must have burger gem” for National Burger Day 2011, Jack’s “For The Love of The Burger” cupcake was another showcase of creativity. In fact, this could easily be mistaken for one of Jack’s feature burgers of the week served with fries and condiments. 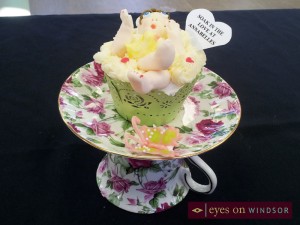 This was easily the cutest cupcake in the competition. The “Soak in The Love at Annabelles” was wonderful and fully captured the essence of tea at its sweetest!