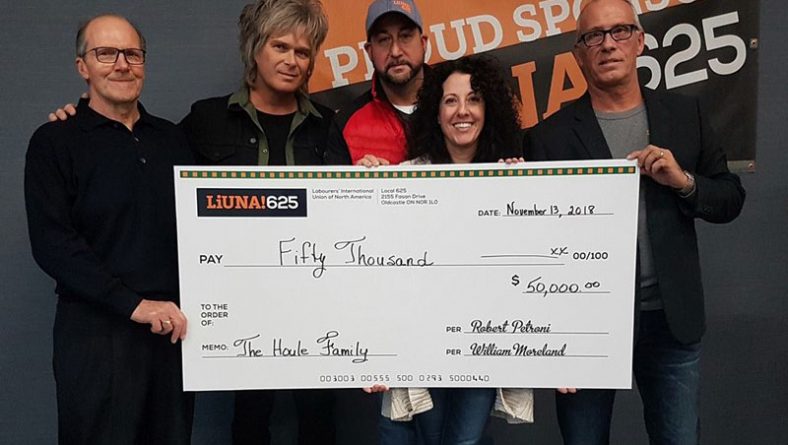 (Organizers of the Kaleb’s Kourage fundraising campaign for the Houle Family announced that $50K has been raised so far during a press conference at Liuna 625 in Windsor, Ont. on Nov. 13, 2018. From left, Tom Harris, Jeff Burrows, David Hunter, Cathy Zaharchuk, and Bill Moreland. Photo above by Eric Bonnici / Eyes On Windsor.)

Brave 13 year old Kaleb Houle lost his battle with cancer last Saturday, causing organizers of Rockin’ For Kaleb’s Kourage, supporting his fight, to contemplate cancelling the fundraising concert set for Fri. Nov. 16. So far, through donations from the community and an online fundraising campaign $50K has been raised. But when Jeff Burrows, who is spearheading the fundraising efforts with Liuna 625 and David Hunter (Drive Magazine), heard the news of Kaleb’s passing he was heartbroken and wanted to cancel the concert.

“Dave was handling me on the telephone, talking me off the cliff,” Burrows said at media conference held at the Liuna 625 office on Tuesday. “I was thinking I don’t want to do this, we have to cancel it, he kept me focused. Now I’m of the mindset of full charge ahead, let’s do this for all the right reasons, for the family and the other two kids (Kaleb’s siblings), it’s heartbreaking that their older brother is gone.”

So the focus of the concert has changed. “We were hoping to have much more of the family present, to encourage Kaleb’s fight, for obvious reasons we’ve changed it into more of a celebration of his life,” says Burrows. 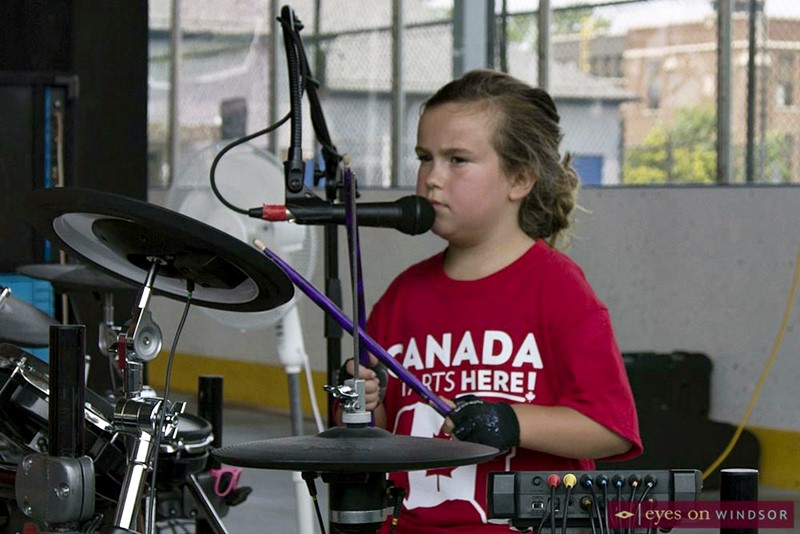 Leave Those Kids Alone drummer Addisyn Bonadonna performing during the bands first ever public gig at Lanspeary Park in Windsor, Ontario, during the WEtech Alliance Social Media Day Chalk Tweet, on June 30, 2018. The band will open the Rockin’ For Kaleb’s Kourage fundraising concert on Nov. 16, 2018. Photo by Eric Bonnici / Eyes On Windsor.

After first hearing about Kaleb, Burrows reached out to his mother, Jennifer Houle. “I got a hold of her and said I’m sorry, I’ve read about your situation, you don’t know me but I would like to do an event with Liuna 625 and raise some raise some funds for you.”

The family, Jennifer and Devin Houle were very open to the idea. Burrows said, “I am very appreciative because I think in the long run the more we talk about it, and the more the city and county hear about it, the more favourable the fundraising is going, and at the end of the day we want to make sure that they’re taken care of because past bills (have piled up).”

“I thought wow that’s courageous, just seeing that kid at that age, and his little brother and sister, what they must be dealing with.”

With Burrows focused and the Houle family’s blessing, Rockin’ For Kaleb’s Kourage will proceed. “With everyone’s help, Dave and Liuna, ($50K has been raised so far), I think $70 is a good safe number to guarantee but I’m hoping for even more.” The additional funds will come from the fundraising concert. In addition, the online Kaleb’s Kourage fundraising campaign will continue running until December 22.

Local bands are donating their time to perform at the concert. Burrows says he holds a lot of fundraisers in the community and being an advocate of “pay for play” feels bad about asking bands to donate their time once again. However, he says there’s never an issue and the bands are always willing to support worthy causes.

Rockin’ For Kaleb’s Kourage, an all ages show, was originally set to open at 6pm but has been moved up an hour to 5pm because one of the city’s newest and youngest bands asked to participate. “I got a message from John-Paul Bonadonna and his kids play in a band called Leave Those Kids Alone,” explains Burrows. They’ve been doing gigs at Windsor Spitfire games in the media area, and they’re wonderful. What better fit than having kids play at kids event.”

“They’re going on at maybe 5:30, but 6 is their scheduled time, I said you can go on earlier because I remember when I was that young I loved to go on earlier, you get to play longer.”

Also performing are The Van Lares, Madeline Doornaert, Disaster Strike, The Formula, The Family Soul, and headlining the show is ITABITH (Is There A Band In The House). 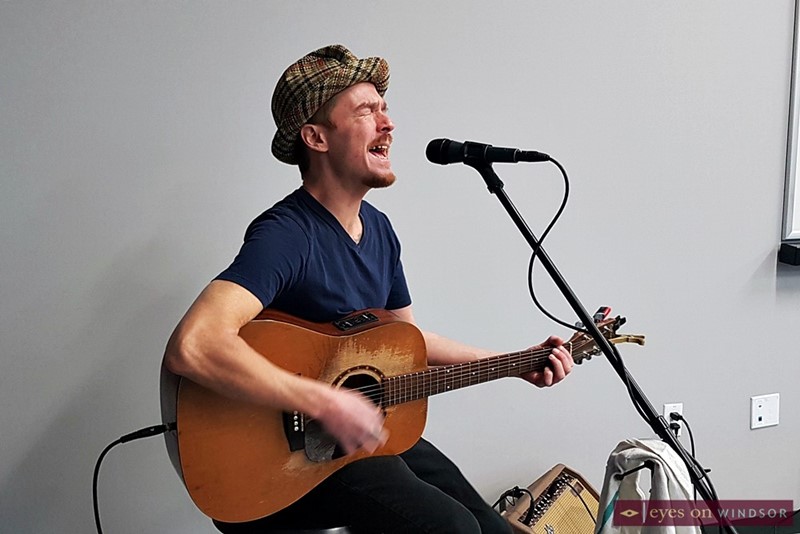 Daren Dobsky performing an acoustic set during a media conference at Liuna 625 in Windsor, Ont. on Nov. 13, 2018. Photo by Eric Bonnici / Eyes On Windsor.

In addition to live 45 minute music sets every hour, food and beverages will be available for purchase, games and raffles with fantastic prizes will be part of the event.

For those who can’t attend but would still like to support the Houle family, donations can be made through the Kaleb’s Kourage Facebook Fundraising Campaign running through December 22. 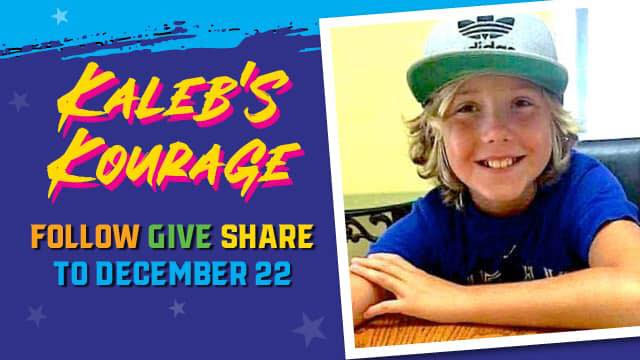