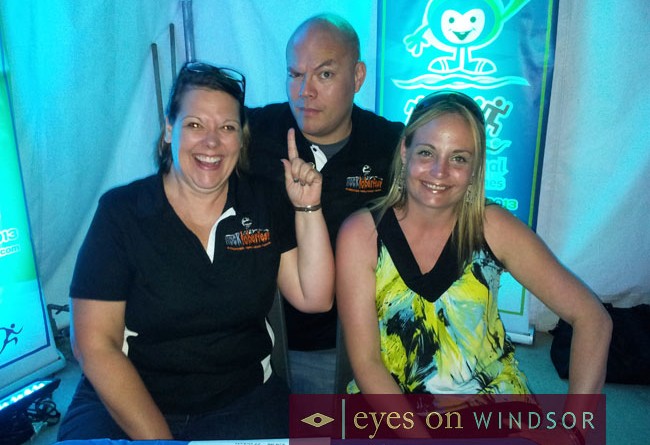 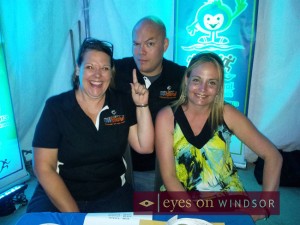 The International Children’s Games are coming to Windsor Essex in August 2013. Leading up to this exciting event there has been a lot happening in Windsor Essex. Events like Breakfast with the Spits and Big Wiggle Fest, among others, are aimed at having fun while raising awareness and proceeds to support the event. In addition there is a drive to recruit International Children’s Games volunteers and an Adopt an Athlete, Champion a Team program where local residents and businesses can sponsor athletes of the games.

The ICG is the world’s biggest youth sporting event that has attracted over 35,200 participants representing 332 cities from 74 countries over 4 continents since its 1968 inception in Celje, Slovenia. In Windsor Essex over 1,500 young athletes from 34 countries and 78 cities will compete in eight different sports starting August 15, 2013. The ICG are now governed by an Executive Committee, Committee and General Assembly recognized by the International Olympics Committee.

Two exciting events we participated in as volunteers for the International Children’s Games Special Events Committee were Big Wiggle Fest IV and Breakfast with The Spitfires. 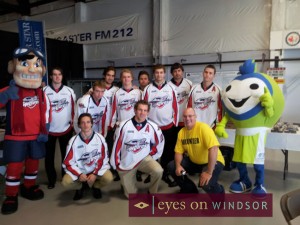 Breakfast with The Spitfires was hosted by The Windsor Spitfires Foundation in September at the Canadian Historic Aircraft Association (CH2A) hangar at YQG Windsor International airport. We volunteered under The Windsor Spitfires Foundation banner on this committee with an incredible group of volunteers. We would like to give a special thanks to the event manager Jeremy Renaud and Community Relations Officer / ICG Coordinator Nora Bertram-Romero for giving us the opportunity to take on the role of social media guru and promotional assistant for the event. The foundation donated the total $11,500 net revenue raised to benefit the 2013 ICG being to be held in Windsor Essex in August.

Breakfast with the Spitfires was truly an amazing first time event that not only supported the 2013 Windsor Essex ICG but also incorporated several unique connections. These include bringing 75% of Windsor Essex’s top athletes together under one roof, announcing a Windsor Essex social media legacy program that is set to go worldwide, revealing a Windsor Spitfires Historic Link to the WWII No. 417 “City of Windsor” Spitfire Squadron, and celebrating Culture and Sports Day in Canada.

For full details on these awesome connections go read our blog post, Historic Link to WWII No. 417 City of Windsor Squadron Surfaces at Breakfast With The Spitfires.

Immediately after Breakfast with the Spitfires the YQG Windsor International Airport’s first annual open house took place. We got to see “sport”, the 2013 ICG mascot, running around the tarmac as the Lancaster Bomber landed. Yes Bomber, The Spitfires mascot was there too earlier in the day. We also tried Hummazing’s flavoured hummus for the first time and it was amazing! They had a booth set up at the open house. The pickle flavoured hummus was our favorite. Hummazing is located in Devonshire Mall.

Speaking of Hummazing, they’ve recently introduced their new mascot, a chickpea named Chip. In addition, Hummazing is supporting the 2013 Windsor Essex International Children’s Games by sponsoring a young athlete through the Adopt an Athlete, Champion a Team program. Here’s a YouTube video of Fadi Dandachi from Hummazing explaining why they’ve chosen to support the program. 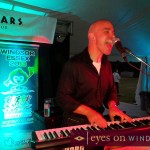 Bigg Wigglefest IV is another 2013 ICG Special Event we had loads of fun helping out with. Bigg Wigglefest 4 was held in June at the Riverside Sportsmen Club and generated over $5000 net to benefit the 2013 ICG. Bigg Wiggle has been one of Windsor’s most popular bands because they play a wide range of music that makes people want to get up dance and have fun. As the band played the greatest hits from the 1980’s to today, guests danced and had lots of fun. We even met Sport, the ICG 2013 mascot, for the first time.

The excitement continues to build as we approach the 2013 Windsor Essex International Children’s Games.

To show my support I’ve registered as a volunteer and you can too. For details visit http://www.icg-windsoressex2013.com/volunteer/

For information on how you can show your support through the Adopt an Athlete, Champion a Team program then visit http://www.icg-windsoressex2013.com/node/94