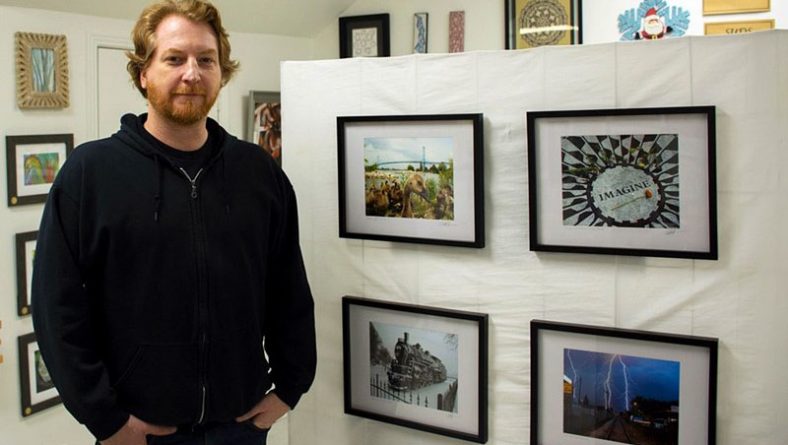 Windsor’s Todd Shearon has built up an impressive collection of pictures and his photography is now being shared with the public for the first time inside the Walkerville Artists’ Co-op. As a new member of the gallery, an artist welcoming reception was held for Todd this past Monday (Dec. 17).

Eyes On Windsor stopped into the gallery to speak with Todd just before his welcoming reception kicked off. Prior to being accepted into the Walkerville Artists’ Co-op, the current member artists reviewed Todd and his photography, and held a juried vote. They voted 19 out of 19 in favour of bringing Todd into the gallery. “That boosted my confidence for sure,” says Todd. “It’s a proud moment for me because I never thought I would be doing this ever.” 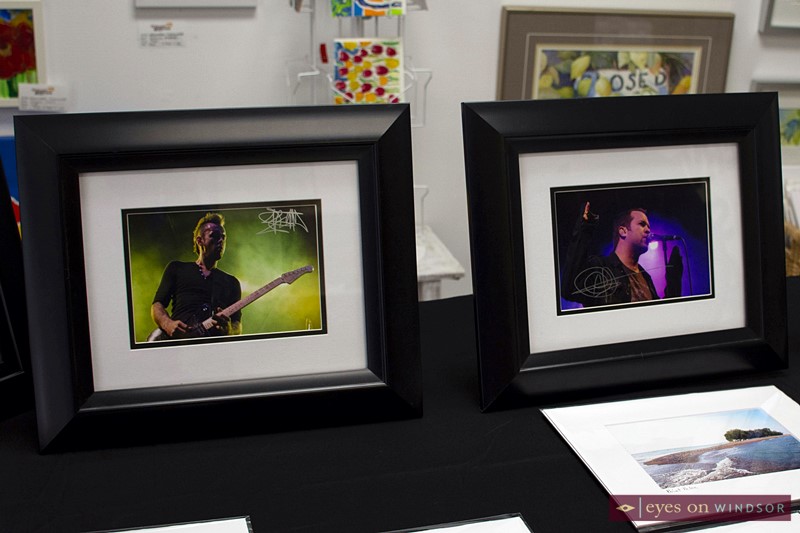 “I don’t like to call myself a photographer, I just like to take pictures, but after years of doing it you start to build a collection. So do you put it out there and let people see and enjoy it too or do you just keep it as a file on your computer? It’s a lot to put yourself out there but I finally chose to do it with the encouragement of friends and other photographers.”

Among many of the beautiful photographs on display is a fantastic award winning shot of goslings with the Ambassador Bridge and Detroit River in the background. Todd calls it “Gossling For Lunch?” The question mark is, as Todd says, “just to mess with people.” It’s not really about eating a gosling for lunch. As it turns out, Todd enjoys feeding the birds when he heads to the riverfront parks during his lunch break. “It turned out to be an award winner in Photographer’s Forum Magazine, out of Los Angeles, receiving an honourable mention outside of the top ten of college photography in 2018,” explains Todd. 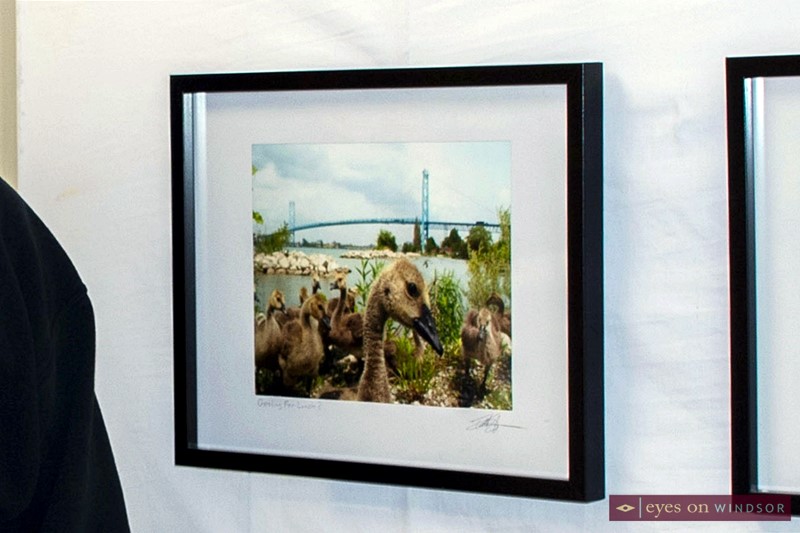 A photograph titled, Gosling For Lunch?, by Todd Shearon on display at the Walkerville Artists’ Co-op on Dec. 17, 2018. Photo by Eric Bonnici / Eyes On Windsor.

Todd says the photograph was “a happy accident” because he sat down with his camera between his legs and at that moment the goslings weren’t paying attention to him except for “the one that wanted to get in front of the camera and pose.” None of the other photographs that day turned out that way.

The works of several local artists, artisans and authors is on display and available for purchase in the gallery. Todd has been assigned a section on the wall where his photographs will be on display for the next year. As a new member, he will be showcasing more than what can displayed on the wall, for his first week running through Dec. 22. 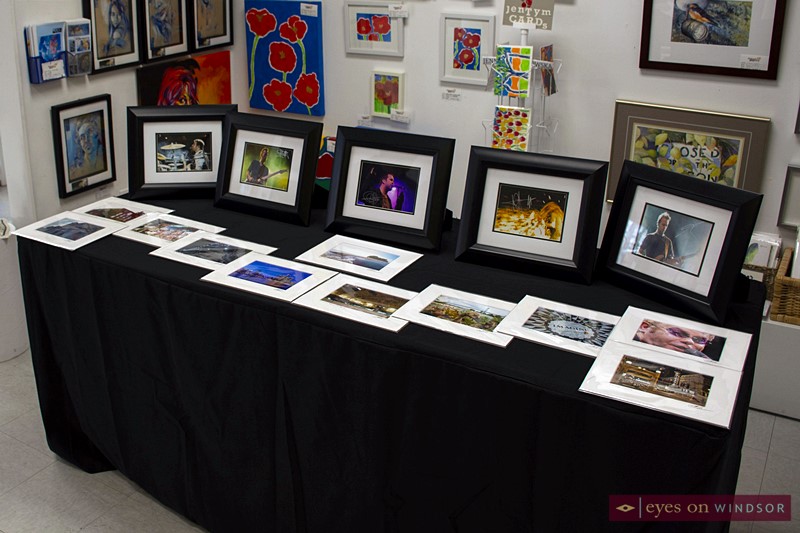 A table with autographed photo prints by Todd Shearon on display at the Walkerville Artists’ Co-op on Dec. 17, 2018. Photo by Eric Bonnici / Eyes On Windsor.

In addition to what will be Todd’s regular photography wall, a table with prints has been set up for the first week. The prints include photographs of music and sports celebrities such as the legendary Elton John. The table also features autographed prints of members of JUNO Award winning Canadian rockers Finger Eleven, former Windsor Spitfire and the NHL’s most valuable player / Hart Trophy winner, Taylor Hall, and one of the best hitters in Major League Baseball, Miguel Cabrera of the Detroit Tigers. All are for sale and would make great Christmas gifts for music or sports fans. 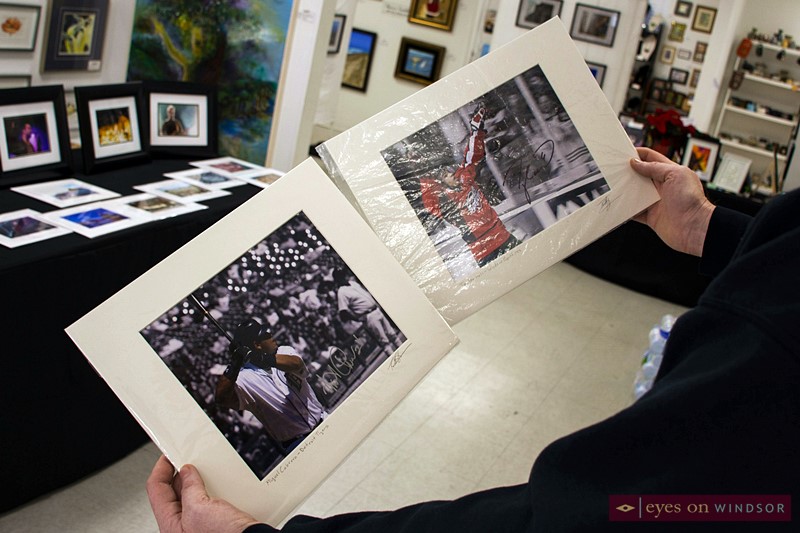 As a member of the gallery Todd will also be holding small workshops geared towards teaching artists, and just about anyone, how to take advantage of the Internet. Todd says he will be teaching “about social media and how to market yourself, it seems a lot of people don’t know how.”

“Hopefully people come out and enjoy what’s here and see some of my pictures,” Todd said just before his welcoming reception. After the reception, a Facebook post indicates it went well. “I was honestly overwhelmed by all the support at my first photography gallery,” Todd posted.

Todd Shearon’s welcoming artist week expanded photography showcase will be on display until this Saturday (Dec. 22) and his regular space will be on display through 2019. The Walkerville Artists’ Co-op is located at 1974 Wyandotte St. E. in Windsor, ON.