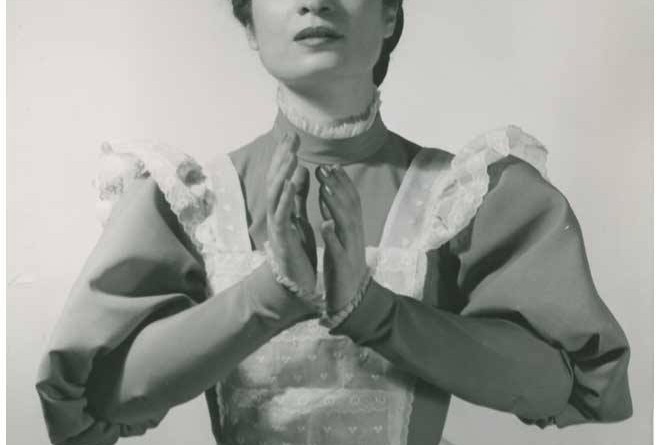 In celebration of a funding grant and to raise awareness for The Pat Sturn Project, the SHO Art, Spirit and Performance Gallery, will host a musical and story performance on July 15, 2014. The Pat Sturn project celebrates the life of well known Windsor portrait photographer Pat Sturn who passed away in 2011 at the age of 100. The end goal of the project is to create an original piece of music, by Ontario composer, Jeff Smallman, to accompany poetry written by Windsor poet and author, Marty Gervais (a good friend of the late Pat Sturn). The City of Windsor’s Arts, Culture, and Heritage Fund recently awarded $4600 towards the Pat Sturn Project for a theatrical work called, “I Imagine Angels”.

“I Imagine Angels” is a story that begins in Romania where Pat Sturn was born and to her Canada Building photography studio in downtown Windsor where she photographed thousands of Windsorites over several decades. The story includes the life and art of Sturn’s friend, the internationally renowned Metropolitan Opera House saprano, Emilia Cundari. Cundari had deep roots in Windsor and Detroit, but she also performed on many of the world’s greatest opera stages, including the Met in New York, and La Scala in Milan.

The “I Imagine Angels” Pat Sturn Project performance will explore how these two gifted women viewed their careers and their life in art. 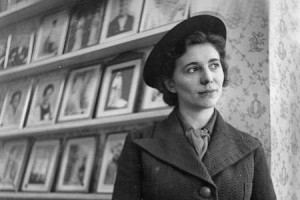 Sturn played an important role in the cultural life of Windsor, Ontario which was reflected by her studio. Elaine Weeks describes Pat Sturns Studio “as something out of Greenwich Village in New York,” in a blog post on Windsor Then Windsor Now.

To celebrate the ongoing Pat Sturn Project and City of Windsor’s recent grant put towards this creative work, an event is being held on Tuesday, July 15, 2014, at the SHO Art, Spirit and Performance Gallery from 6-8. Doors open at 5:30 p.m.

Opera soprano Tara Sievers-Hunt will perform Italian art songs from Emilia Cundari’s repertoire. Cellist Nadine Deleury (producer of the Pat Burns Project) will perform the same music by Bach that she played for Pat Burns when she came to visit. In addition, Deleury will recount stories about Pat Sturn.

The event is a pay what you can admission and tax receipts are available for all donations.