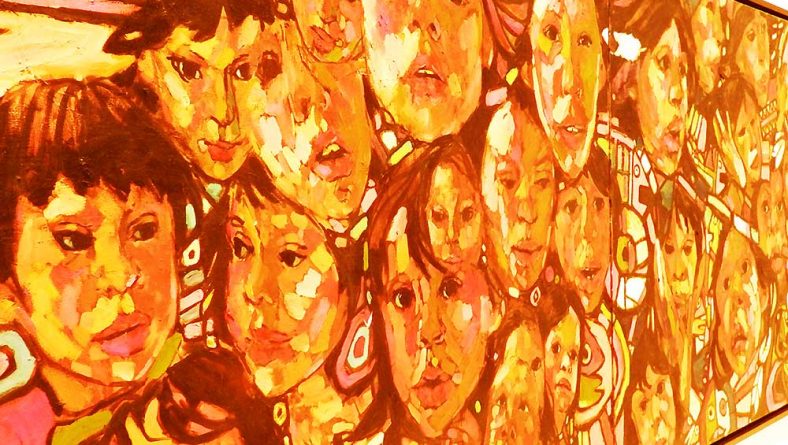 A highlight of the Anishinaabe artist Arthur Shilling: Final Works exhibit, currently on the second floor of the Art Gallery of Windsor, is a 30-foot long mural. Titled The Beauty of My People, it overflows with his characteristic abstract representation of the faces of Canada’s Indigenous people.

Shilling’s last decade, before his untimely death at age 45 in 1986, is recognized as his most prolific. It was also a period in which he added a little whimsy to his work. A good example is his Ojibway Dreams Suzanne, an oil on board portrait. There are three small caricatures, with one seemingly in celebratory mode, a sort of story-in-a-story, in the middle of Suzanne’s dress. 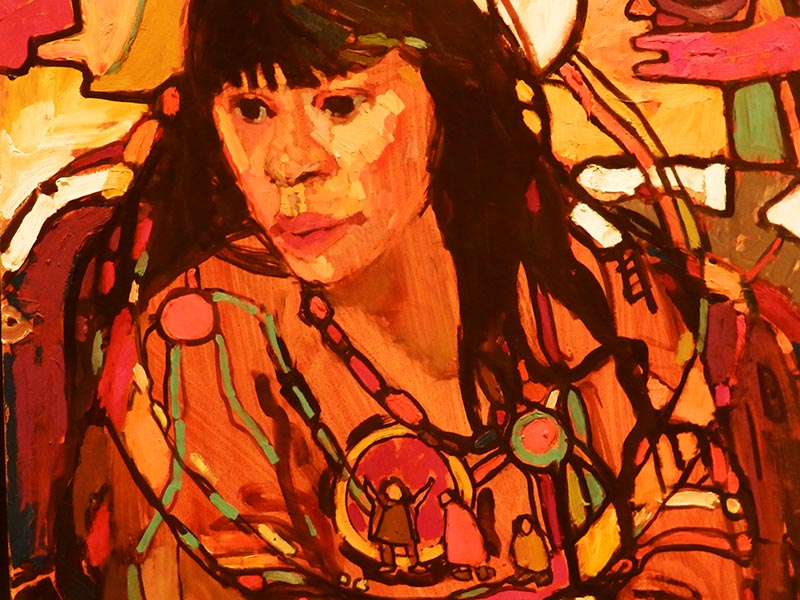 This unexpected departure from a single subject is not the only one. Most of the pieces on show have these subtle nuances, often requiring a second look.

The exhibition, on loan from the Art Gallery of Peterborough, was curated by William Kingfisher. On the AGP’s website he defines Shilling’s final decade as one in which his, “paintings and drawings became bolder and stronger. His skill using bold colours of red, brown, orange, green and turquoise, his combination of Western painting techniques with traditional Anishinaabe imagery, his insistence on speaking his own voice, point to a unique artist whose work reveals the incredible richness of Indigenous culture. To Shilling, art was transformative – a tool to imagine other possibilities of existence in contemporary life.”

For more informarion about the exhibit which runs to May 13, 2018, visit: http://www.agw.ca