Many of the thousands of flowers in the park can be found in the Queen Elizabeth II Sunken Garden. Memorials include a WWII and Korean War memorial. For decades an Avro Lancaster bomber aircraft FM212 was the highlight of the World War II memorial. After weather deterioration the Lancaster was replaced by a Hawker Hurricane and a Supermarine Spitfire fighter aircraft fiberglass replicas. 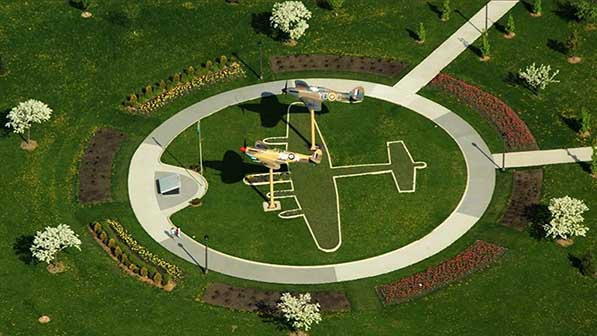