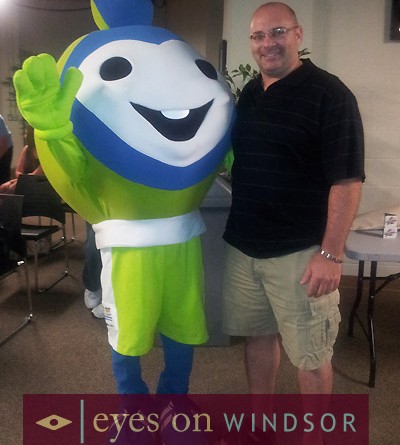 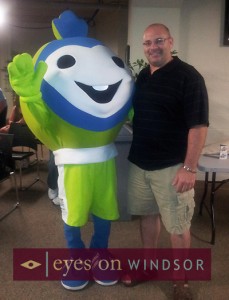 Monday May 6, 2013 started the 100 day count down to the Windsor Essex 2013 International Children’s Games (ICG). The ICG Promotions and Marketing Services Committee launched the “Spell It Out WE: 100 Days until Game Day” campaign which is bringing Windsor Essex together in a fun way! Our friend Yvonne Pilon, chair of the committee, spoke on AM800 about the campaign and what it’s all about. Yvonne says, “we want to make these a community games, we’ve asked a hundred unique supporters and sponsors of the games to spell out a specific game day using props, people, food, graphic designers… these daily campaign photos will be featured on our ICG Facebook page, Twitter, Instagram, and ICG website.”

Spell it Out WE is a fun way to bring the Windsor Essex community together to celebrate as the games get closer. Photos have been submitted by individuals and organizations such as sponsors of the games, members of the adopt an athlete program, and local supporters. Each member has been assigned a specific game day and their photo will be featured online for that day as the final 100 days to the games are counted down.

We the co-owners of Eyes on Windsor, Eric Bonnici and Theresa Shpak , along with our youngest daughter were thrilled to be invited to submit a photo for day 85. In fact, we think its super cool because that’s not only Victoria Day but also The City of Windsor’s 121st Birthday Celebration. There will be a celebration along Windsor’s riverfront at Dieppe Park with lots of free fun events and the Annual Mayors Walk. We’ll be there to walk with Mayor Eddie Francis along with the number 85 sign we made for the Spell It Out WE campaign. 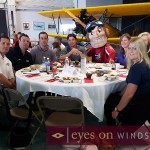 Now here’s something we’re proud of, you see that $9000 presented by The Windsor Spitfires Foundation was raised back in September at The Breakfast with The Spitfires fundraiser held at The Canadian Historical Aircraft Association, CH2A Hanger at YQG Windsor International Airport. We were lucky to have worked as part of the team of volunteers on the special events committee for that event. We had the opportunity to help at the breakfast and to take on the role of social media guru and promotional assistant for the event.

Breakfast with the Spitfires was truly an amazing first time event that not only supported the 2013 Windsor Essex ICG but also incorporated several unique connections. These include bringing 75% of Windsor Essex’s top athletes together under one roof, announcing a Windsor Essex social media legacy program that is set to go worldwide, revealing a Windsor Spitfires Historic Link to the WWII No. 417 “City of Windsor” Spitfire Squadron, and celebrating Culture and Sports Day in Canada. 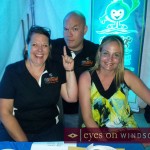 In addition, as volunteers we helped to raise awareness and funds for the 2013 ICG back in June of 2012 during Bigg Wigglefest 4 at the Riverside Sportsmen Club. You can read more about that in our blog post, “Lead Up to 2013 Windsor Essex International Children’s Games Proving to be Lots of Fun.”

So keep your eyes open for the release of the fun photos from The Spell it Out WE Campaign that will be released daily. You can see them all on the WE 2013 ICG website and social media profiles. And we encourage you to join in by sharing, liking, and tweeting the Spell It Out WE: 100 Days until Game Day Campaign photos with your friends on Facebook and Twitter.

Windsor Essex hosts the 47th International Children’s Games from August 14-19, 2013. Athletes aged 12-15 from around the world will compete in this Olympic Committee-recognized event.