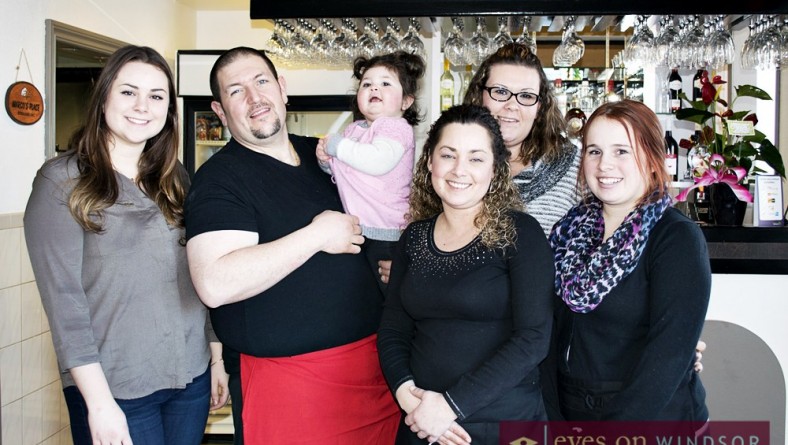 Chef Marco Malizia, owner of Marco’s Pizzeria & Italian Family Eatery in Windsor, has made a name for himself in the area’s culinary scene. Just before opening his new restaurant Malizia spent the last few years as executive chef at Armando’s and with the Canadian Italian Business and Professional Association Windsor Chapter (CIBPA) where he won several impressive culinary awards. Malizia spent several years before that honing his skills while working in Calgary, Alberta and Orangeville, Ontario.

“Five year’s ago Marco shut down his restaurant, Marco’s Ristorante Pizzeria, in Leamington to get more experience and build his credibility,” says Marie Pusz, Marco’s wife and General Manager of the family’s new restaurant. 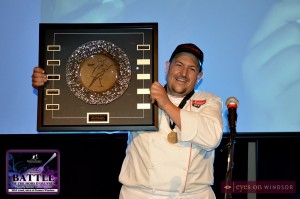 After closing his restaurant in Leamington, Malizia headed the kitchen at Blaze Steakhouse inside the Gray Eagle Casino in Calgary. While in Orangeville Malizia was the Senior Sous Chef at Hockley Valley resort. Upon returning to Windsor Malizia participated in Big Brothers Big Sisters of Windsor Essex’s Battle of The Hors D’oeuvres heading the team for CIBPA in 2012 and Armando’s in 2013 and 2014.

In March of 2014 Malizia, representing Armando’s, competed at the 30th annual International Pizza Expo in Las Vegas and placed 4th worldwide in the Italian division.

“Marco has made a very good name for himself,” says Pusz. 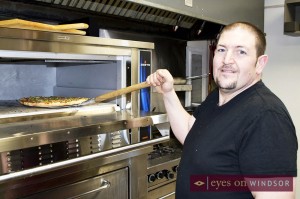 Born in Windsor, Malizia, a first generation Canadian, moved to Italy with his family as a young boy. In fact, his paternal grandmother still lives on the farm his father grew up on. At only a few years old “Marco’s mom would get upset with him because she would go downstairs to do laundry, when she came back up he was baking a cake. He is very good at baking too but cooking is his main passion,” says Pusz.

Malizia’s passion for cooking came from both his mother’s Sicilian side of the family and his father’s Ciociaro side. Malizia brings familiar and comforting Italian cuisine with a refined fusion of both regions to the food served at his restaurant in Windsor.

Family recipes passed down over the generations are used to make the restaurant’s pasta sauce and meatballs. Malizia spent years perfecting his very own pizza sauce recipe. Serving fresh home made food made from scratch to his family is important and Malizia brings that passion to his customers at Marco’s Pizzeria and Italian Family Eatery. 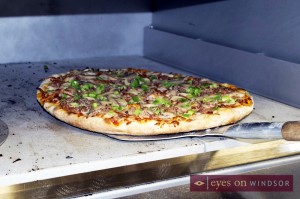 Nearly everything from pizza sauce and dough, to pasta sauce and meatballs is made in house daily. In fact, Malizia strives to provide an everyday Italian home life experience so that diners feel like guests in a happy Italian home rather than customers in a restaurant. “That’s what makes Marco’s special, it’s all homemade, made with love, family focused, and filled with passion,” says Pusz.

For more information read the restaurant profile for Marco’s Pizzeria and Italian Family Eatery right here at Eyes On Windsor.