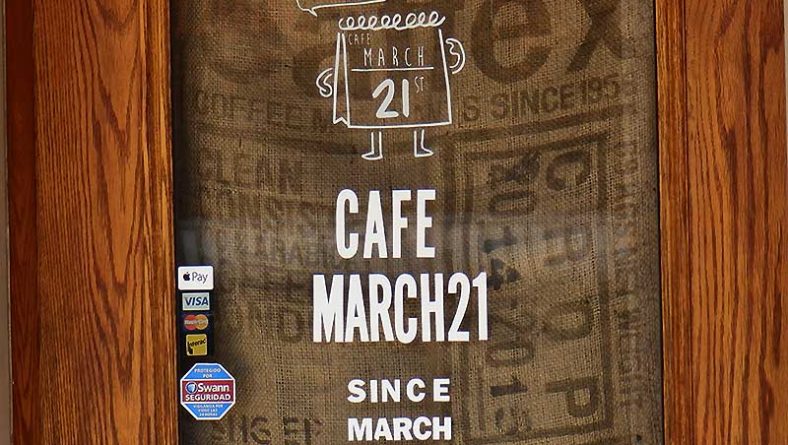 Wednesday is the third anniversary for downtown’s cozy March 21 Café on Pelissier Street. For a young business, reaching a third birthday is often rather lucky, which often belies considerable hard, in this case the efforts of the enterprising brothers Sam and Henry Kim.

Certainly on their café’s birthday they’ll be handing out treats. Free Walnutella will accompany beverage purchases. Ramen will be served throughout the day and there is a plan to party hearty.

Hours will be extended from 8am to 8pm and the place will be filled with local music. A raffle draw will take place at closing.

At 3pm Crissi and Mike will take to the stage. The duo consists of Crissi Cochrane and Soul Brother Mike, both long time members of the Windsor music scene.

To round out the celebrating, Soul Brother Stef will play from 6pm to 8pm. Despite his name, Stef specializes in hip hop and instrumental beats.

As promotional posters around town say, “Where else would you be on March 21 other than café March 21?”

The name, which reflects the beginning of spring, is part of a larger master plan. The Kims have dreams of opening other businesses in the future, with each one’s name taken from its official opening day.

A highlight of the offerings of the Café is its single-origin coffees brewed with methods such as hand-dip, siphon or cold. The idea behind the variety was to introduce Windsor to novel brewing ways for the popular beverage, making it nothing if not unique in its approach.

The café is located at 480 Pelissier in downtown Windsor.