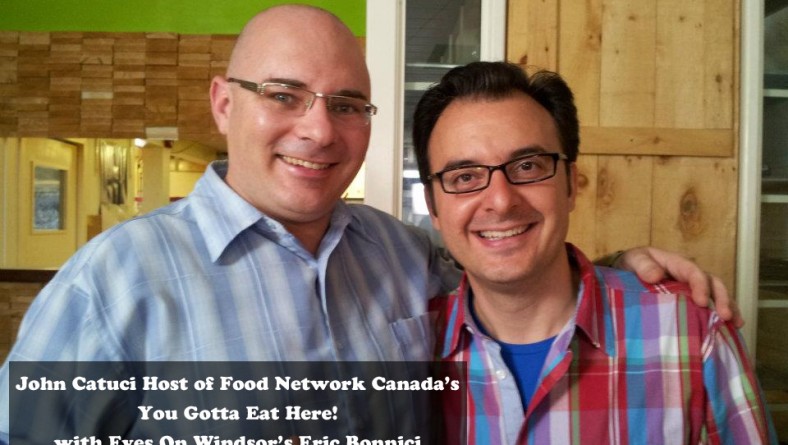 As you might remember last June Food Network Canada was in Windsor filming the hit T.V. show You Gotta Eat Here! staring comedian John Catucci. We had the pleasure of meeting him in person while he was filming at Motorburger. A few days later Smoke & Spice was the focus of an episode.

While John Catucci is one funny guy he sure does take his food seriously. It must be the Italian in him! John journeys across Canada in search of the most delicious, mouthwatering, over-the-top comfort food. He is filmed eating the food, talking to the people who make and serve it, and the customers who enjoy it too. It was awesome having him filming You Gotta Eat Here! in Windsor Ontario.

Today Ted Whipp reported in the Windsor Star the long anticipated release of dates the shows are to appear.

Showtimes and dates are as follows:

Motor Burger – Update: The Motorburger Episode has been bumped to May 10th.