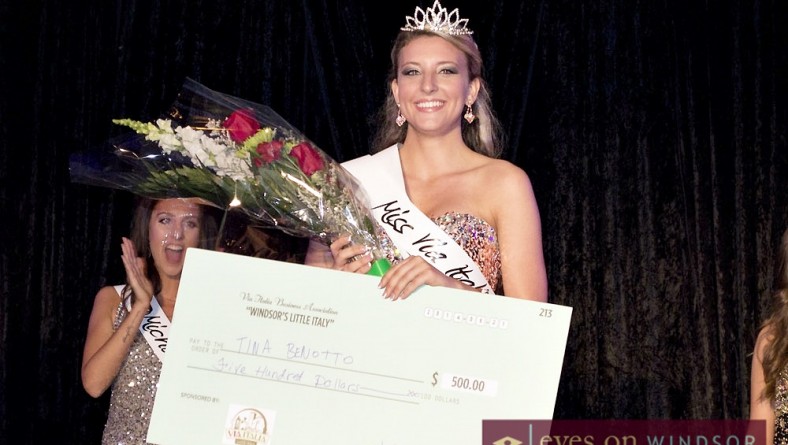 On the first day of summer Tina Benotto was crowned the new Miss Via Italia 2014. The Miss Via Italia pageant was part of the Carrousel Around The City festivities at the Italian Village 2014 on Erie Street.

The crown was passed on by Miss Via Italia 2013, Laura Coppola. It was a tough decision for the judges to choose a winner among the charming contestants. Among them were Bianca Corio, Tina Benotto, Vanessa DiPasquale, Michaela Olivito, Hannah Facchina, Luisa Siino, Carly Popel, Renata Meo-Primorac, Ashley Pellerito, and Christina Montaleone. Each contestant is of Italian descent, aged 16-25. 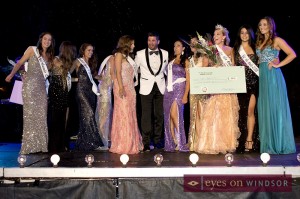 The public also had a chance to vote for their favourite contestant on Facebook for the People’s Choice Award.

miss via italia 2014 contestants celebrate Here are the results:

The pageant was sponsored by FIAT who provided transportation to the pageant.

The pageant was part of the first of two weekends of the Carrousel Around The City 2014 festivities organized by the Multicultural Council Of Windsor And Essex County. The second weekend takes place June, 27-29.