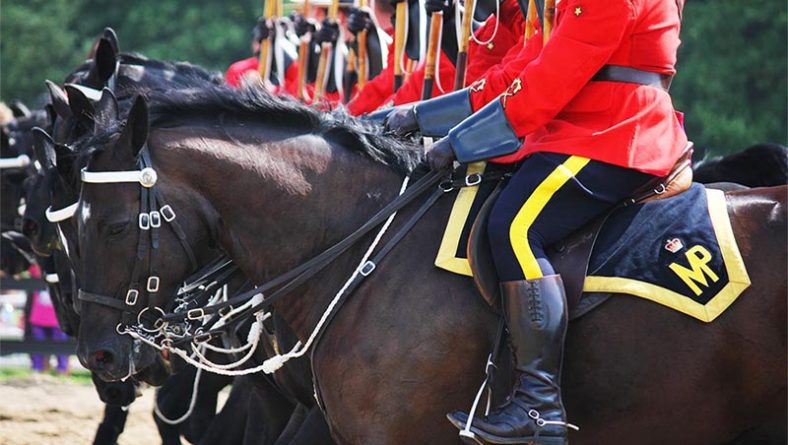 Mounties and their big black horses from the iconic RCMP Musical Ride are set to thrill audiences at the 170th annual Leamington Fair with two shows and the opportunity to meet them in the fairground stables.

(The beautiful horses of the RCMP Musical Ride during a performance at the Windsor Essex Therapeutic Riding Association on Saturday, August 20, 2016. Their show will return to the area in 2018 at the 140th Annual Leamington Fair. Photo above by Lydia Joy Palmer.)

While the RCMP Musical Ride did perform in the area two years ago, at the Windsor-Essex Therapeutic Riding Association in the Town of Essex, it’s rare for a venue to successfully book a performance. The Ride is in high demand and they only perform in 50 communities across Canada between the months of May and October. So for those in the Windsor-Essex County area who have not had a chance to experience this spectacle known around the world this is the perfect opportunity. 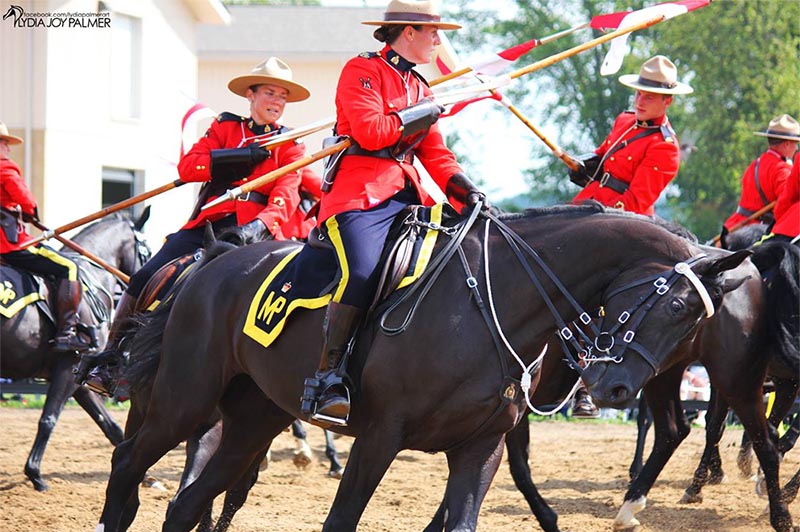 RCMP Musical Ride performing at the Windsor Essex Therapeutic Riding Association on Saturday, August 20, 2016. Their show will return to the area in 2018 at the 140th Annual Leamington Fair. Photo by Lydia Joy Palmer.

The RCMP Musical Ride is performed by a full troop of 32 riders and their horses. Their performance consists of intricate figures and drills choreographed to music. These movements demand the utmost control, timing and coordination. The Musical Ride provides the opportunity to experience the heritage and traditions of the RCMP. The riders act as ambassadors of goodwill who promote the RCMP’s image throughout Canada and all over the world.

The RCMP (and their horses) is a respected police force known worldwide. “The Musical Ride is really the embodiment of the core values of the RCMP: honesty, integrity, professionalism, compassion, accountability, respect,” says Musical Ride Troop member, Constable Joseph Beaton, in an online video on the RCMP website.

From its inception in 1873, the North-West Mounted Police (NWMP), which became the RCMP in 1920, relied on skilled riders to carry out police duties across the Prairies. Patrolling the vast and sparsely inhabited area, NWMP members were frequently the only government officials new settlers would encounter and were essential to preventing prairie fires.

To break the monotony of endless riding drills, members of the Force commonly competed amongst themselves and performed tricks on horseback. In 1876, some of these tricks and exercises were performed at Fort Macleod, Alta. This is believed to be the first public performance of what would eventually evolve into the Musical Ride.

They help raise thousands of dollars for local charities and non-profit organizations. The Leamington District Agricultural Society, a non-profit volunteer based organization that organizes the Leamington Fair, will benefit from the additional proceeds expected to be raised at this year’s fair thanks to the buzz the RCMP Musical Ride is creating.

“Being our 170th year as a volunteer organization who have stood on their own two feet since 1848, to me this is a celebration in itself,” exclaimed Wiper.

Wiper is excited to announce the fair will be giving away over 70 bicycles this year during the fair thanks to the generosity of their sponsors from around Windsor Essex County. The fair has a long list of exciting events and entertainment lined up for the weekend including the popular demolition derby, antique tractor parade, and live entertainment by Greatest Hits Live. But the highlight of this year’s fair will be the RCMP Musical Ride. 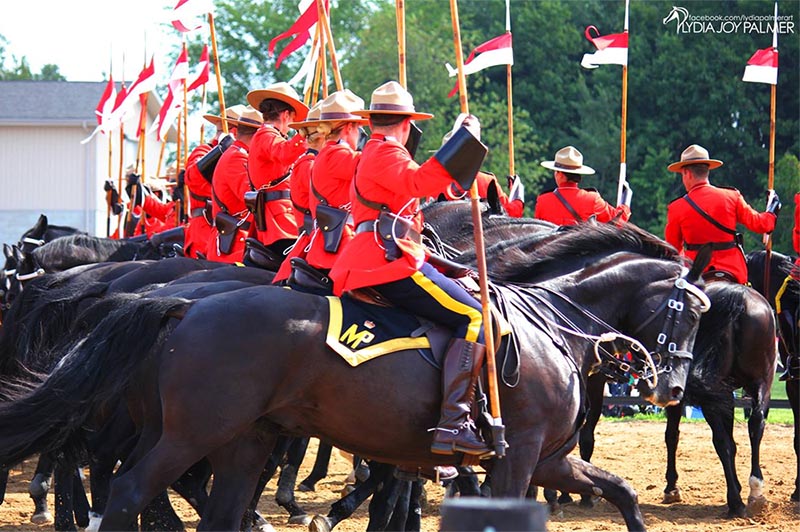 RCMP Musical Ride performing at the Windsor Essex Therapeutic Riding Association on Saturday, August 20, 2016. Their show will return to the area in 2018 at the 140th Annual Leamington Fair. Photo by Lydia Joy Palmer.

The RCMP Musical Ride will perform two shows, on Saturday at 11am and Sunday at 2pm. Festival goers will also have the opportunity to visit the RCMP Ride Horses in the fair’s new Paddock on all three days of the fair. “Our New Paddock which has 88 stalls will be used to house our special Guests! Fair goers will be able to visit with the Mounties and their beautiful horses. The Paddock is open to the public from Friday morning to Sunday evening from 9 a.m. to 9 p.m.,” says Wiper. There is no additional cost to experience the RCMP Musical Ride, it is included with the $7 admission into the fair.

Full details and schedule of events can be found on the Leamington Fair Facebook page. 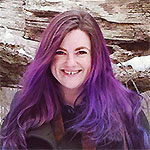 Lydia Joy Palmer is a Graphic Designer, 2013 graduate from St. Clair College. She keeps busy with her job as a graphic designer, as well as various artworks and photography in her spare time. She is currently working through a 365 art challenge, posting daily on her Facebook Page and on Instagram.