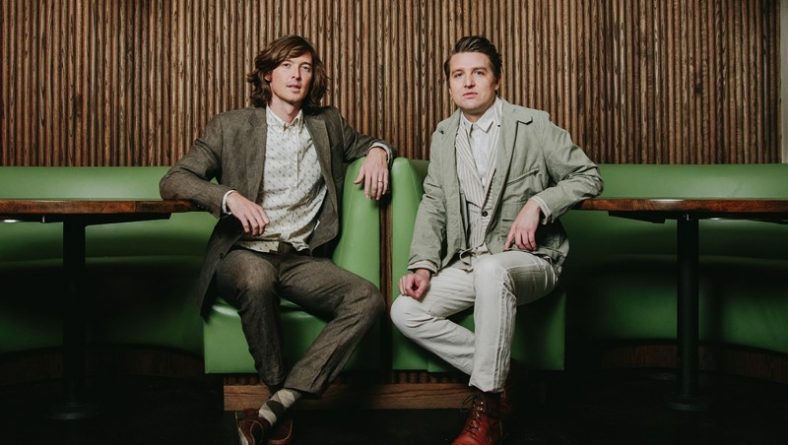 Kingsville Folk Festival has announced its full 2019 lineup and with the Grammy-nominated Milk Carton Kids and six-time Juno award winner Serena Ryder leading the way, this year’s event promises to be one of the best ever. 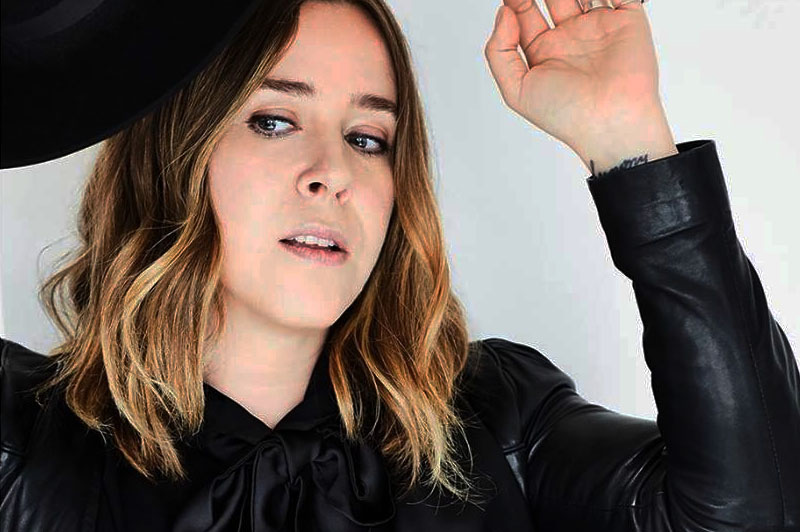 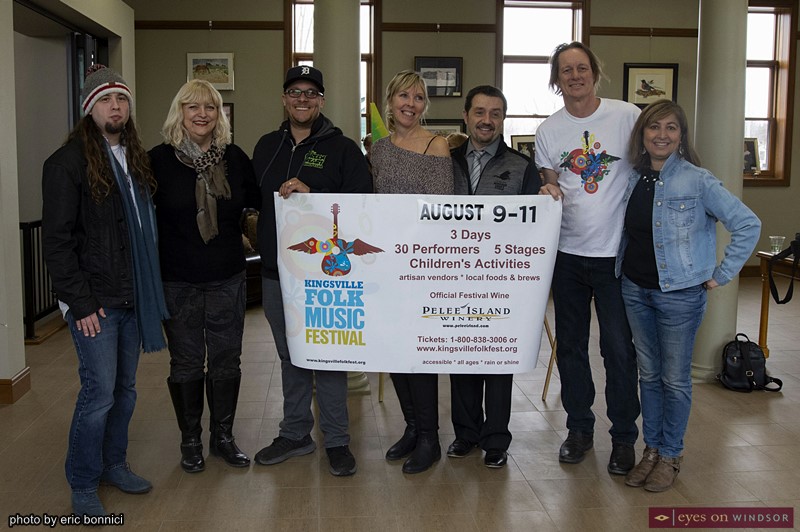 Kingsville Folk Festival board members and Mayor Nelson Santos during a press conference at the Carnegie Arts Centre in Kingsville, Ontario, on April 11, 2019. Photo by Eric Bonnici / Eyes On Windsor.

Festival organizers held the official media launch for the event, which will be held August 9-11 in Lakeside Park in Kingsville, on Thursday. Michele Law said they are pumped about this year’s Festival. “We’ve really worked hard to bring the very best to Kingsville this year,” she said. “We’ve got some of the top folk and roots performers in the music business coming to town.” 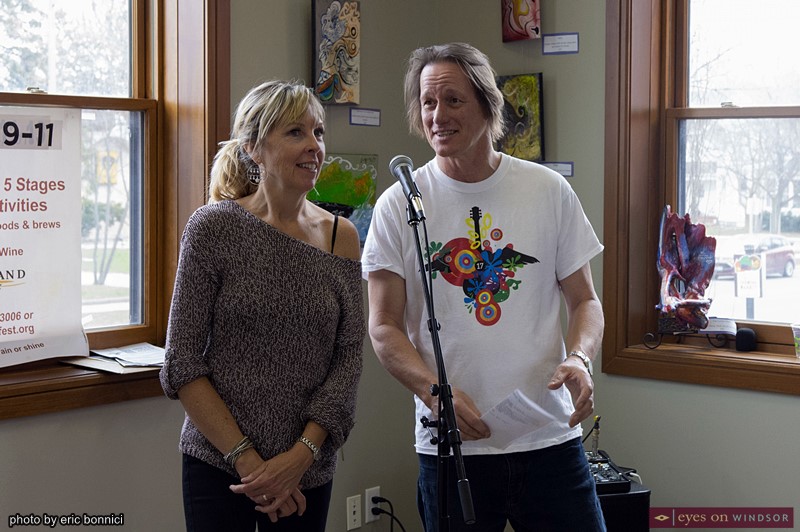 Kingsville Mayor Nelson Santos joins in the excitement about the Festival and its future in his community. “Our great little town is proud to provide support to one of Canada’s greatest rising stars in the music festival world,” remarked Mayor Santos. “That’s why we are ecstatic to announce a new five-year commitment that provides a secure home for the Kingsville Folk Music Festival. The treasure that is Lakeside Park is where we will all be able to enjoy the creative talent that surrounds us, while the festival will continue to teach us the world- renowned language of music and all the stories it tells.” 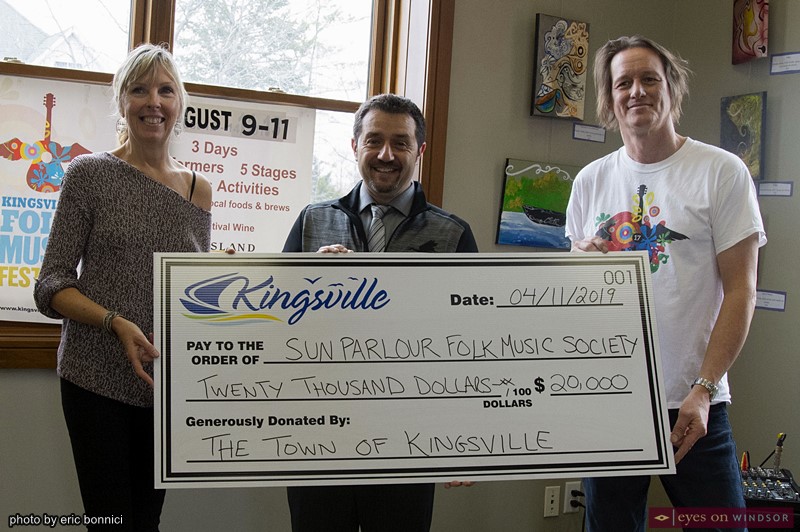 A total of 27 performers will take part in this year’s Festival and they will present a wide diversity of musical offerings within the folk genre, including outstanding children’s artists, such as Juno-award winners The Swinging Belles, Juno nominated Jeremy Fisher Jr. and Jangles the clown. 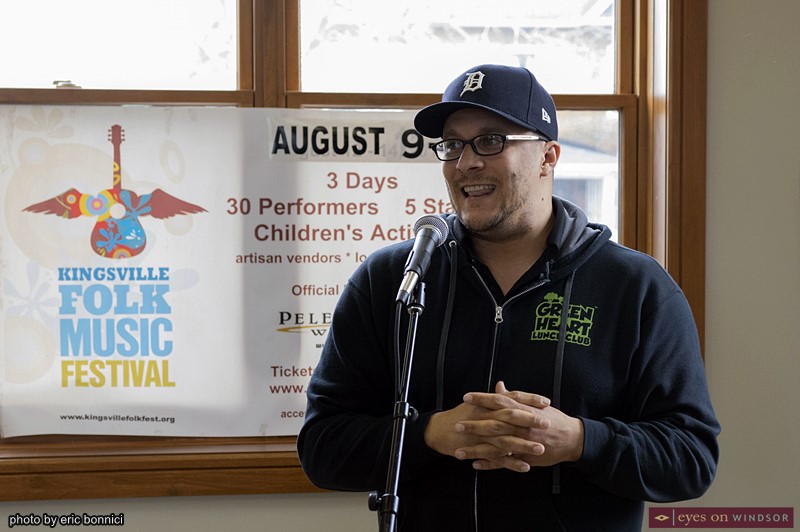 Dennis Rogers, Chair of the Kingsville Folk Music Festival board, speaking during a press conference at the Carnegie Arts Centre in Kingsville, Ontario, on April 11, 2019. Photo by Eric Bonnici / Eyes On Windsor.

The Festival was the brainchild of John and Michele Law, themselves notable Canadian musicians. It was started under the umbrella of the Sun Parlour Folk Music Society whose mission is to bring world class folk, acoustic and world music, with an emphasis on Canadian artists, to Southwestern Ontario through the Festival and an ongoing concert series, the Road to Folkfest Series.

Sun Parlour Folk Society is the only not for profit organization in the region dedicated to promoting live music and the Kingsville Folk Music Festival is the only folk festival west of London. Each year, it donates a portion of its proceeds back into the community, through a program called the MAY FUNd (Music and Arts for Youth Fund), which provides financial support and scholarships for youth to access arts workshops, mentoring and lessons. 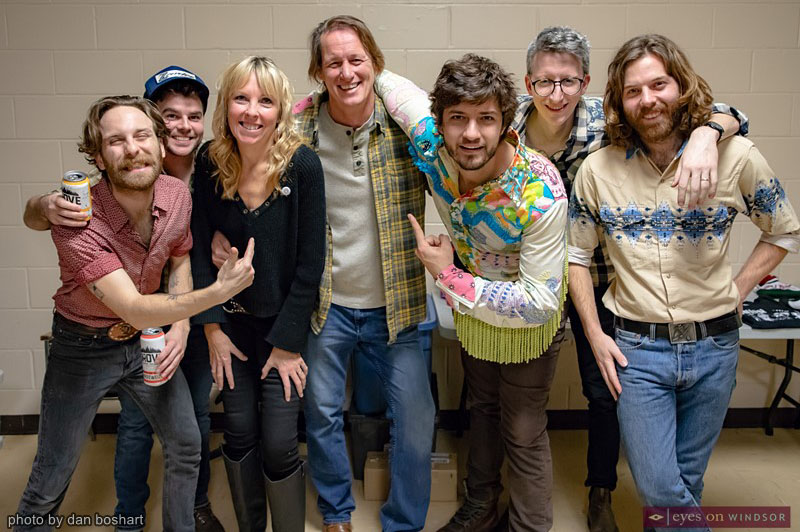 Union Duke band members with Kingsville Folk Fest producers and award winning singer/songwriters, Michele and John Law (The Laws), during a Road To Folk Fest concert at the Lions Community Hall in Kingsville, Ontario, on Nov. 24, 2018. Photo by Dan Boshart / Eyes On Windsor. 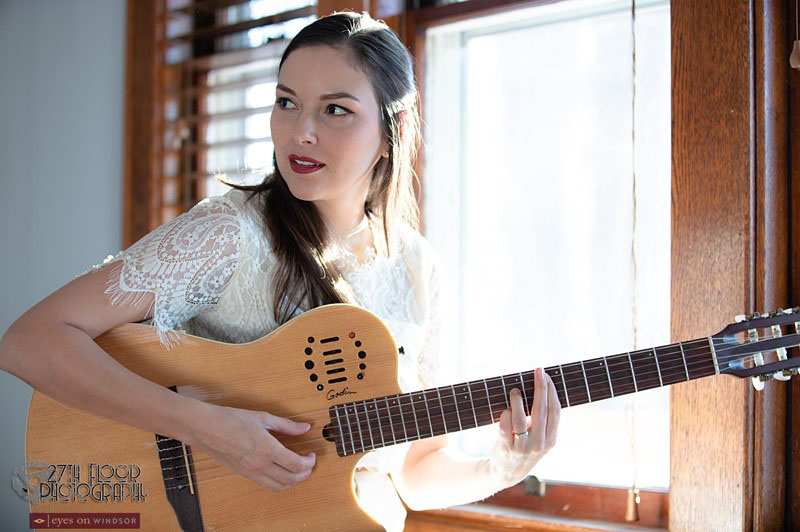 Crissi Cochrane holding her guitar inside her home during an interview on Jan. 29, 2019. Photo by Dan Boshart/Eyes On Windsor.

Early bird weekend passes for the Fest are currently available at a discounted rate of $80
until May 1st. For information on festival tickets, performers, accommodations and more, go to: http://www.kingsvillefolkfest.org.