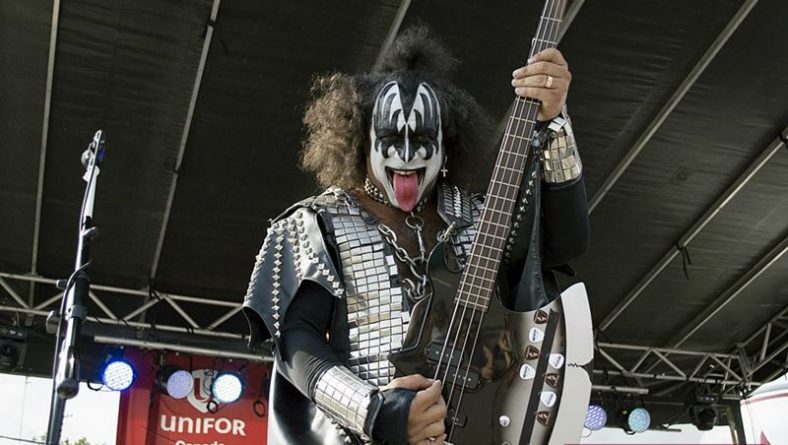 Destroyer front man, Moe Rotondi, founded the band right here in Windsor, Ontario, in 1993. Moe is dedicated to bringing fans the best KISS tribute band out there, with bigger shows, better costumes, real guitars, and of course, the blood and fire that go hand in hand with every KISS show. “The Demon” Gene Simmons’ doppelganger, from looks, including that “trademark” tongue to onstage movements and performances, is unquestionably found in Rotondi. 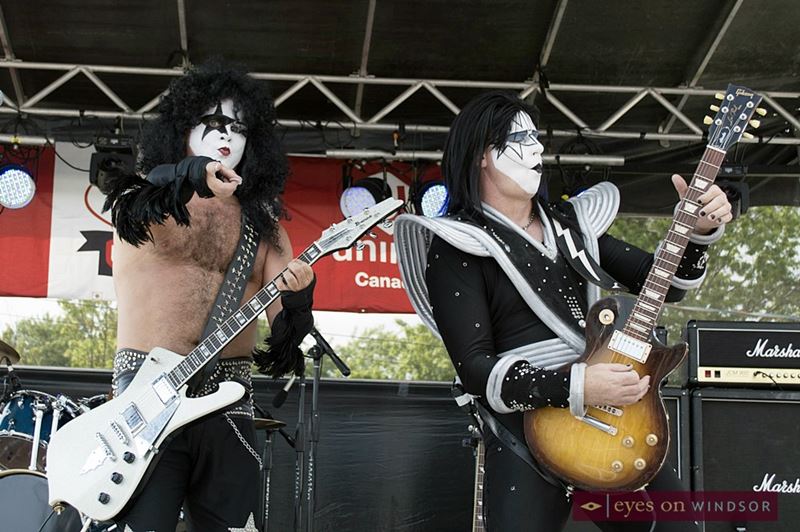 The entire band comes to each show “Dressed to Kill”. In fact, band member Michael Moodrey (Ace Frehley) says band members spend a couple of hours applying makeup and dressing before each show. The time and effort pays off because the band looks exactly like KISS! If you didn’t know they were a tribute band then you would think this is really KISS when you see them perform. 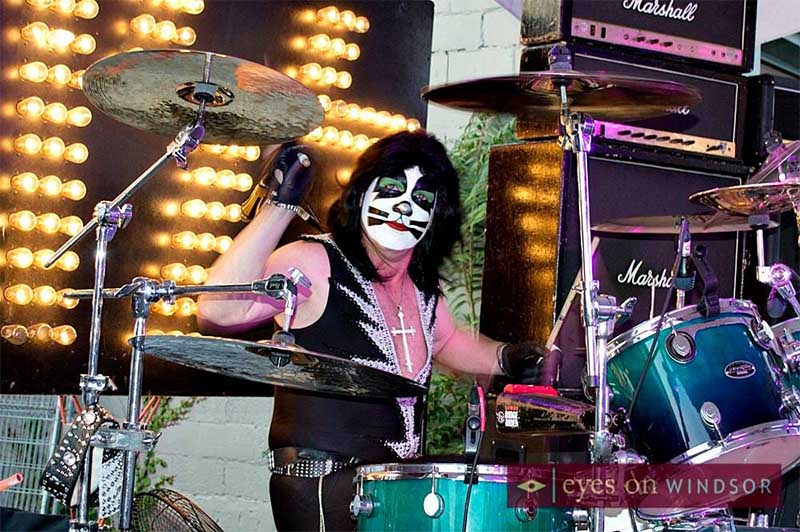 KISS Tribute Destroy Canada band member Michael Chichkan as Peter Criss drumming during the 13th Annual Walkerville Art Walk and Rock on Friday, July 24, 2015. Chichkan has since retired and his spot in the band has been taken over by Chad Walls. Photo by Eric Bonnici / Eyes On Windsor.

Destroyer is a highly sought after Kiss tribute band that has been touring across Canada for over twenty five years. They’ve performed at numerous venues including the Toronto CNE, The Calgary Stampede, The World Skills Competition, numerous festivals, and casinos. They’ve earned the title, “Canada’s Premiere Kiss Tribute Band”.

Pop Cherry has energized classic rock fans and turned on a new generation to an era of Rock N Roll that features songs which still resonate with modern day audiences. Band frontman Joey Varone, who helped launch Pop Cherry in 1977, will bring his group of passionate performers to headline the Lasalle Strawberry Festival on Saturday night. 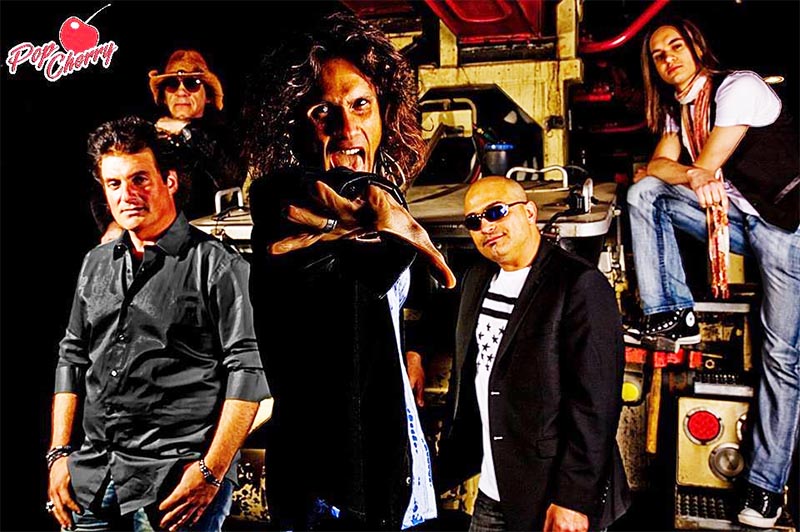 Pop Cherry exudes an energy like no other. This band from Toronto, Ontario is influenced by all genres of Rock and Roll including the Doors, The Beatles, The Rolling Stones, Aerosmith, AC/DC, Motown and countless other great musical talents. This band rocks the house every time always leaving the audience wanting more. Pop Cherry is an unforgettable act of musical talent performing both cover music and originals.

For more details visit the Lasalle Strawberry Festival event listing on our website.