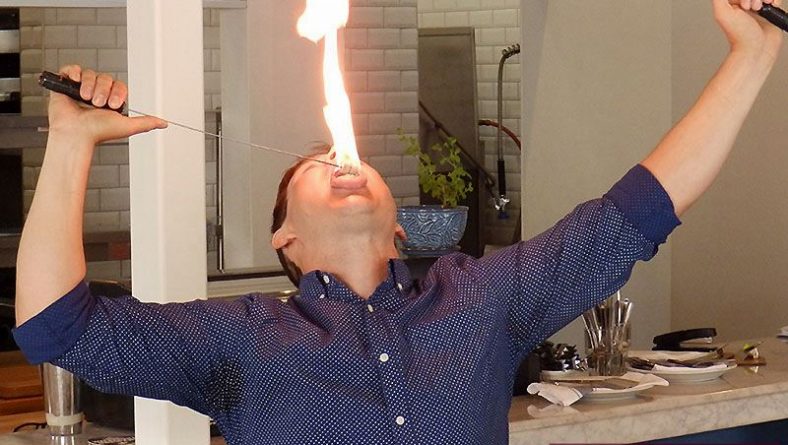 Organizers planning a new Busker Festival in Walkerville met the media this morning to talk about this exciting free street event. The inaugural “Buskerville Festival” will feature three days of “busking” attractions for the public, families, and children to enjoy.”

(Busker Jason Henderson shows how one goes about eating fire during a press conference at the Good Neighbour Restaurant in Walkerville announcing details about the upcoming Buskerville Festival. Photo above by Robert Tuomi / Eyes On Windsor.)

Directing the event is former Niagara Falls-based busker Jason Henderson. Now a resident of Windsor, he has some 15 years of busker entertainment under his belt. Simple things like eating fire, something he demonstrated to reporters gathered to get the 411 on the festival.

Sponsored by LiUNA 625, Buskerville will take over Walkerville from 6pm on Friday, August 10th to 6 pm on Sunday, August 12th.

Activities will be expanded from the street to include two ticketed “Busk At The Brewery” showcases on Friday and Saturday starting at 11:00pm both nights. The “saucy” late night performances, as the organizers describe them, will be restricted to attendees over 19 years of age.

In all six acts, from across North America will be performing. Some of the, “most incredible and unique busking acts in the world,” have been lined up. Guests will be treated to the likes of Seb Whipits, Monsters of Schlock, Wacky Chad, the Flyin Hawaiian, Pyromeo and Kobbler Jay. 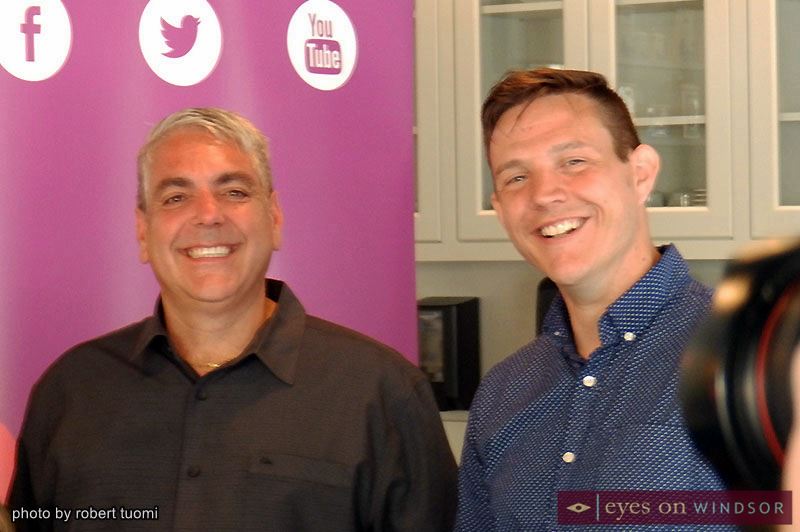 Founder Mark Boscariol, of Walkerville’s Good Neighbour eatery, stressed the importance of bringing in quality acts. If only to keep the Rose City in the eyes of international performers, thus ensuring a world class festival.

In his calculations, the event could lead to jobs as well as building a sustainable base of annual street fun.

To ensure locals have an opportunity to learn the skills of buskers, Windsor’s downtown Circus School has been given a designated spot to set up a Busker Academy.

School administrator Marley Reaume told Eyes on Windsor participants will be able to learn a variety of skills such as juggling and spinning plates on a stick. It is but a taste of the school’s usual fare. Housed in the Chelsea Apartments on Pelissier Street, the school offers more in-depth programs producing aerialists, acrobats and circus performers. 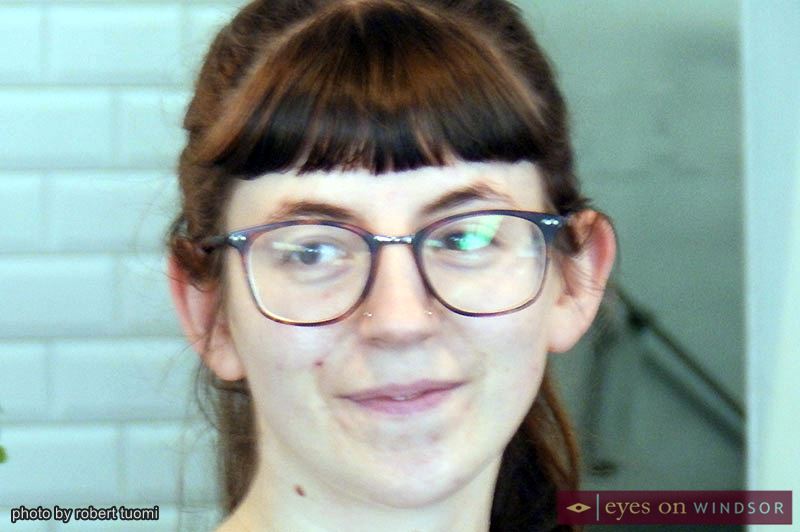 Windsor has a bit of exclusivity for its busker weekend. There will be nothing like it between here and Kitchener and well into Michigan. Because of this, its proponents are sure the city will be a magnet attracting Canadian and American tourists from far and wide.

Buskers, says Henderson, Buskerville’s executive director, have been around for thousands of years starting back in Egypt.

Two performance areas will be marked out. One will be in the parking lot across from the Walkerville Brewery on Argyle Road. The second will be sited at the intersection of Brant Street and Argyle Road.

Information is also available at buskervillefest.com. 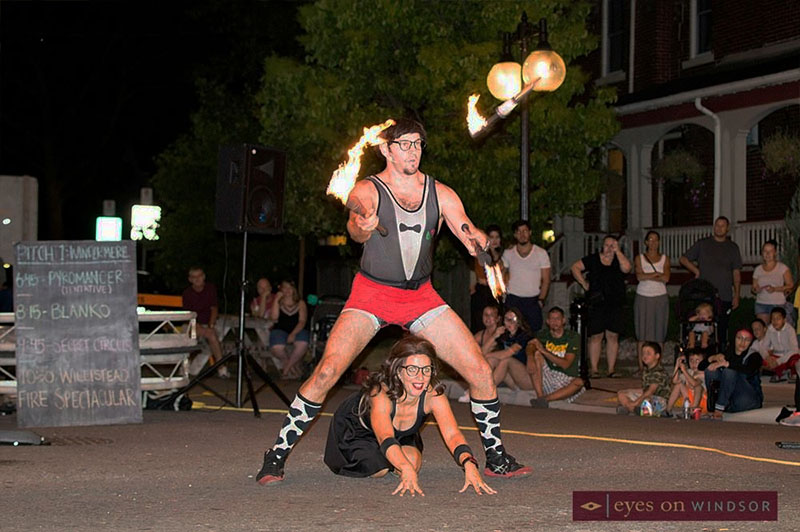 Busker duo, Secret Circus Show, perform on the streets of Walkerville on August 13, 2016. Photo by Eric Bonnici / Eyes On Windsor.