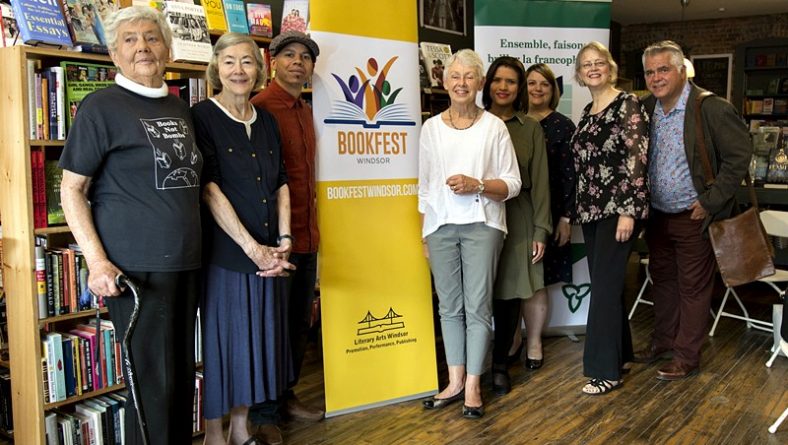 (Members of the Bookfest Windsor 2018: The Power of Story, event committee following a press conference the details at Biblioasis in Windsor, Ontario, on October 3, 2018. On the far left is Bookfest Windsor founder Anne Beer. Photo above by Eric Bonnici / Eyes On Windsor.)

BookFest Windsor 2018: The Power of Story, held a press conference to announce the schedule of authors, events, and activities that will draw Canadian authors, publishers, playwrights, storytellers, and their readers from across Canada and around the world to downtown Windsor for a weekend of enlightening discussions, riveting panels, and lively entertainment. Announcements about the 17th edition of this top ranked literary festival in Canada were made by the event committee at Biblioasis Books Store on Wyandotte Street East on Wednesday, October 3, 2018.

Bookfest Windsor Chair, Sarah Jarvis, began the press conference. Before getting into the highlights and details of the festival Sarah announced that Literary Arts Windsor, organizers of Bookfest Windsor, were the proud 2018 recipient of the Rotary Club of Windsor 1918: Walter Hadden Literacy Award. Greg Dehetre representing the Rotary Club of Windsor 1918 presented a check as part of the award to Literary Arts Windsor president Lenore Langs. “We’re very proud to help support all the things that Literary Arts Windsor does to support literacy in our community,” stated Dehetre. 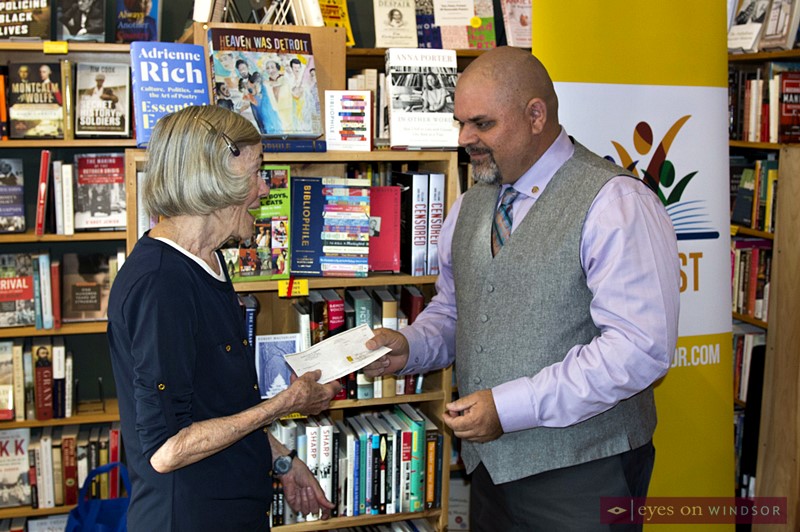 Following the check presentation, Gisèle Dionne of ACFO WECK spoke about this year’s expanded Bookfest Windsor francophone program explaining that it has now expanded to four days. Two of the three francophone authors have been writing books for children and young adults. The authors include David Bouchard, Isabelle Larouche, and Arlette Cousture. 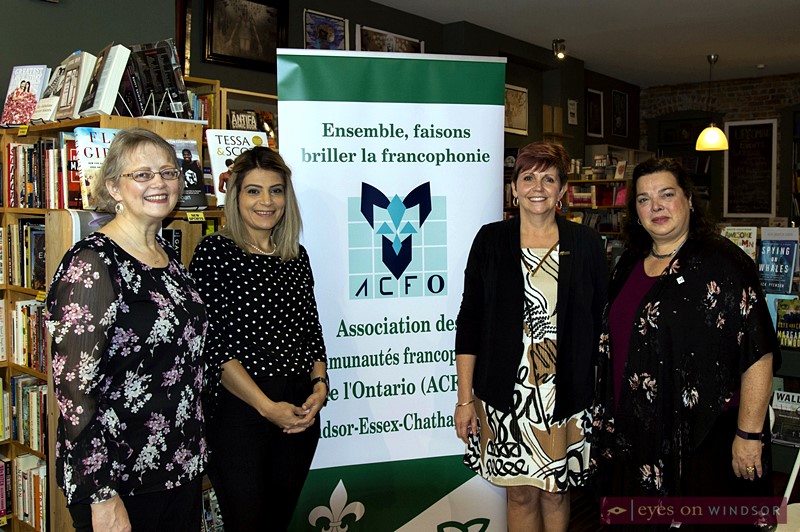 Sandra Gulland’s series of historical novels about Josephine Bonaparte have appeared on best-seller lists internationally. A must for history buffs – she brings her craft to a moving tale of Josephine’s daughter.

Elly Blake, an Essex County author, has appeared on the New York Times bestseller lists with her fantasy fiction for young and grown-up readers.

Sharon Butala has appeared on best-seller lists for years. Workshops: For writers in French and English including the secrets of communicating with your publisher.

Biblioasis author, Randy Boyagoda, is one of Canada’s funniest writers. A regular presence on CBC Radio, his most recent novel, Beggar’s Feast, was selected as a New York Times Book Review Editor’s Choice and longlisted for the IMPAC Dublin Literary Prize.

Jan Wong is a third-generation Canadian who grew up in Montreal speaking English, some French and zero Chinese. In the summer of 1972, while majoring in Asian studies at McGill University, she traveled alone to the People’s Republic of China. At 19, she talked her way into a spot at Peking University, becoming the first of two Westerners to study in China during the Cultural Revolution, a tale she recounts in her memoir, Red China Blues, My Long March from Mao to Now. 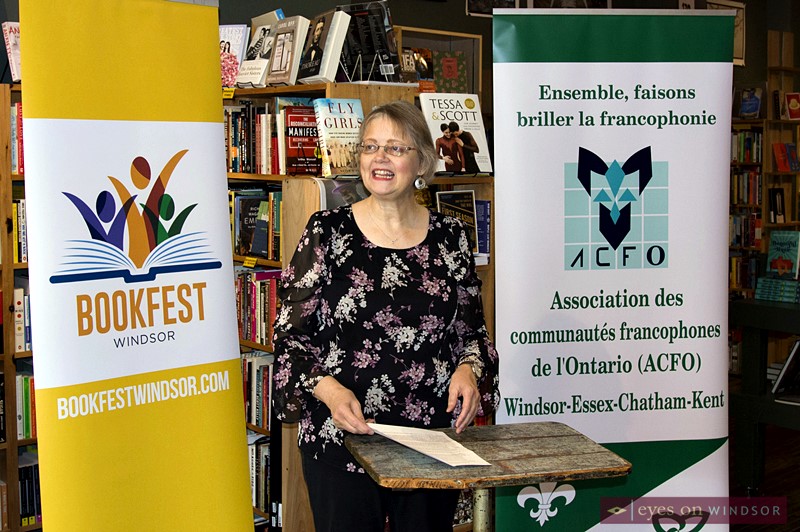 Sarah Jarvis, Chair of Bookfest Windsor, announces details of the literary festival at Biblioasis in Windsor, Ontario, on October 3, 2018. Photo by Eric Bonnici / Eyes On Windsor.

The popular Books and Brunch returns featuring Sharon Butala. With decades of non-fiction literary and speaking success, prize-winning Sharon Butala is CanLit’s Secretary of State. This is a unique opportunity to hear her speak and share her fiction.

Bookfest Windsor will also add a dash of live music performed by local entertainer Alessandro Rotondi. He will be on stage at the Capitol theatre featuring Blackburn Radio’s Dan McDonald in conversation with author Michael Barclay.

Barclay is the “Tragically Hip / Gord Downie Biographer” who wrote the Never-Ending Present: The Story of Gord Downie and the Tragically Hip. This event will give guests an exciting look into the secrets of The Hip!

In addition to the Capitol Theatre, the majority of Bookfest Windsor’s schedule of events will take place at the new University of Windsor School of Creative Arts (SoCA) Armouries building. Phog Lounge, in partnership with Windsor Poetry Slam, and The City Grill Event Centre are other venues.