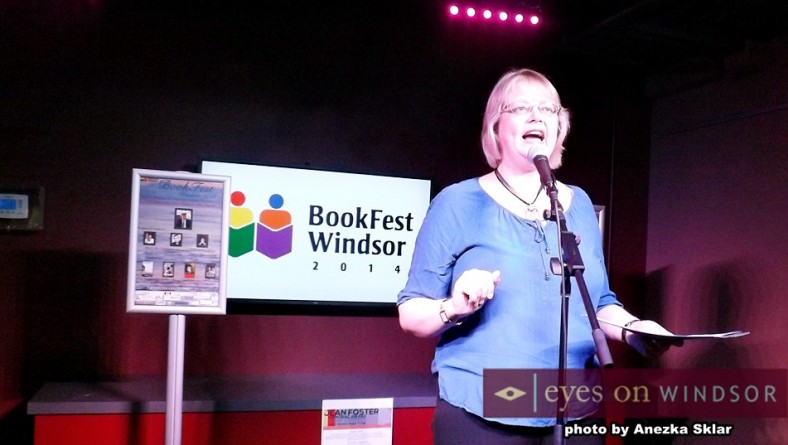 Organizers of BookFest Windsor 2014 announced the details and schedule of events for this year’s festival at The Windsor Star News Café on September 10, 2014.

The 13th annual BookFest Windsor literary festival will feature unique literature and entertainment. The festival event draws Canadian authors, publishers, graphic artists, and their readers to downtown Windsor for a weekend full of author readings, panel discussions, drama, music, visual arts, and more. BookFest Windsor attracts an enthusiastic reading audience from both sides of the border with participants from several universities, including Windsor, Western, Wayne State, and University of Michigan. Over the years the event has helped build other strong reading communities in cities like London, Ontario and Ann Arbor, Michigan.

International best-selling crime writer Louise Welsh will present her latest literacy suspense fiction, the first “outbreak” in the Plague Times trilogy, A Lovely Way to Burn. This is her sixth psychological thriller. Welsh’s work has earned her an international reputation and long list of awards. You can join Welsh on October 25, 2014 at 1pm at Capitol Theatre and Art Centre, Windsor.

A special tribute paid to one of Canada’s finest writers Alistair MacLeod will be held on October 25, 2014 at 8:00 pm inside the Capitol Theatre’s Pentastar Theatre.

New this year is an interactive BookFest Windsor social media presence on Twitter and Facebook, books and film partnership, Windsor and Detroit author panel, and a Book Club partnership with the Windsor Public Library.

BookFest Windsor runs from October 23, 2014 to October 26, 2014. The main venues are at The Capitol Theatre and Art Centre, The Art Gallery of Windsor, Artcite Inc., and other locations in Windsor-Essex.

BookFest Windsor 2014 is organized by the BookFest Windsor Committee in partnership with Literary Arts Windsor and with the support of the City of Windsor’s Arts, Culture + Heritage Fund, the Ontario Arts Council, the Canada Council for the Arts, Canadian Heritage, and the TD Bank Group.

For more information about the event please visit www.bookfestwindsor.com.