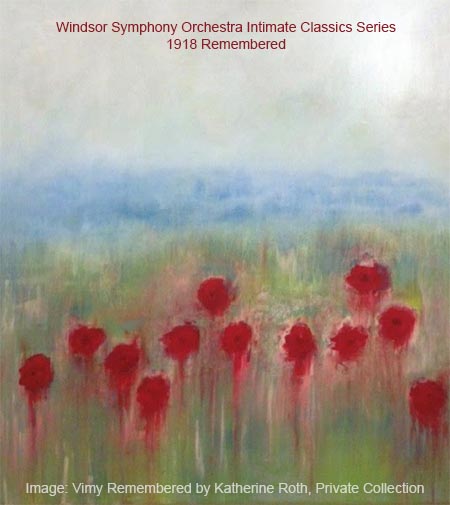 Part of The Windsor Symphony Orchestra Intimate Classics Series, 1918 Remembered, is a moving Remembrance Day program that commemorates the 100th anniversary of the end of the First World War, taking place at the University of Windsor’s Assumption Hall Heritage Auditorium on Sunday, November 11, 2018.

The performance pays tribute to those who experienced the horror and devastation of the First World War.

Performances will feature two works by Jacques De La Presle (Sonata for Violin and Piano, Petite Suite for Bassoon and Piano) and the North American debut of Bob Chilcott’s “Move Him Into The Sun”.

In 1918, the Great War ended when Germany signed an armistice agreement with Allied forces.

For more information or to purchase tickets please visit