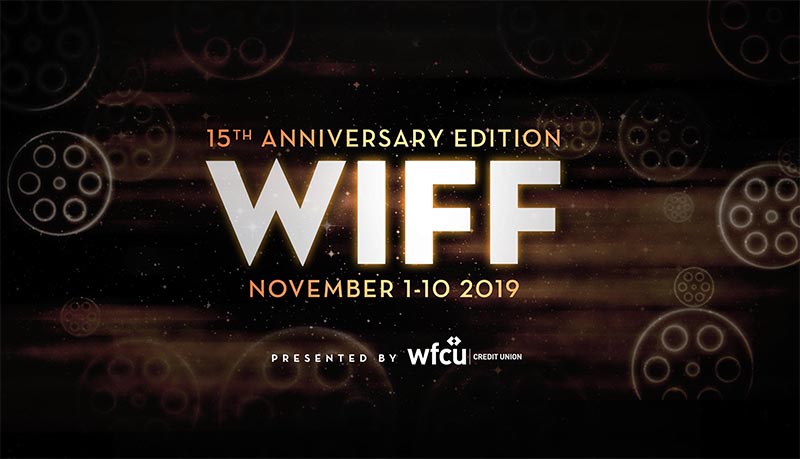 The 15th Annual Windsor International Film Festival (WIFF) takes place at three venues in downtown Windsor including The Capitol Theatre, The Chrysler Theatre, and University of Windsor School of Creative Arts (Armouries Building) on November 1 to 10, 2019.

Now expanded to span 10 days WIFF 2019 promises to be the biggest and most exciting festival yet, with special guests, provocative programming, and some of the biggest stars from Hollywood and around the world. This year’s festival features over 277 screenings, 165 features and documentaries, and 13 short films!

To celebrate their 15th Anniversary WIFF has an extra weekend making this a 10 day festival. Patrons can experience WIFF Alley, an urban transformation project to promote the arts, especially film, that features a corridor connecting screening venues and animating the downtown core. WIFF Alley adds increased lighting and incredible public art installations. WIFF Village has been added to the second weekend of the festival featuring a tented space on University Ave. W. in front of the Capitol Theatre with live entertainment and signature events. The festival will also include Oscar-nominated actress Shohreh Aghdashloo being presented the 2019 Spotlight Award. And there’s lots more happening for this 15th Anniversary celebration. Making it extra special is that it coincide with the same year that WIFF has been named Canada’s
No. 1 Film Festival on TIFF’s Film Circuit.

In addition, the 48 Hour Flickfest returns this year, where filmmakers of all backgrounds take on the challenge of filming, editing, and submitting an entire short film in the span of 48 hours. The 48 Hour Flickfest has been named in honour of the late Mark Boscariol, who had the vision, will and work ethic to build the Windsor International Film Festival into the can’t miss event it is today.

This year’s 48-Hour FlickFest took place from Oct. 4 to 5 and saw neophyte and veteran filmmakers from Windsor and Detroit race against the clock to produce a five-minute movie. One film will be chosen by a panel of judges as the winner and celebrated at WIFF closing ceremonies with the Mark Boscariol Best of FlickFest Award.

Boscariol was the founder of the Windsor International Film Festival in 2005.

From humble beginnings in the fall of 2005 to what is now an established cultural force on the Canadian film scene, WIFF has a lot to celebrate in its 15th Anniversary.

In keeping with WIFF’s mandate to enrich audience experiences through films of artistic and cultural significance, Canadian, local, and international films will be screened throughout the festival.

For a full schedule of events and film screenings, and for ticket information visit the official WIFF website.