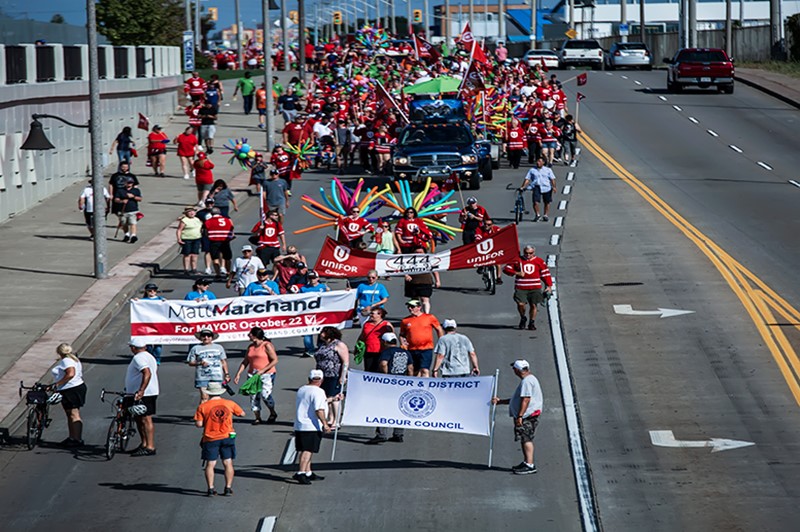 The Windsor Ontario Labour Community heads along Walker Road by the underpass near Grand Maris during the annual Labour Day Parade on Monday, September 3, 2018. Photo above by Kirk Harris / K&M Photography.

The parade will start at 10am with marshaling beginning at 9am from the Unifor Local 200/444 Union Hall on Turner Road. The parade route will run along Walker Road and turn onto the E.C. Row Service Road to the Fogolar Furlan Club.

At the Fogolar enjoy lots of family fun including live entertainment with arts and crafts, facepainting, bouncy castles for the kids and free hot dogs, pop, and water while supplies last.

Also at the event, enjoy a Classic Car Show!

Please help the less fortunate by bringing canned goods or fresh produce to be collected by the Unemployment Help Centre Van along the parade route. Items can also be dropped off at the Fogolar Furlan Club or Unifor Local 200/444 Hall. 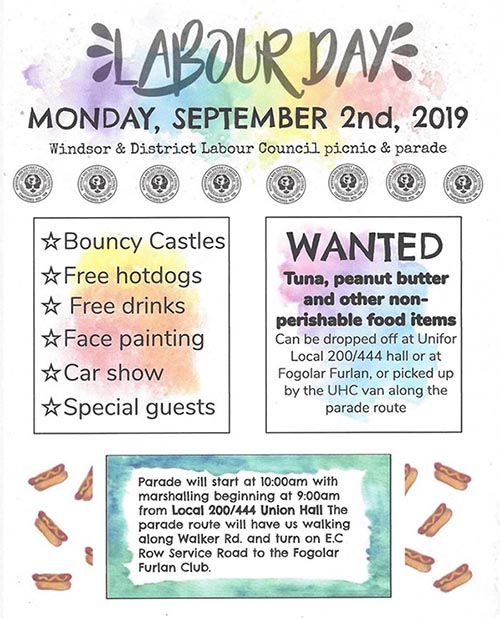