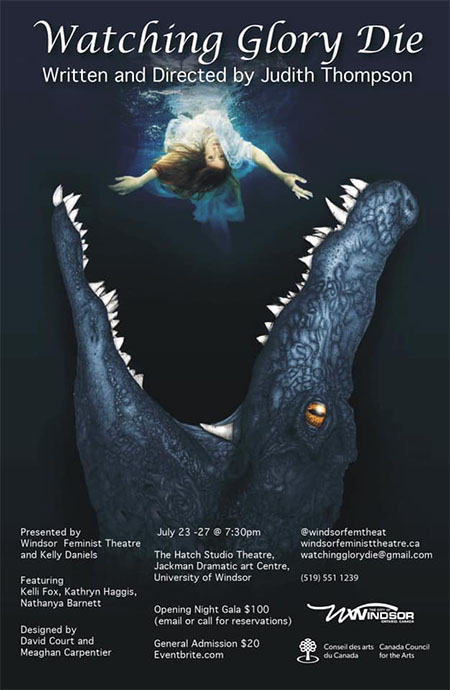 Windsor Feminist Theatre and and Kelly Daniels presents the premiere of Watching Glory Die written and directed by Judith Thompson at the University of Windsor Hatch Studio Theatre on July 23, 24, 25, 26, and 27, 2019.

Judith Thompson’s riveting and exquisite portrayal of three women trapped in a broken prison system will leave you dumbfounded.The play is inspired by the shocking and true story of teenager, Ashley Smith, who – after five years of being misdiagnosed, and mistreated, hallucinating away in ‘therapeutic quiet’ – died by suicide in her prison cell because the guards were ordered not to interfere.

“Ashley is an outlier, like every artist. Ashley simply could not be a “good girl.” She could not shut up and do what she was told. She was wild, and reckless, and if she had been a boy, she would have been admired. The artist’s job is to throw those crab apples, to unsettle and startle conforming folks, to question everything. That is what Ashley was doing, in her way, and she paid with her life. Hers was not a suicide. It was a homicide. It was, in fact, ruled a homicide in civil court. Who was punished for her death? Only the guards, who were doing their jobs, afraid to jeopardize their pensions. Those who gave the orders were promoted. I am as interested in the guard, who I call Gail, and Ashley’s mother Coralee, who I call Rosellen, as I am in Ashley. Three women, all ensnared in patriarchal fascism.” – Judith Thompson

Watching Glory Die takes a bold dramatic leap to forge the kind of visceral lyricism that is the hallmark of Judith Thompson at her most powerful. – Canadian Stage.

Tickets for our Opening Night performance and Gala, on July 23rd @ 6:30pm, can be purchased for $100 by contacting Kelly Daniels at watchingglorydie@gmail.com. This includes: Pre-show Q&A, performance, and post-show reception at Mare Nostrum Restaurant on campus, including meet and greet with cast, creative team, and Judith Thompson. A $50 charitable donation receipt will be issued.

Recommended for ages 12+ with mature subject matter and coarse language 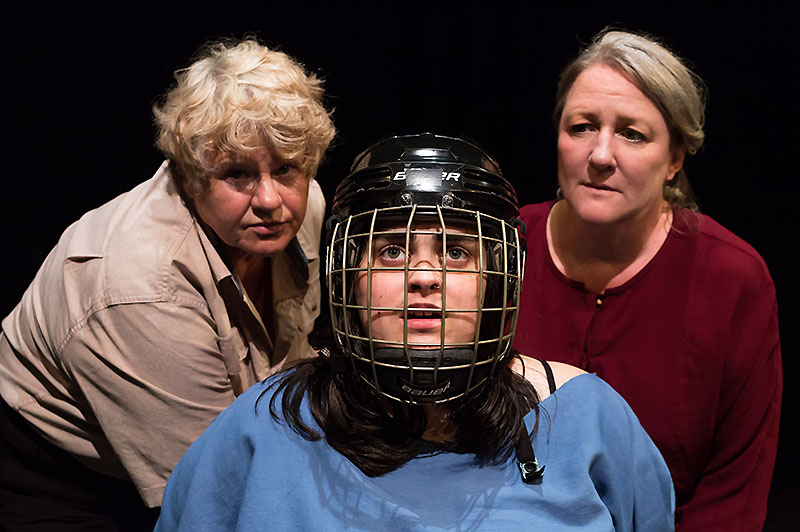