Walk Off The Earth WSG Christee Palace at Caesars Windsor 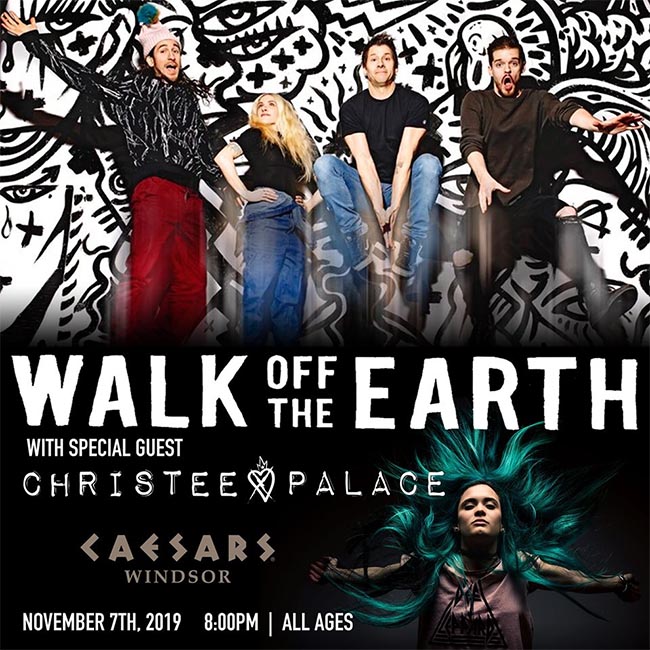 Juno-winning rock band Walk Off The Earth with special guest, blue-haired pop-rock Windsor native Christee Palace will perform an all ages show in The Colosseum at Caesars Windsor on Thursday, November 7, 2019.

Platinum selling, Canadian indie pop band Walk Off The Earth is an unconventional, multi-talented musical phenomenon currently taking the world by storm. Based in Burlington, Ontario, their brilliant 5-people-playing-one-guitar interpretation of Gotye’s “Somebody That I Used To Know” exploded onto YouTube, garnering over 180 million views. New fans from around the world immediately fell in love with the band’s organic, independent, sincere and honest original songwriting, cover interpretations and beautifully filmed videos.

Following this success, the band has released a string of successful original songs including, “Red Hands” , “Fire In My Soul” and “Rule The World”; Consider starting a new sentence, rather than semi-colon sold out venues across the globe and collaborated with some of the biggest artists in the world, including Keith Urban, Snoop Dogg, Nicky Romero and Steve Aoki.

In late 2018, Walk Off The Earth faced a major and unexpected loss with the sudden death of band member Mike “Beard Guy” Taylor. Mike’s incredible ability behind the keys gave the band a sturdy foundation to soar and create. In the wake of Mike’s passing, and with much difficult consideration, the band decided to move forward and use the opportunity to honour and share the extraordinary legacy Mike left behind.

Their independent spirit, unstoppable work ethic, and awe-inspiring creativity have catapulted Walk Off The Earth into new and uncharted waters with only bigger and better things on the horizon.

Don’t miss your chance to see Walk Off The Earth with special guest Christee Palace live!

In Photos: Walk Off The Earth Tour Kick Off WSG Virginia To Vegas (2018) 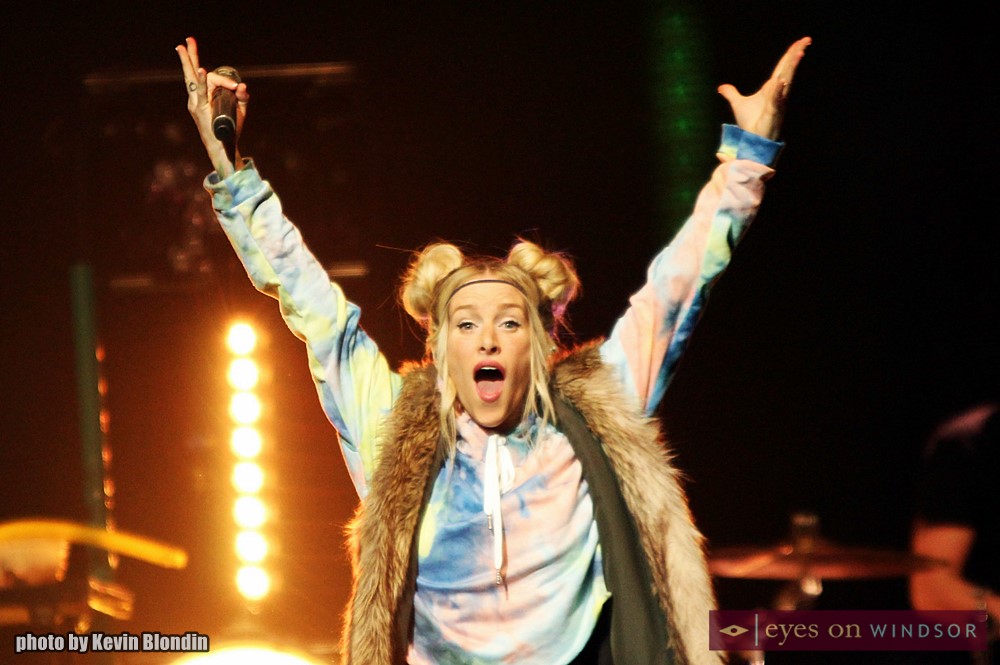 Sarah Blackwood (aka Sarah Sin) performing on The Colosseum Stage at Caesars Windsor with her band Walk Off The Earth as they kick off their 2018 tour on February, 22, 2018. Kevin Blondin / Eyes On Windsor