Tug Across The Detroit River | The Only International Tug of War 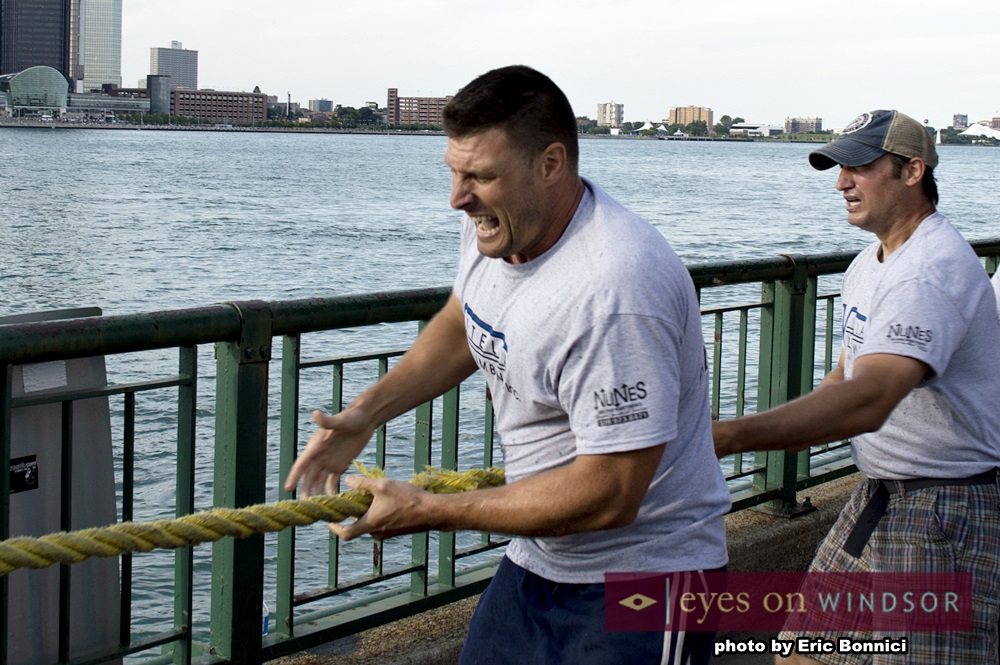 The 30th Annual Tug Across The River, the only international tug of war, takes place on Friday July 10, 2015 at Dieppe Park. The tradition which began in 1985 involves Team Windsor at Dieppe park battling Team Detroit located at Detroit’s Hart Plaza. Each team will pull in a length of rope from the middle of the Detroit river. The team that does it fastest wins!

The event takes place at 5:45pm at Dieppe Park prior to the 21st Annual Bluesfest Windsor kick off which starts at 7pm.