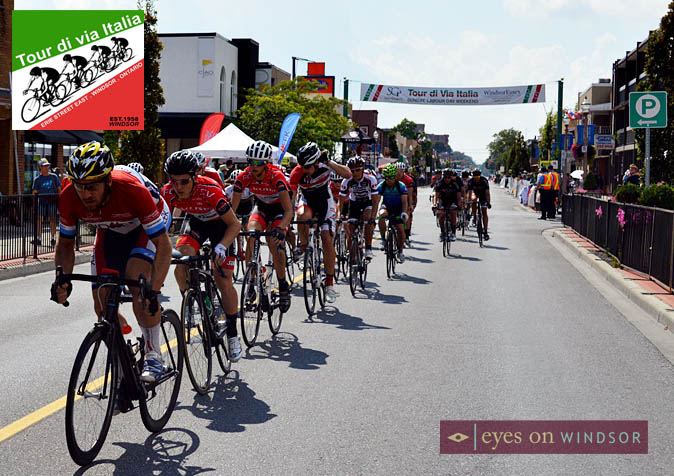 Tour di Via Italia, Canada’s longest running international bicycle races and one of the oldest continuously held bike races on the continent, has taken place every Sunday of Labour Day Weekend since 1958 on Erie Street in Windsor Ontario’s Little Italy. The event hosts thousands of amateur and professional bicyclists and spectators from all around North America and around the world. Each year cycling competitors and bicycle racing enthusiasts make the pilgrimage to this historic Windsor spectacle.

The late afternoon Pro Race is always the highlight of the day. Join the fun, excitement, great atmosphere and great food. Many great restaurants and cafes have patios located right along the start/finish line.

The day will kick off with the Running Factory 5K Foot Race & Kid’s Dash at 11am.

To register for the race visit Raceroster.com 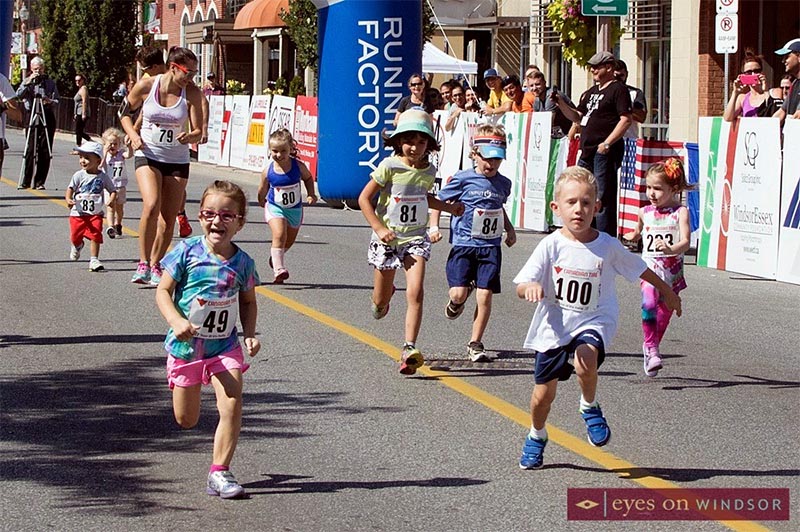 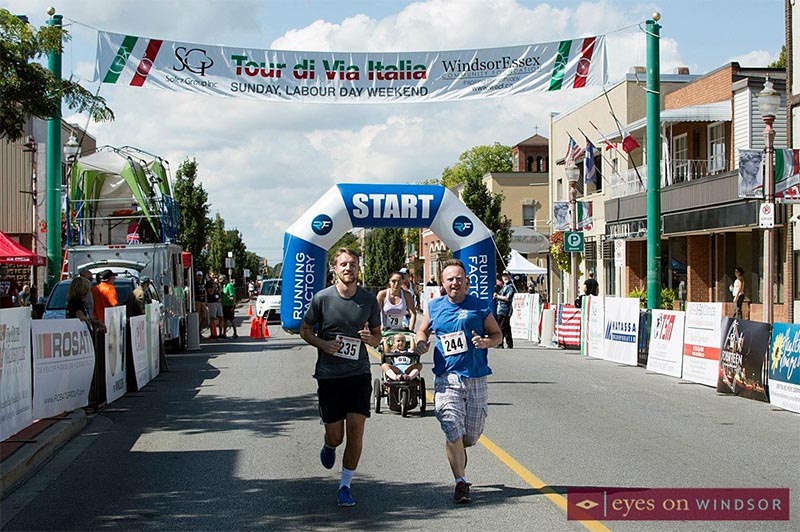 The Tour di Via Italia bicycle races start at 1pm on Sunday.

While the pros may be competing at this event you’ll also find various divisions and amateurs and local competitors too.

There’s fun for everyone including family/kids and tricycle races later in the day. 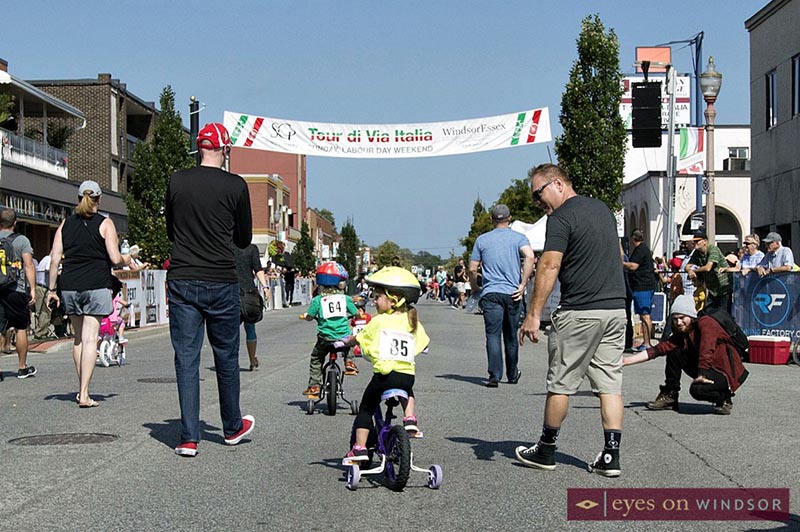 Children racing their bicycles with a little guidance and encouragement from their parents in the Tour Di Via Italia kids race in Windsor, Ontario. Photo by Eric Bonnici / Eyes On Windsor. 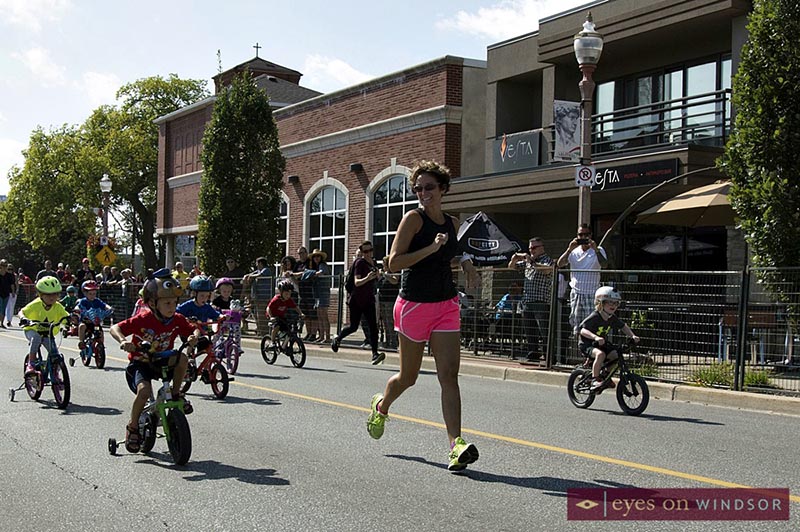 Children racing their bicycles in the Tour Di Via Italia kids race in Windsor, Ontario. Photo by Eric Bonnici / Eyes On Windsor.

Competitors can register online in advance online. Day of registration begins at 9am and the bicycle races begin at 1pm.