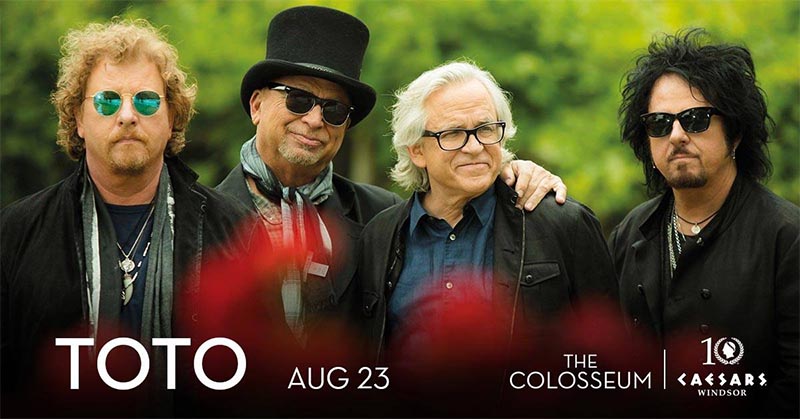 Celebrating their 40th anniversary, the Grammy-Award winning band Toto will bring their 40 Trips Around The Sun tour to The Colosseum at Caesars Windsor on Thursday, August 23, 2018.

Toto, one of the top-selling, touring and recording acts in the world, is known for their instantly recognizable greatest hits “Africa,” “Hold the Line” and “Rosanna”. Recently, the group released 40 Trips Around the Sun, an expansive Best Of collection that features three new recordings; “Spanish Sea”, “Alone” and “Struck By Lightning”, alongside newly remastered classic tracks.

Few ensembles in the history of recorded music have individually or collectively had a larger imprint on pop culture than the members of Toto. Since the band was formed in 1977, Toto have released 14 studio albums together, and individually the band members can be heard on an astonishing 5,000 albums including work by Michael Jackson, Elton John, Steely Dan, Pink Floyd, Aretha Franklin and Neil Diamond. As one of the only bands from the 1970’s that have endured the changing trends and styles, Toto continues to have a multi-generational worldwide fan base.