The Clairvoyants Bring Their Magic & Mentalism To Caesars Windsor 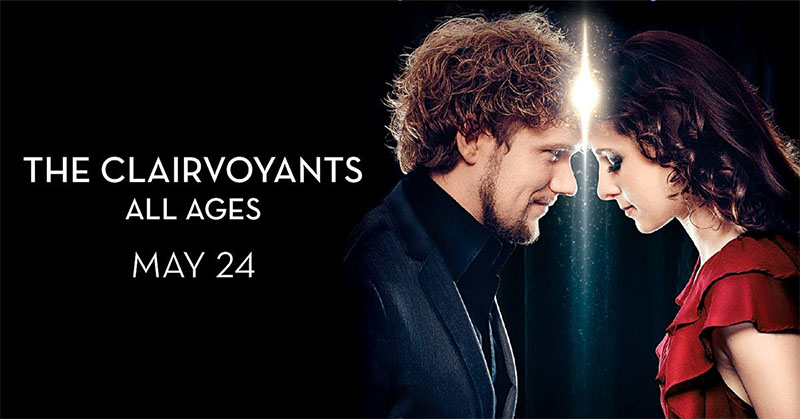 One of America’s Got Talent’s 2016 top finalists and champions, magic duo The Clairvoyants, Thommy Ten and Amelie Van Tass, perform their unbelievable mentalist feats in an all ages show at Caesars Windsor on Friday, May 24, 2019.

With a special connection with her partner Thommy, Amelie entrances the audience using her unique art of intuition. Their show offers amazingly entertaining elements of clairvoyance, modern masterpieces of trickery and unforgettable moments filled with thought-provoking fun with audience interaction.

When the duo met in 2011, they began to develop a “second sight” act, and two months later brought it to the stage for the first time. Within a year they had developed a full-length show. Shortly thereafter, they began touring Europe. The Clairvoyants have appeared in the show The Illusionists, the largest touring magic show in the world, performing tours around the world. Van Tass and Ten were awarded the “German Champions of Mentalism”, “Magicians of the Year”, 2015 and, were enthusiastically chosen as the “World Champions of Mentalism, 2015”, a prize that hadn’t been awarded in 30 years.The Clairvoyants first achieved worldwide fame in 2016 when they decided to take part in the biggest talent show in the world, America’s Got Talent. After four months, six different performances and more than 100,000 contestants, America voted them second place.

Don’t miss your chance to see The Clairvoyants live during an ALL AGES show!

For more information or to purchase tickets online visit https://www.caesars.com/caesars-windsor/shows/the-clairvoyants