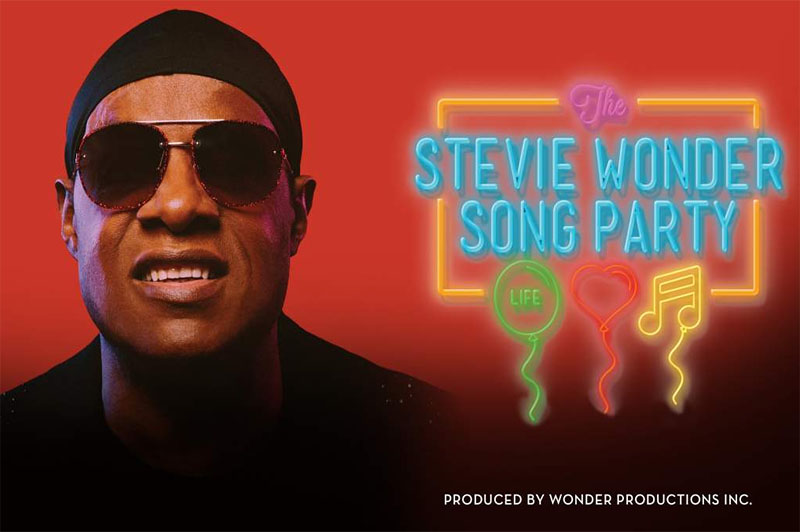 Stevie Wonder brings “The Stevie Wonder Song Party: A Celebration of Life, Love, and Music,” to Caesars Windsor for a live performance on The Colosseum stage on Tuesday, November 6, 2018.

Stevie Wonder is one of the most celebrated and prominent figures in popular music who, at the age of 12, was the youngest recording artist to have achieved a #1 single with “Fingertips, Part 2”.To date he has amassed 49 Top Forty singles, 32 #1 singles and worldwide sales of over 100 million units. Stevie has won 25 Grammy Awards, the prestigious Grammy Lifetime Achievement Award, a Golden Globe and an Academy Award.

As an activist, Stevie also spearheaded the realization of “Martin Luther King Day” as a national holiday. His participation in the “We Are The World” fundraiser for hunger in Africa was a music industry milestone while his involvement to put an end to apartheid in South Africa is legendary. He is the youngest recipient of the Kennedy Center Honors, and is a Commander of France’s National Order of Arts and Letters.

Stevie was awarded the Library of Congress’ Gershwin Prize for Popular Song and performed his commission, “Sketches Of A Life,” which placed him in a very select group of eminent composers who have received library commissions, including Aaron Copeland, Leonard Bernstein and Paquito D’Rivera.

Stevie has received the Presidential Medal of Freedom, and he is a designated U.N. Messenger of Peace with special focus on persons with disabilities. He continues to be a pivotal influence in U.S. and world events, demonstrating the activism that has made him such a vital voice for social progress and world harmony.

Tickets start at $75 Canadian, and will go on sale Friday, September 21 at noon.