Smokers: A Dramedy by Endor Presented by Monkeys With A Typewriter 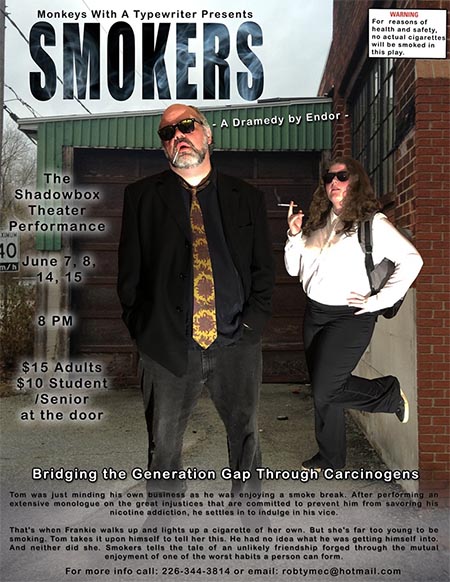 “Bridging the Generation Gap Through Carcinogenics”

Tom was just minding his own business as he was enjoying a smoke break. After performing an extensive monologue on the great injustices that are committed to prevent him from savoring his nicotine addiction, he settles in to indulge in his vice.

That’s when Frankie walks up and lights up a cigarette of her own. But she’s far too young to be smoking. Tom takes it upon himself to tell her this.

He had no idea what he was getting himself into.

And neither did she.

Smokers tells the tale of an unlikely friendship forged through the mutual enjoyment of one of the worst habits a person can form.

For reasons of health and safety, no actual cigarettes will be smoked in this play. 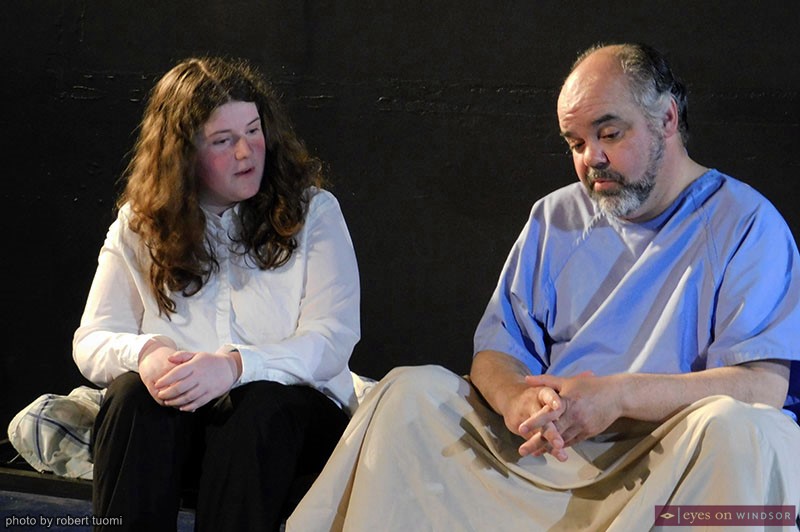 Celeste Jackson cast as Frankie and Rob Tymec cast as Tom performing in Monkey With A Typewriters production of Smokers at the Shadowbox Theatre in Windsor, Ontario, on June 7, 2019. Photo by Robert Tuomi / Eyes On Windsor.