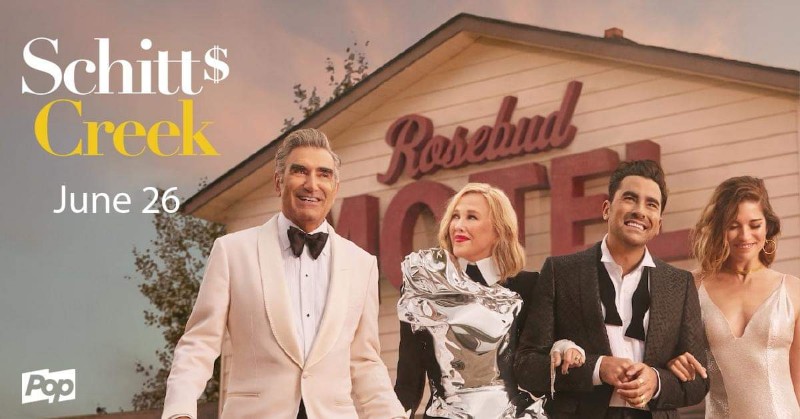 Schitt’s Creek’s stars Eugene and Daniel Levy, along with their co-cast, bring the Schitt’s Creek: The Farewell Tour to The Colosseum stage at Caesars Windsor. Originally set for Friday June 26, 2020, the show has been postponed.

Please Note: This show has been postponed and a new date has not been announced yet.

Join Schitt’s Creek cast members, Eugene and Daniel Levy, Catherine O’Hara, Annie Murphy, Emily Hampshire and Noah Reid for a live, interactive evening that promises to be fun and insightful while giving fans an insider’s look into the making of the series. Using clips, behind-the-scenes footage, stories from cast members, and some special surprises, fans will have a chance to engage with the actors and creators of the series Variety calls one of “the best TV shows of the year.”

Commissioned by CBC, Schitt’s Creek is produced by Not A Real Company Productions Inc. and created by Eugene Levy and Daniel Levy. The series is produced in association with CBC and Pop TV and distributed internationally by ITV Studios Global Entertainment.

The Levys have created one of the finest and funniest TV families of recent times. At this special, live event, see your favourite cast members take the stage to discuss the adventures of the Rose family at this not to be missed evening.

Don’t miss your chance to see all your favourite characters of Schitt’s Creek live!

Tickets start at $58 Canadian and go on sale at noon on Friday March 6.