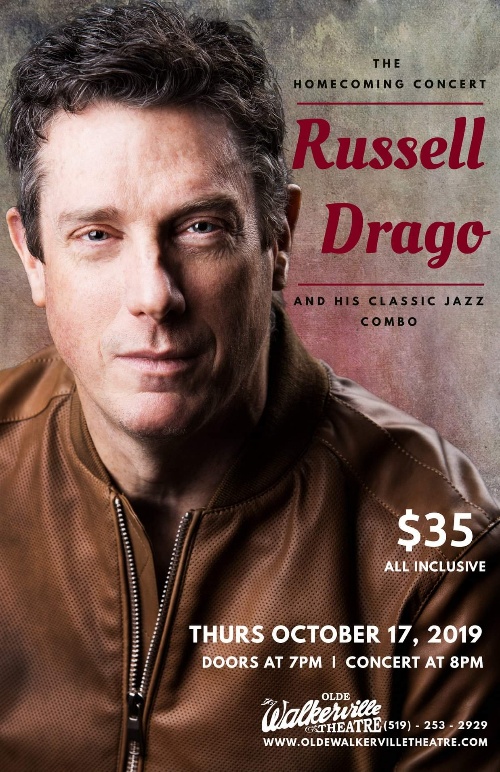 Critically acclaimed Russell Drago & His Classic Jazz Combo perform live in his hometown of Windsor for the first time ever at the Olde Walkerville Theatre on Thursday, October 17, 2019.

Born and raised right here in Windsor, Russell Drago has rightly earned critical acclaim and a fervent fan
following with his velvet baritone voice and versatile repertoire. He’s played the hottest venues in Southwestern Ontario, including all of Toronto’s iconic jazz clubs (The Rivoli, Lula Lounge, Hugh’s Room, The Home Smith Bar at The Old Mill).

But he’s never played in his hometown…until NOW!

Backed by his classic, super-tight jazz combo, Russell is bringing his old school love to Windsor—for one
night only! From classics like “Old Cape Cod” and “The Girl from Ipanema” to the more contemporary “My Cherie Amour” and “I Saw the Light”, it promises to be an unforgettable evening!

Tickets may also be purchased online at https://www.oldewalkervilletheatre.com