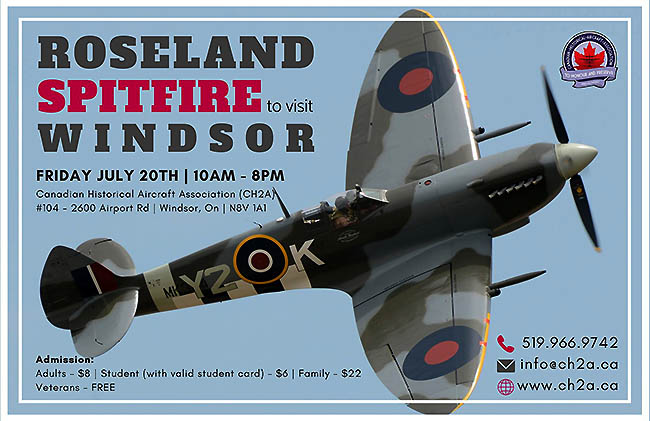 The Roseland Spitfire, from the Mike Potter Aircraft Collection, will be on display in Windsor at the Canadian Historical Aircraft Association CH2A Hangar at Windsor Airport on July 20, 21, 22, 2018.

This is an actual flying Spitfire and the first to be built in Canada. It will land at Windsor Airport and be on display to the public.

After many years, Spitfire MK IX TE294, known as the Roseland Spitfire, took to the skies for the very first time, making a triumphant debut in Ottawa for Canada’s 150th Anniversary.

The Mike Potter Aircraft Collection honours Arnold Roseland, and all those young courageous Canadian WWII Spitfire pilots who went to war and never came home, by building the first Spitfire in Canada and flying it in markings of the Canadian Y2K Spitfire.​

The Spitfire is known for being the finest World War II fighter plane and an aerodynamic engineering master piece.

Admission is $8 for adults, $6 for students (with valid student id), $22 for a family, and free for Veterans. 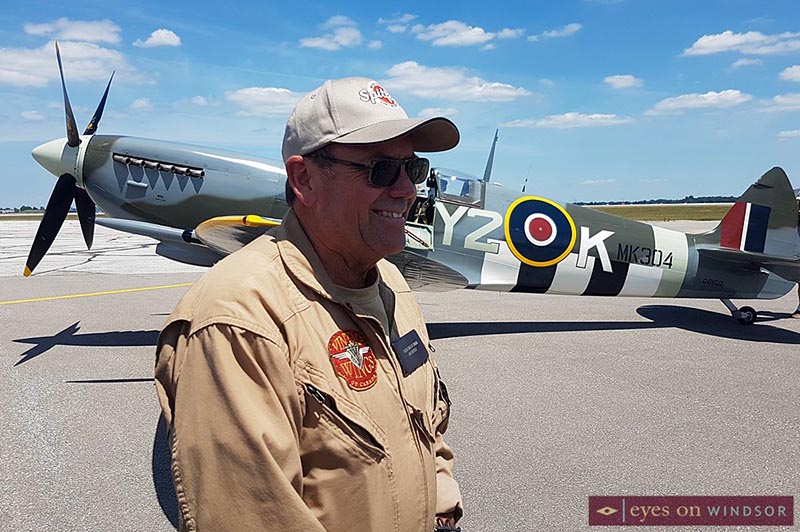